Forty minutes with the Fucales

Proud parents Jack and Catherine are delighted to see their son succeed.

Share All sharing options for: Forty minutes with the Fucales

My job entails a lot of cool tasks that I often take for granted, including (but not limited to) being paid to go to hockey games, speaking to athletes just moments after they've won a big game, and talking on the radio about sports. Since the World Juniors have come to town, my job description has broadened, and it has been a lot of fun. One of the tasks that I as assigned this week was tracking down Zach Fucale's parents to get them on TSN Radio's pregame show prior to Canada's 4-1 win over Finland on Monday.

After touching base with Zach's mother, Catherine, we set up a time and place to meet, where I would have media passes waiting for her and her husband.

I arrived at the family lounge a few minutes before our scheduled meet time, and asked IIHF volunteer where I could find the Fucale parents. He smiled and pointed at a man in a woman draped head to toe in Hockey Canada apparel, including Fucale jerseys.

I walked over and introduced myself, shaking Catherine's hand. I noticed the Hockey Canada logo temporary tattoo on her cheek.

"Oh, YOU'RE Robyn!" she said enthusiastically.

"Jack, it's Robyn!" she said to her husband.

I handed them their lanyards, they said quick goodbyes to the rest of the Fucale clan, and then they followed me to the elevators.

The elevator doors opened, and I led the Fucales down the stairs and onto the catwalk, We circled around the Bell Centre to the TSN 690 booth. 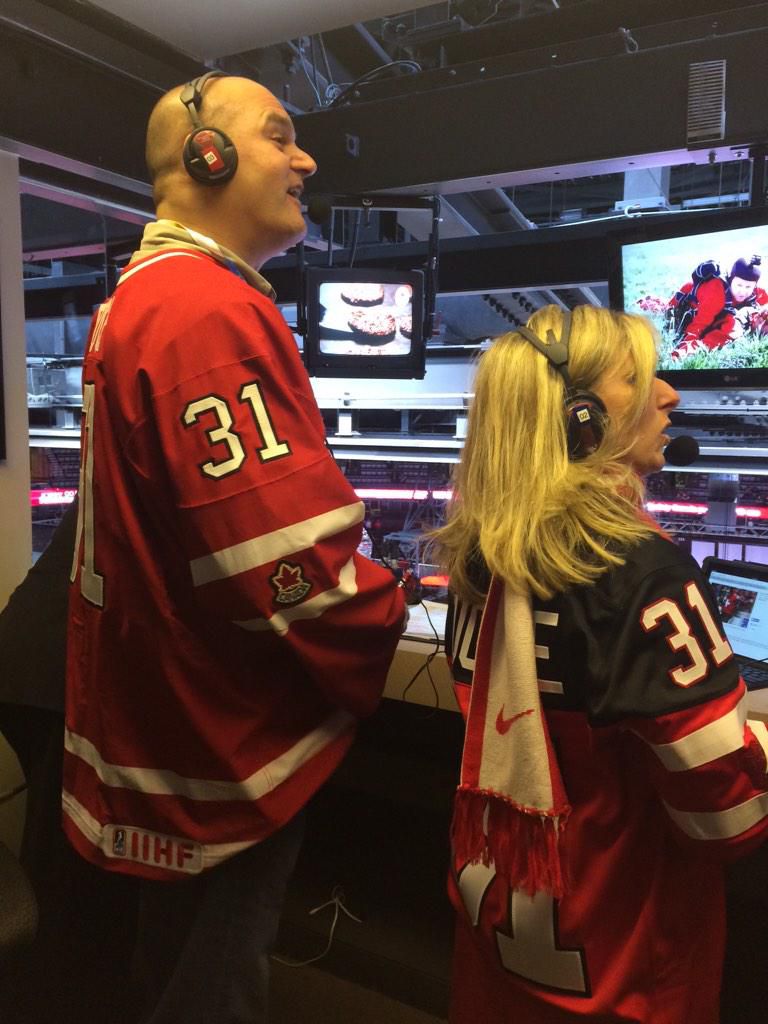 There was a lot of chit chat prior to their interview, and I learned a lot about the Fucale parents. Jack goes to almost all of his sons QMJHL games, particularly this year because it's Zach's final year of junior eligibility. It actually wasn't until Zach was drafted by the Halifax Mooseheads that his parents realized just how good of a goal tender their son was. It wasn't until he re-wrote the QMJHL record book that they realized he might actually make a career out of playing hockey. It wasn't until he was drafted by the Montreal Canadiens that they realized just how far he could go.

When the Fucales were done their interview, I began escorting them back to the elevators.

"Do we have to go right away? Can I watch the warm up?" asked Jack.

"He never misses the warm up," she said.

We leaned over the ledge to watch the rest of the warm up. There was enough light beaming from Jack's face to light up the whole rink. It's clear just how proud he is of his son.

The warm up ended, the players skated off the ice, and Jack, Catherine and I got back on the elevator. I spent forty minutes with the Fucales, and they are two of the nicest people that you'll ever meet.