'We're at a critical time': Hilary Knight on the growth of women's hockey

US National Team member Hilary Knight talks about the direction her sport is headed.

Share All sharing options for: 'We're at a critical time': Hilary Knight on the growth of women's hockey

It all started, innocently enough, with a tweet. Saturday night I saw this post from Hilary Knight float by my timeline.

The feeling she had wasn't new. Since the NWHL announced its start over the summer, and most of the US National Team went to that league, fans of women's hockey dreamed of any matchup between the top players in the world combining the two women's leagues.

But it got people thinking that collaboration would work between the two leagues, and had people dreaming that it was a possibility. Having one of the most recognizable women's hockey players in the world, and definitely the United States, saying it made it even more real.

"A bunch of us were talking on the bus on our trip to Buffalo this past week," Knight told me. "We want to play the best in the CWHL, and you can’t say that the best in the CWHL don't want to play us. That would be an awesome competition just because now the fans are forced to decide which league is better, which championship is worth more, so I just think it would be a fun way to really bring that competitiveness, get it to bubble up even more and spread the social awareness of these championships and of women’s professional hockey, and inspire young girls to say 'I want to win the Clarkson Cup' or 'I want to win the Isobel Cup.' We’re just more visible that way."

Of course, the fact that Knight tweeted to the NHL was done with a purpose as well.

"Anyone who claims they are in it for the development of the sport has a responsibility to help oversee the growth and development of hockey in general, and specifically women’s hockey," Knight said.

"I wouldn’t have tweeted at the NHL if I didn’t think it would be a great idea for both players and fans, and also the NHL as well.

"I applaud the Habs tremendously for the support they’ve given the Montreal team, so I think if we could somehow collaborate on a greater level that would really benefit women’s hockey in general."

"I think that the birth of the second league is great, and both leagues are great in their own right, but imagine what a force women’s hockey could be if the leagues were combined."

Since the NWHL started, fans of one league or the other have gotten hostile. Some mock the NWHL's business model, others the fact that the CWHL doesn't pay players a salary. Even some replies to Knight's tweets have that tone. Now, this isn't all fans, maybe not even most fans, just to be clear. To Knight — and other people in women's hockey, including Hayley Wickenheiser, Brian Burke and even NWHL commissioner Dani Rylan — the future is clear.

"The intention of the second league was to force growth and force development, and in some rights it has done that," Knight said. "Now that we’ve seen such a crazy amount of growth in such very infant stages, why can’t we figure out a collaboration among both sides of the border and figure out how to get the fans the best experience, combine competitions, and give the players the best competitive experience. It shouldn’t be one or the other. It’s never an either-or.

"I think the greatest thing that could happen in women’s hockey is if people collaborate and work together. I think that the birth of the second league is great, and both leagues are great in their own right, but imagine what a force women’s hockey could be if the leagues were combined. You look at the NHL, and the greatest amount of potential growth for hockey is on the women’s side, so it just seems like a no brainer.

"Now that both leagues are more involved in creating storylines, and utilizing and motivating their social media bases, I think it definitely helps build a platform where fans can go and find their players, or their favourite team, and support them night in and night out," Knight said. "But I don’t think our support really, from a structural standpoint on either side, is really where it needs to be. And I think that’s one of the benefits of having the greatest amount of potential growth, on the women’s side in the sport of hockey, is if you have a parent overseeing these two leagues, and somehow can collaborate them and bring them together, or restructure our system, it does support the needs of not only the players, but also the fans during the non-Olympic years. That would be a dream come true. 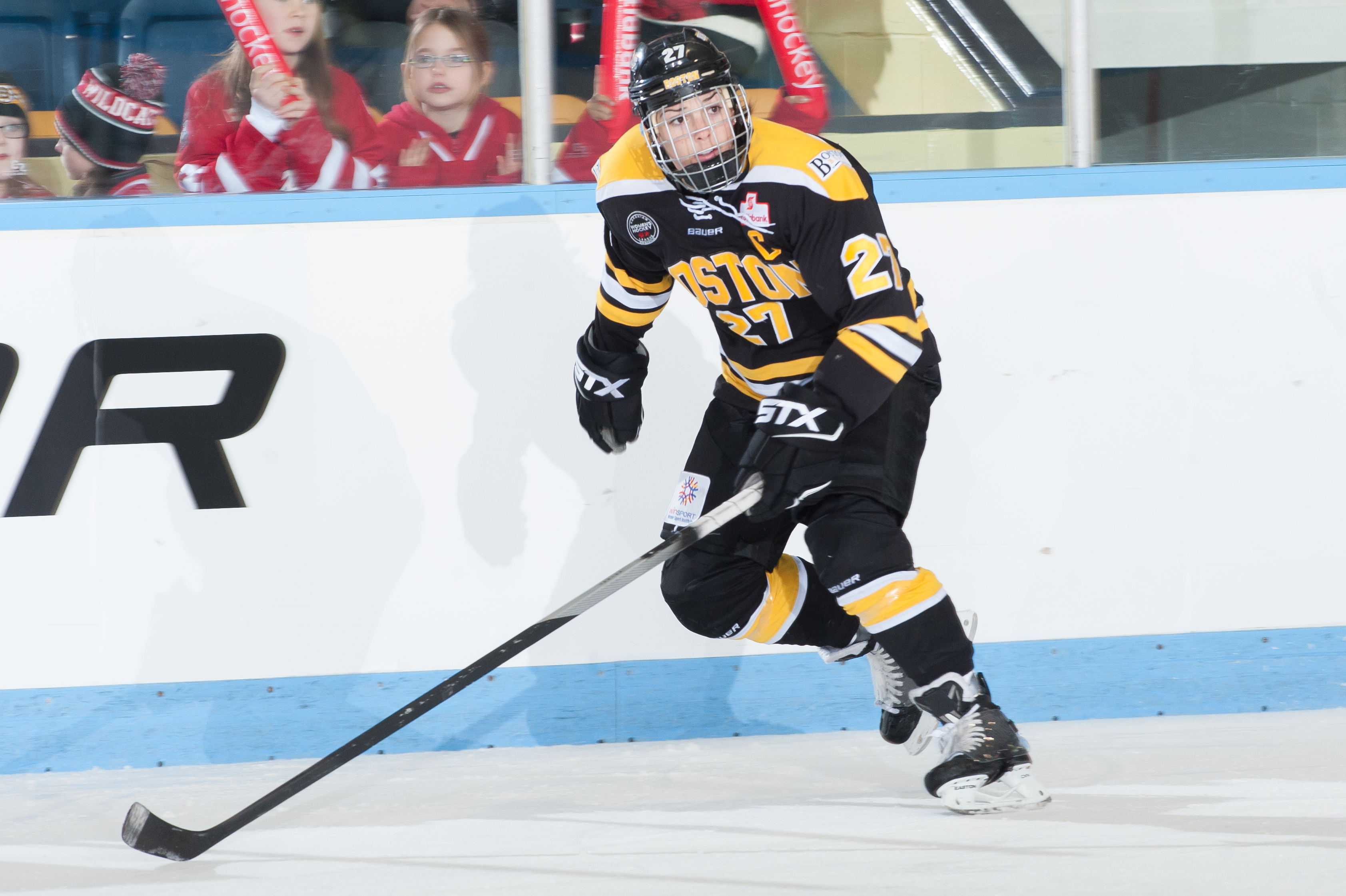 "To be honest, I don’t think either league has the answer. I think there needs to be someone who comes forward and unites the leagues in some capacity, or restructures them, or gets them to unite in some sort of way. Whether that’s cross-league exhibitions, or championship winners playing one another at the end, I don’t know what that looks like," she said. "Something needs to be done to collaborate more on the women’s side at a professional level."

There was an increase in buzz surrounding the sport after the Sochi Olympics. Both Americans and Canadians alike took to the players, and the teams, and even the players, could see a change.

"After Sochi it was like ‘OK, how do we sustain this?’ It’s not good enough to only spike ratings every four years. How do we sustain a competitive environment that not only keeps us players happy and moving forward to our Olympic dreams, but also giving the fans an experience they can only access every four years, because that’s only when the platform is available to them.

"In my years at Wisconsin, I learned if you put marketing behind women’s hockey, people will be in the seats, people will come out and support your team. People will be fans just because you’ve got such an incredible product that is unlike anything else, and tremendous role models that can be extremely active and beneficial to communities.

"We need the support behind our structure, but we also need a structure that’s suitable to professional women’s hockey."

"We’re at a critical time where these bigger brands, and bigger companies, are given the decision: do they support or do they not support women’s hockey. The ones that are signing on are seeing where their dollars are going and the potential growth on the women’s side and how we can be used as resources to promote their product," Knight said.

It doesn't hurt that Knight, especially after Sochi, became the most recognizable women's hockey player in the United States. She knows her place and what advantages it has.

"I definitely have a responsibility," she said. "I’m so passionate because I absolutely love this game, and I definitely want to steer it in the right direction. It’s important when you have the platform, and the social base, to really motivate people to be able to speak out in a positive way to help impact something, especially something you’re passionate about. Fortunately for me, that’s ice hockey."

The NWHL playoffs get underway today with the semi-finals. Knight's Boston Pride will host the New York Riveters at the Raymond Bourque arena in Beverly, MA. The other semi-final pits the Connecticut Whale and Buffalo Beauts against each other in Connecticut.

The Isobel Cup final is to be played March 11-13 at the Prudential Center practice facility in Newark, NJ. Both series are a best-of-three.

The CWHL's Clarkson Cup final will be March 13 at the Canadian Tire Centre in Ottawa, between the Calgary Inferno and Les Canadiennes.