How do you move 25 hockey players and all their gear halfway across the country? The Habs and the Martlets go about it in different ways.

Share All sharing options for: McGill's Road to Nationals Part 1: Pack up & Go

Having had the chance to fly on the Canadiens' team charter on several occasions during the 2013-14 season, it quickly became clear that one of the biggest and most overlooked challenges for an elite-level hockey team is the logistics associated with road trips.

After all, imagine compressing an entire hockey dressing room into about two dozen crates, stuffing everything into a plane, jetting to a different city, unpacking the lot, and doing it about 30 times a year. 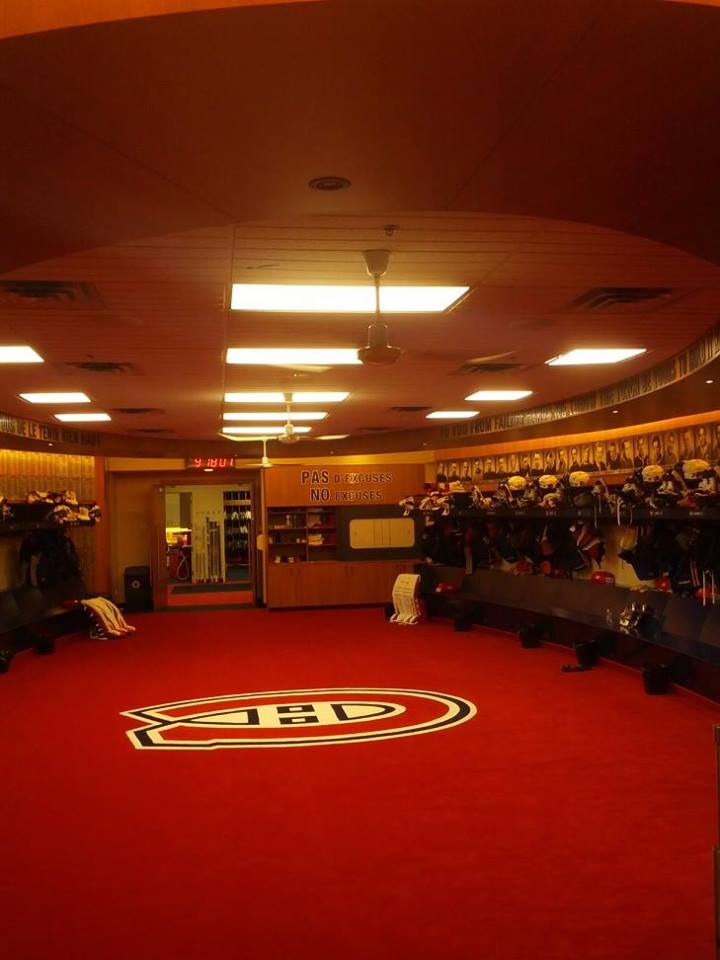 For teams a bit lower down on the totem pole, there are some additional challenges. Thankfully at McGill, two of our RSEQ conference rivals (U. of Montreal and Concordia) are just a few miles away, while Carleton and U. of Ottawa can be reached via a two-hour bus ride. Consequently, our regular season travel schedule is definitely less of a grind then that of the McGill men's team or that of most other schools in the country. While the Habs and their NHL opponents may be in Los Angeles one night and Boston the next, we generally have the luxury of playing in the same city twice on any given week.

That being said, the CIS National Championships, held in Calgary from March 12 to 15, adds a whole new layer of complexity to our logistics. For one thing, it is the only time this season that our team will be flying to a game. This alone bumps transportation costs up from a few hundred dollars to around $25 000. Including the cost of hotel rooms, per diems and miscellaneous costs such as laundry, we are talking about nearly $45 000 for just one, bare bones, five-day road trip. 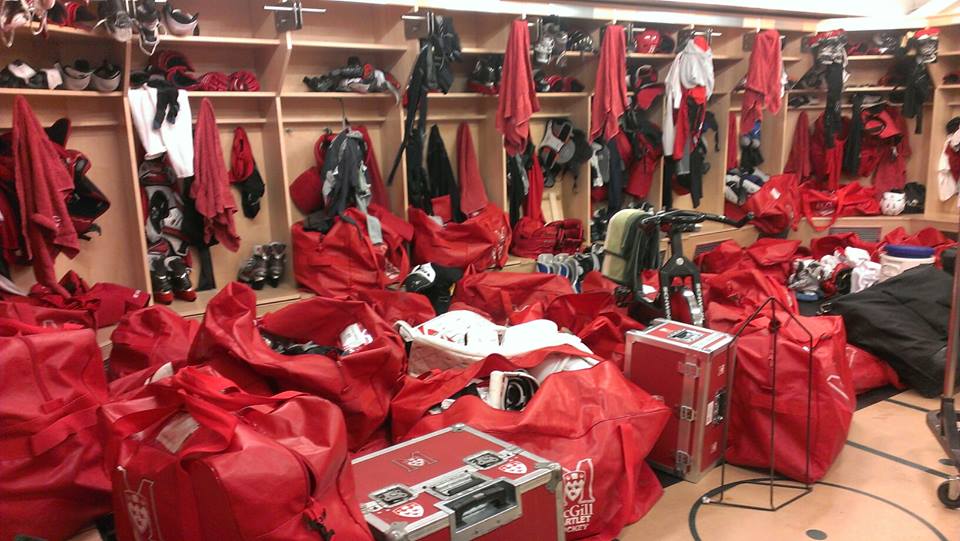 Because no one is blowing out Boeing 737s for the cost of a family sedan, we have to fly commercial, which creates some headaches for Jean "Johnny" Huynh, our equipment manager. Airlines lose bags all the time. It's not such a big deal if it's just a few extra pairs of bathing suits on your trip down south. But it's a very big deal if they lose your skate sharpener, or the full gear of your starting goaltender. Since Pierre Gervais, the Habs' Equipment Manager, and his staff do all the baggage handling themselves directly on the tarmac, they do not need to worry on that front. On the other hand, Johnny probably loses sleep about this all the time. (Note: he just told me that everything arrived in Calgary safe and sound, so that's great news.)

Once at destination, the work is far from done. The NHL's Collective Bargaining Agreement mandates that teams cannot travel on game days, so most NHL teams will prefer to touch down the afternoon before an away game, which gives both the players a chance to get acclimated to a different city, and for the EQM staff to drive all the gear to the rink and "set up" the room - in other words, turn a barren visitor's locker room into something which feels much more like home to the players and coaches. If a team is playing on the tail end of a back-to-back, or if there is a flight delay, it is not unusual for Pierre Gervais and his colleagues to stay at the rink until 3AM in order to complete their preparation. Johnny did the same when he worked as the EQM of Team Canada at the FISU Games, but he rarely needs to clock in that much overtime during the season, since the turnaround isn't nearly as short as at the NHL level.

Still, in a very real way, the hardest-working grinders on each team isn't the third-line forward or a someone with a letter on his jersey, but the person handing him tape for his sticks and sharpening his skates.

Check back for more from the CIS Women's Hockey Championships in the coming days. Don't forget to donate to the McGill Martlets' crowdfunding campaign!