Canadiens/Senators - Ottawa is a silly team

Share All sharing options for: Canadiens/Senators - Ottawa is a silly team

Yesterday Ottawa Senators fans seemed pretty gracious and excited about the upcoming playoffs series against the Montreal Canadiens, but let's not beat around the bush here, it's chirping time.

The Sens are a silly team, and that video above should be all you need to see to prove it... 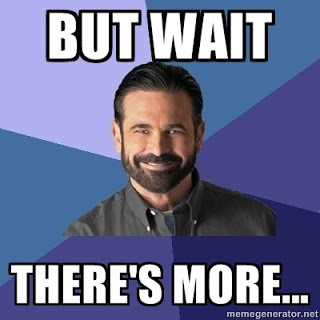 The Sens have a long history of being silly. From Jason Spezza's laugh:

To their ownership literally being so insecure that they begged season ticket holders to not sell tickets they didn't want to Habs and Leafs fans in order to prevent being drown out by opponents in their own arena.

The Senators are so silly, that Daniel Alfredsson's multiple failures at guaranteeing wins over Toronto didn't even make Down Goes Brown's top 10 dumbest moments in the history of the Battle of Ontario.

One time, the Sens made the Stanley Cup finals after years of being contenders that couldn't make it past Toronto, and their former 1st overall pick from the 1996 NHL Entry Draft, Chris Phillips, scored the Stanley Cup winning goal on his own net.

Remember when we signed Travis Moen as an unrestricted free agent and one of the big stories in the media was that he scored a cup winning goal? That goal wasn't scored by him, it was scored by Phillips. All Moen did was harmlessly dump the puck in.