A relentless forechecker who demonstrates fantastic versatility, Michaël Bournival checks in at number 11 in this year's ranking.

Share All sharing options for: Canadiens Top 25 Under 25: #11 Michaël Bournival

Michaël Bournival has been an incredibly interesting prospect in his first three years of professional hockey. Since being acquired for Ryan O`Byrne he has been captain of a Memorial Cup winning team, led an offensively inept Hamilton team in scoring, shocked everyone and made the NHL out of training camp in his second year, and then for whatever reason found himself in the press box most nights this past year. 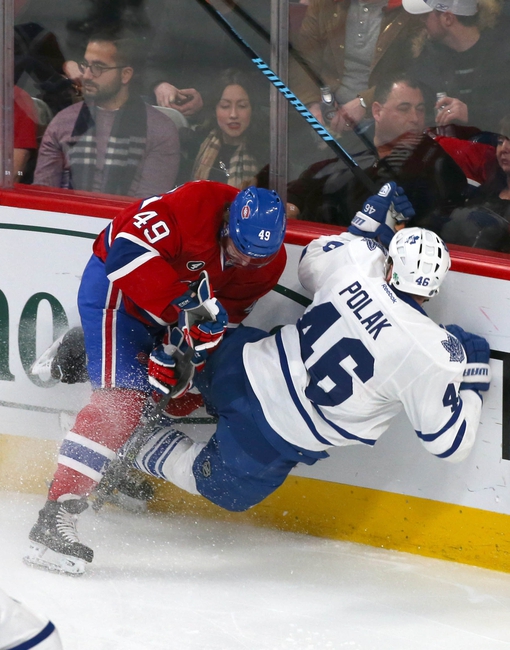 What we know for sure about Bournival is he has absolutely outstanding forechecking skills and the ability to adapt to new linemates on the fly. Upon making the NHL in the 2013-2014 season, the young forward was put on the top defensive line alongside Brian Gionta and Tomas Plekanec for 15 or so games.

For most rookies this would be an overwhelming task, however Bournival not only kept up with the vets but formed an outstanding line until it was broken up on different occasions for various reasons.

This past season Bournival struggled to find his way out of Michel Therrien's doghouse for more than a few games at a time and eventually ended the season in the AHL while recovering from a concussion.

As you can see there was a wide range of votes for Bournival from as low as 20th to as high as fourth overall. Only four of our voters had him outside their top fifteen rankings while six had the young forward ranked in their top ten.

As previously mentioned, Bournival's main strength is his relentless forechecking skills, often being first into the zone making life miserable for opposing goalies. He possesses above-average speed which aids his immense forechecking ability. To go along with this Bournival possesses a high defensive acumen, allowing him to make smart plays in his own end and begin the forecheck in one fluid play. The combination of these two skills saw him entrusted with top defensive minutes with Gionta and Plekanec in 2013-2014, in addition to spending a good chunk of the season on the penalty kill.

While his strength does come on the defensive side of the puck he can still generate offense when called upon. It was his offensive outburst in the 2013 pre-season that saw him make the Canadiens. While he did not receive a large amount of ice time in games this past year he still made his time count scoring in plenty of big situations.

Lastly Bournival shows incredible flexibility as a player; the ability to move up and down the lineup and still be effective is a fantastic trait to have. He's been used as a key penalty killer, top-line defensive forward, a fourth-line grinder, or one of Lars Eller's revolving door linemates. While it doesn't always show up on the scoresheet, he quietly went about his business and succeeded.

First and foremost for the young forward he has to stay healthy this upcoming year if he wants to remain a factor in the Habs future plans. Bournival suffered a concussion last year and attempted to play through the injury which inevitably ended his season early. He stated that he hid the injury to avoid losing his NHL roster spot, which still happened and he was demoted to the AHL (where he played a few games before being sidelined). It's not the first brain injury he's suffered so with regards to his future life and career it's paramount he stay healthy this upcoming year.

While he posted decent scoring number in the QMJHL and his first season in the AHL, it stands that Bournival could use a bit more offensive production at the NHL level. Not to place the blame fully on him as it is hard to generate significant scoring chances with less than four minutes of ice time some nights. To receive more ice time it is up to Bournival to distance himself from the pack of players he currently is surrounded by. Players like Dale Weise, Devante Smith-Pelly, Jacob de la Rose, and potential AHL call-ups are all battling for the same spots in the Habs bottom six. While again this isn't necessarily his own fault it's up to Bournival to put himself at the front of this pack and regain the trust of Michel Therrien.

A reasonable projection for Bournival is a bottom-six NHL winger with occasional penalty killing duties. We've seen him play very well in this role in the NHL already so it isn't out of the question that he could thrive there once again.

With a one-year contract in hand, this year is essentially a "make or break" season for Bournival, especially with players like Nikita Scherbak and Charles Hudon chasing roster spots.

Bournival has the tools to be a regular in an NHL lineup, but this upcoming season will determine whether he stays a regular in Montreal or if he moves on to potentially greener pastures. He'll be facing stiff competition for any open spot on the Canadiens' roster, but his endless effort levels may give him the inside track.