The Top 25 Under 25 continues with a prospect who is back for the second time. Sharp shooting Daniel Carr comes in at number 16.

As an AHL rookie last season, Daniel Carr led the Hamilton Bulldogs in goals, while leading every other rookie in the league in the same department. This should come as no surprise, seeing as Carr finished his NCAA career with 157 points in 160 games, including 78 goals. He's Union College's all-time leading scorer.

Carr played  on the wing within the Hamilton Bulldogs' top six most of the season, and ended the year on a line with Charles Hudon and Sven Andrighetto. The line was dynamic, and if all three players find themselves in the AHL again next season it would be wise move for Sylvain Lefebvre to reunite them. 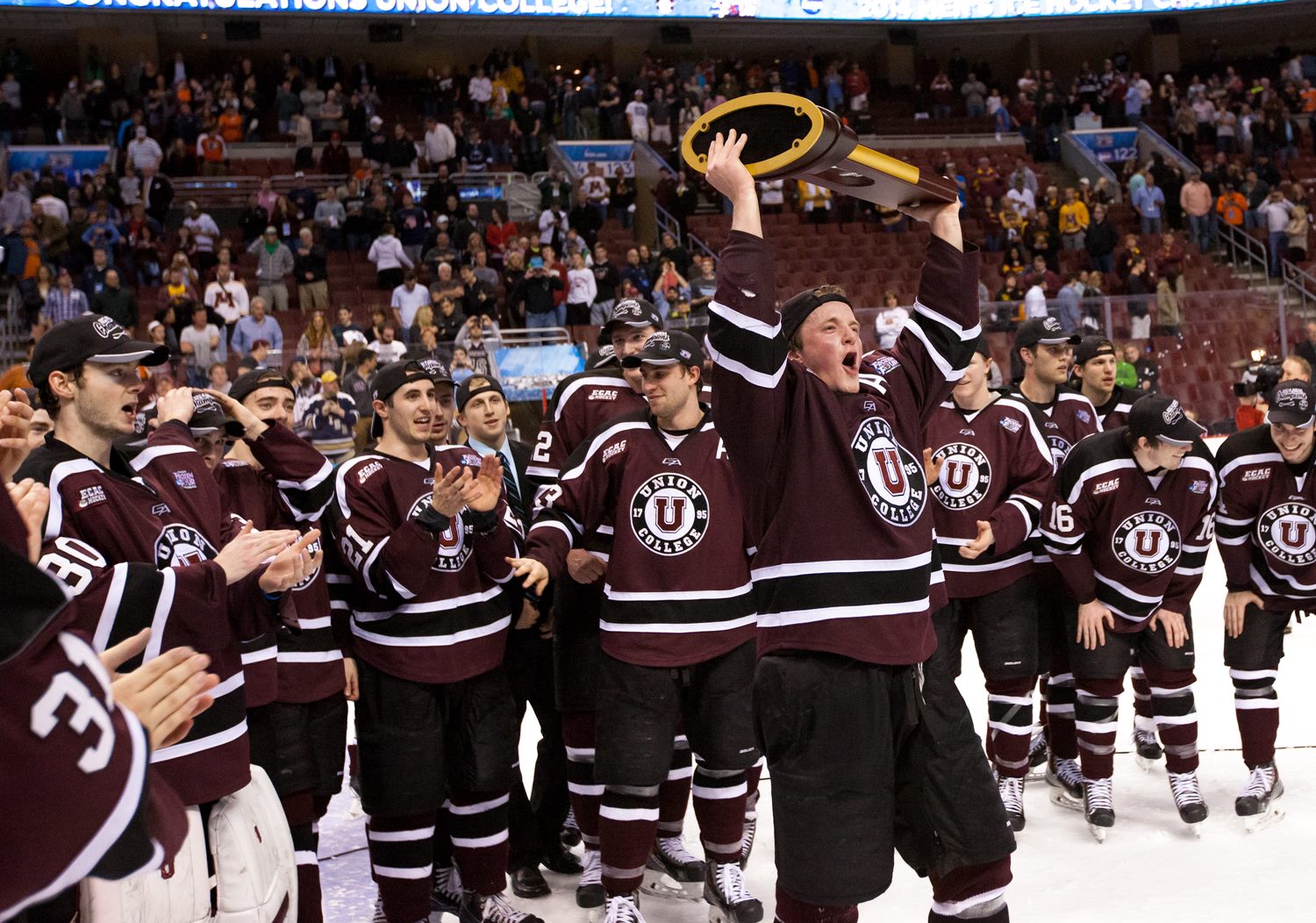 While Carr is not the biggest player out there, he is a solid 6'0" and possesses decent high-end speed. He has a great shot, and he led the Bulldogs with 2.33 shots/game. His shooting arsenal is comprised of a strong wrist shot, and a solid snap shot, that he uses to fantastic results. While his lack of volume shooting in the AHL is augmented by his strong shot, that will not necessarily be the case in the NHL. The fact of the matter is that he did find success as an AHL rookie on a struggling team, which makes him a very interesting prospect moving forward.

Although Carr may not be as well known as some of the other prospects, his stats from his time in the NCAA show great promise as a player, as does his rookie season in the AHL.

17 out of 18 voters placed Carr within the top 25, with Stephen being the outlier vote. The vast majority of voters felt comfortable giving him a top 20 spot, with 7 panelists placing him within the top 15.

Carr debuted on the list last year ranked #28, but his stellar rookie campaign netted him a big boost this time around.

Carr's biggest strength is his goal-scoring ability. He possesses a strong wrist shot and snap shot, and uses them to score most of his goals. Most of his goals are from the hash marks, which should probably be considered a smart tactic, seeing as how he understands his greatest weapon is his blistering shot, and not battling in the crease for rebounds or deflections. Understanding that his shot is his biggest strength puts Carr on a good path.

He has the skill set to keep up with Sven Andrighetto and Charles Hudon, thanks to his silky skating and his talented hands. That particular line was created after Carr played with a litany of players throughout the season, and was able to gain varying degrees of success alongside all of them.

While Carr has shown an ability to score goals at a great rate for a rookie in the AHL, he ended up under three shots per game, at 2.33/game. While this seems good for a player in any league, there's room for improvement there if he hopes to transition to the NHL. While Carr's shots/game isn't elite, he did lead the Bulldogs in shots, so there may be some system effects influencing how many shooting opportunities he has available to him to in a game situation.

Another issue with Carr is his age; he will be turning 24 in November. While this is hardly old for a prospect coming out of the NCAA, it does allow for fewer years of AHL development where the prospect can be properly evaluated. The future may be now or never for Carr due to his age, and he will unfortunately face stiff competition for a spot in the NHL based on numbers alone. That being said, the reality is that Carr has had solid point totals at every level he has played at, which is an indicator to future success at higher levels

It is probably fair to assume that Carr will have to prove this season whether or not he's ready for NHL duties. If not, it will be interesting to see where he ends up in line for a call-up.

All Carr has ever done throughout his career is score goals, and that's an asset that rarely goes ignored by big league clubs. If he reaches his potential he may end up as a top-six forward, although a top-nine role may be a more reasonable projection. The Canadiens have a few holes up front, and Carr could find a spot if the team chooses to run a top-9/bottom-3 setup that is common in today's NHL.

While it's not guaranteed that Carr will become a full-time NHL player, his goal scoring prowess gives him a leg up on the competition. His sophomore season in the AHL will go a long way in giving us a clear idea to his NHL potential.