A third-round pick back in 2009, Mac Bennett is ranked in the top 25 for the third straight year. But has he progressed? And how have his NHL prospects changed?

If there's one example in the Montreal Canadiens' farm system of how important patience is with defensive prospects, it's Mac Bennett, whom the Habs selected 79th overall in the 2009 NHL Draft. Bennett, who was selected out of Hotchkiss High School, was always going to be a project, as are most players taken straight out of American high schools, but his exceptional skating and intriguing puck-handling abilities have made him one worth working on.

Kevin van Steendelaar did the original profile of Mac Bennett two years ago, when the defenseman was ranked 17th. In it, Kevin provides some background on the Rhode Island native, who is attempting to become a third-generation NHLer.

Bruce Peter did the write-up on Bennett last year, as his ranking remained steady at 17. In the profile, Bruce stated that "the time for Bennett to make a big jump into becoming a top defenseman at the NCAA level is now". While Bennett continues to progress, he has yet to take that large step, which partially explains the drop in the rankings. The rest of the drop can be explained by the health of Canadiens' system, especially following what seems to be two really solid drafting years from Trevor Timmins and his team. Let's look at how the Michigan "Musicology" major was ranked in 2013. 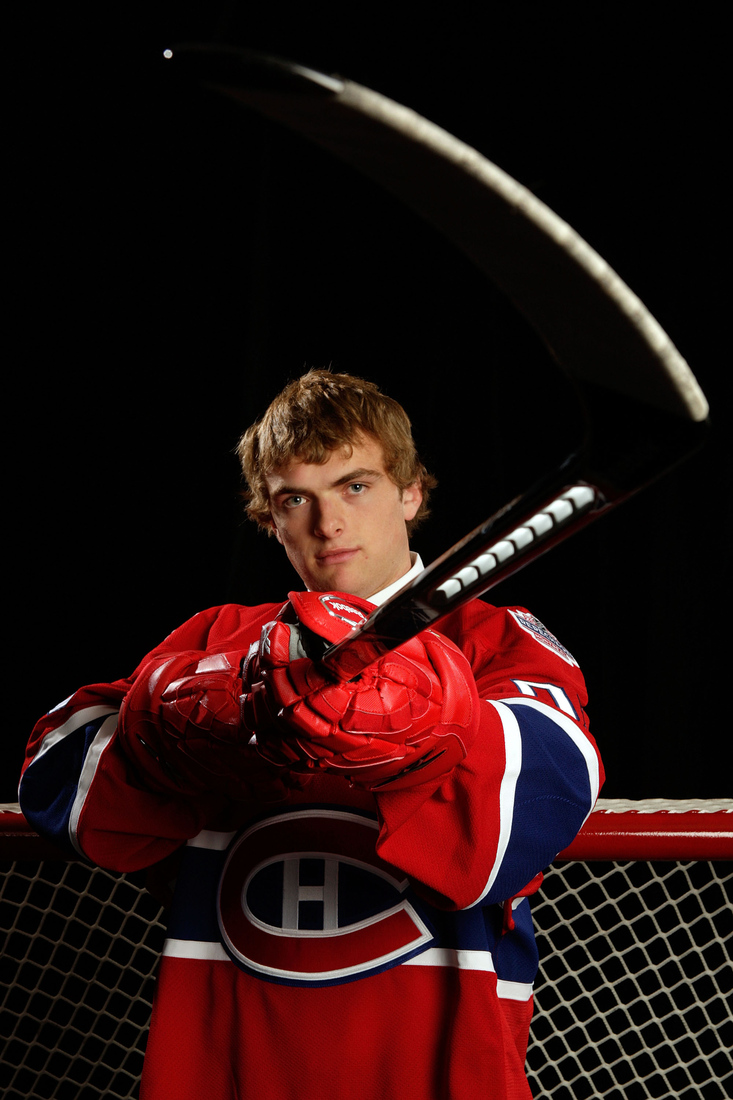 Bennett is, by all accounts, an offensive defenseman. His premier trait is his skating, which is exceptional. He complements that with good puck skills, a decent shot, and solid awareness. One would, however, hope that with this combination of skills he would have been able to contribute more offense than he has in the last three years. Once again, we find ourselves asking if he is simply a package of skills or a guy who can become a real contributor. As the lead dog on defense this year at the University of Michigan, he will be under pressure to do just that.

While some might point to his size as his biggest flaw, I would argue that reports questioning his hockey sense are the biggest red flag. Those that have followed my draft coverage know that hockey sense is the number 1 trait I look for in a hockey player, and guys with good skill who fail to put up points often suffer from a lack of it. Without having seen much of him play, personally, I can't say whether that's the case, but it's certainly a worry. Our own Andrew Berkshire had the following to say about Bennett after seeing him at this year's development camp in Brossard:

Pretty good skater, not a bad shooter either, but significantly behind the guys I figured he'd be behind like Beaulieu, Tinordi, Dietz, Ellis, Thrower, Nygren, etc.

I have to admit, when I ranked Bennett 24th, I hadn't been following him particularly closely since he had been drafted. Having now looked into him as thoroughly as some of the other prospects, my outlook has become mostly positive.

Bennett seems to have progressed well under the guidance of renowned coach Red Berensen in Ann Arbor. He began there three years ago as an undersized powerplay specialist, but has since developed into a reliable player at both ends of the ice. In 2011-2012, that meant top pairing duty with fellow Canadiens prospect Greg Pateryn, who led the way on D and allowed Bennett to get forward. In 2012-2013, that meant taking a leadership role as associate captain, and tutoring new partner Jacob Trouba, a promising Winnipeg Jets prospect and early 2012 draft pick. Once again, the duo faced the opposition's top competition, and performed admirably.

This coming season will be the biggest test for Bennett yet, as he will serve as captain of the prestigious program, which will be looking to return to the Frozen 4 after missing out on the NCAA Tournament altogether for the first time in 23 years this past spring. Canadiens.com ran a fascinating article about the prospect's development and his preparation as he enters his senior year. There were a few quotes that particularly caught my eye.

"[Mac] walked in to Michigan as a kind of thoroughbred skater with some pretty good offensive instincts and had to figure out how to be a three-zone defenseman to be effective. He embraced that, which is part of the reason he's come so far." - Michigan Associate Coach Billy Powers

It's encouraging that his coaching staff is complementing his two-way play, and his defensive abilities in particular.

"He's very mature for his age. He always asks questions, and he's always looking to improve," noted the 18-year NHL veteran, who was pleased to see his pupil keep his promise to reach the 195-pound mark to start the Canadiens' development camp in early July. "That means he's got that work ethic. He knows, ‘If I'm going to make it, I need to get better and stronger.' That means that he cares." - Canadiens Development Coach Patrice Brisebois

It seems the Canadiens set a goal for Bennett to reach 195 pounds by the beginning of the development camp, and he came through. He now stands at 6'0", 195, which isn't big but is also reasonable for an NHL defenseman. With the increased wait he should be able to more easily box players out in front of the net, amongst other things.

"Mac Bennett will be a dominant college defenseman [this season]. We expect him to be the most dominant offensive and defensive defenseman in the Big Ten. There are no ifs, ands or buts about it. Every night, there will be someone in the building who will say - ‘That No. 37 is special'." - Powers

The folks at Michigan and with the Canadiens clearly expect the breakout to come this year, and at 25+ minutes per game he will be given every opportunity to build on his offensive totals and go from an intriguing asset to a legitimate top prospect.

Kevin wrote in his profile two years ago: "There's no question that Mac Bennett will be a top-four defenseman in the NHL. Just be patient folks and he'll get there." While that's higher praise than I would give even now, it's certainly not far-fetched to think he can be a contributor, and a leader, at the NHL level. At this point I would give Bennett a 60% chance of reaching the NHL, and a 30% likelihood of becoming a top-4 defenseman in the league. Not bad for a third-round pick that has gone largely forgotten amongst the likes of Tinordi, Beaulieu, and Thrower.

Would you trade him: