IceCaps vs. Thunderbirds recap: St. John’s comes out on top in an 11-goal game

It was a back-and-forth battle, but the IceCaps finally solved the Thunderbirds in their third attempt.

Share All sharing options for: IceCaps vs. Thunderbirds recap: St. John’s comes out on top in an 11-goal game

The last two times the St. John’s IceCaps and Springfield Thunderbirds went head-to-head, the newest AHL team from Massachusetts came out on the winning end.

Turns out the third time’s a charm for the IceCaps. After battling hard, they managed to take down the visitors with a 6-5 victory on Friday night. The return of some of their star players certainly played a role in helping them grab the win.

After suffering a fractured sternum during a Montreal Canadiens practice on November 25, Charles Hudon recovered more quickly than expected. He, along with defenceman Mark Barberio, was sent down to the IceCaps on Wednesday.

Micheal McCarron also made his return to the ice after sitting out two games due to a hand injury.

The IceCaps came out focused and dominated the majority of the opening period taking a 2-0 lead in the first five minutes.

Not missing a beat, Hudon notched his 10th goal of the season at 4:33, with Daniel Audette and Chris Terry picking up the helpers.

Fifty-four seconds later, Joel Hanley made it a two-goal advantage with a quick little wrist shot.

It looked as if the IceCaps were taking no prisoners. That is, until the penalties and turnovers started to rear their ugly heads.

In an eight-minute span, Jeremy Grégoire squared off against Joe Diamond, ending in both getting slapped with five minutes for fighting, and Ryan Johnston gave Anthony Grecco an early Christmas present when he put the puck right on the Thunderbirds’ forward’s stick to cut the lead in half.

Another turnover, this time by Brett Lernout, allowed Eric Robinson to fool IceCaps goaltender Yann Danis to tie up the game.

Chris Terry quickly regained the lead after he banged home a rebound just 14 seconds later, with an assist by Hudon.

Three minutes into the second period, a scrum compelled David Broll and Sena Acolatse to drop the gloves. Another five-minute sentence for fighting ensued.

Stefan Matteau took a shot but couldn’t handle the rebound, thus causing an odd-man rush against, and allowing former development camp invitee Dryden Hunt the opportunity to tie things up. Not long after, the Thunderbirds inched forward yet again to make it a 4-3 game.

As was the theme with this contest, captain Max Friberg quickly evened the score.

The penalty eye-roll award went to the call made against Jacob de la Rose for an illegal equipment penalty (which was later changed to playing with a broken stick). After his stick broke, de la Rose kicked the puck before dropping his stick to the ice.

Which led to — you guessed it — the Thunderbirds taking a one-goal lead to make it 5-4.

The IceCaps haven’t let their visitors get too comfortable with their leads, and this was no exception. McCarron was having one of his best games of the season so far, and after a substantial number of shots on goal, he finally found the the back of the net.

Michael McCarron, on his 4th high-danger scoring chance (at least) of the night, buries his 4th. IceCaps now up 6-5, 8 minutes to go. pic.twitter.com/Ot969U2tw5

Just seconds later, Barberio powered through a mass of Thunderbirds and let a shot rip. Matteau tipped the puck to slip it past McKenna for the go-ahead goal. The IceCaps took the lead once again, and this time were able to hold on, coming away with the victory.

It was all about the offence during this contest. Aside from Barberio’s three-point night, the defense and goaltending were lacking. The final shots were 38-30 for the home side, with McCarron recording eight of those shots, and all but two players (both defencemen) had at least one shot on Springfield’s goaltender.

The way Hudon and McCarron showed up, you would never know they were coming off injuries. But it was Barberio (3A) and Terry (1G, 2A) who brought the extra moxie and earned themselves a place in the three stars of the night.

Immediately following Friday’s game, Barberio and McCarron were recalled to the Montreal Canadiens to fill some of the spots left by the expected long-term injuries to Alex Galchenyuk, David Desharnais, and Greg Pateryn.

After grabbing these two points, the IceCaps have moved up to third place in the North Division with 27 points (13-11-1). They’ll take on the Thunderbirds again tonight, before the hitting the road for a 10-game stretch over Christmas. 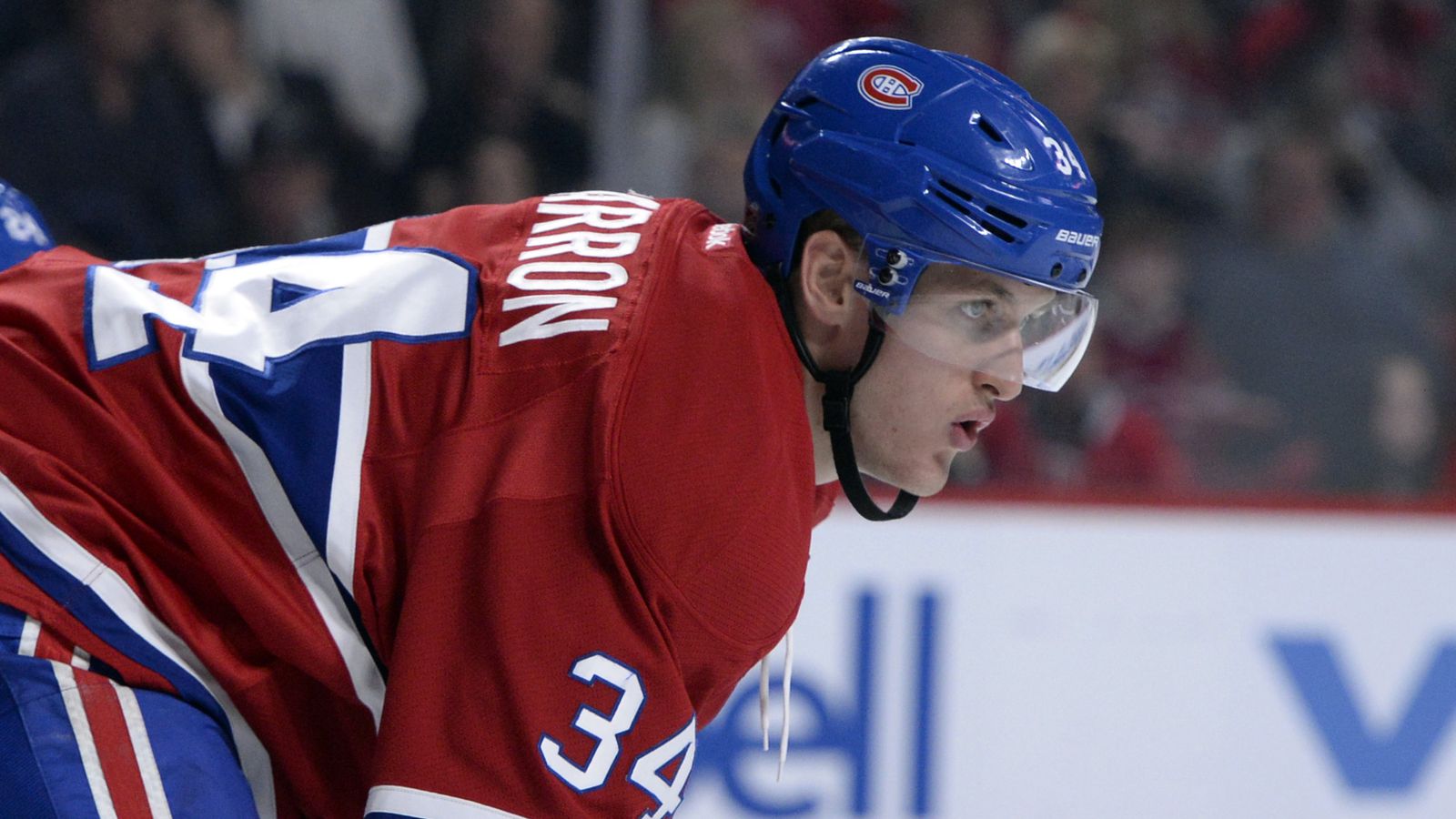 The moves come after a recent spate of long-term injuries to the NHL roster.