NHL Entry Draft: The benefits of moving down

Dropping down the draft order can be an effective way to add talent to an organization.

Share All sharing options for: NHL Entry Draft: The benefits of moving down

The cost of moving up in the draft can be expensive. A team manoeuvring its way into one of the top few slots is a rare feat in the NHL, and sometimes nets a less-valuable return than what was given up, often in the form of a lost roster player.

For every one of those trade-ups, there's a trade-down in which a team sends a comparatively high draft pick to another club convinced that the player they have their eye on will be gone by the time they get their chance at the podium. The return is often a package of assets, making up in quantity what the team above them is losing in quality.

Last year there were three instances of teams trading down in the first round. The Toronto Maple Leafs gave up their slot at 24th to the Flyers in exchange for Philadelphia's place five spots later, while also receiving the last pick in the second round. Pick 28 was transferred to the New York Islanders by the Tampa Bay Lightning for two selections, while the Maple Leafs handed off that 29th pick to the Columbus Blue Jackets for a second- and third-round spot.

Interestingly, all nine picks involved in those deals had been the assigned picks of other teams (the Leafs reacquired their own second-round pick from Columbus), suggesting that clubs feel less attachment to their acquired picks and are more likely to use them in transactions. That could be something to be mindful of when putting a proposal forward on the draft floor.

The result of the Leafs two trades — from 24th, to 29th, and ultimately to 34th — netted them additional picks at 61st and 68th overall. Toronto turned one relatively high asset into three chances to draft an NHL player.

Revisiting the actual draft pick value chart discussed in the earlier article concerning moving forward in a draft, the Leafs parted with a 24th-overall pick worth an average of 1.08% of the draft's total value for three picks worth (0.71% + 0.46% + 0.45% =) 1.62% of the talent available; about the same as what Montreal's 2016 slot at ninth has been valued at.

The ploy did mean the Leafs missed out on talented forward Travis Konecny (taken by the Flyers at #24) and shut-down defender Gabriel Carlsson (chosen at #29 by the Blue Jackets), but were able to add offensive defenceman Travis Dermott (#34), career point-per-game-plus forward Jeremy Bracco (#61), and Martins Dzierkals (#68), who has 17 points through 20 playoff games in the QMJHL's Rouyn-Noranda Huskies' ongoing Memorial Cup run.

The Islanders did something similar in 2008, moving down from fifth-overall to seventh, adding pick #68 and the Leafs' 2009 second-rounder (which ended up at 37th), then giving up that seven slot to Nashville for ninth and 40th.

The importance of scouting

While that does seem like a disappointing haul for all the chances the Islanders received, that is more a criticism of their scouting and the difficulty of projecting the long-term success of 18-year-olds. Had they added Patrick Wiercioch, Michael Stone, and Jakob Silfverberg, who were all available after New York used those added picks, the debate would be much different. 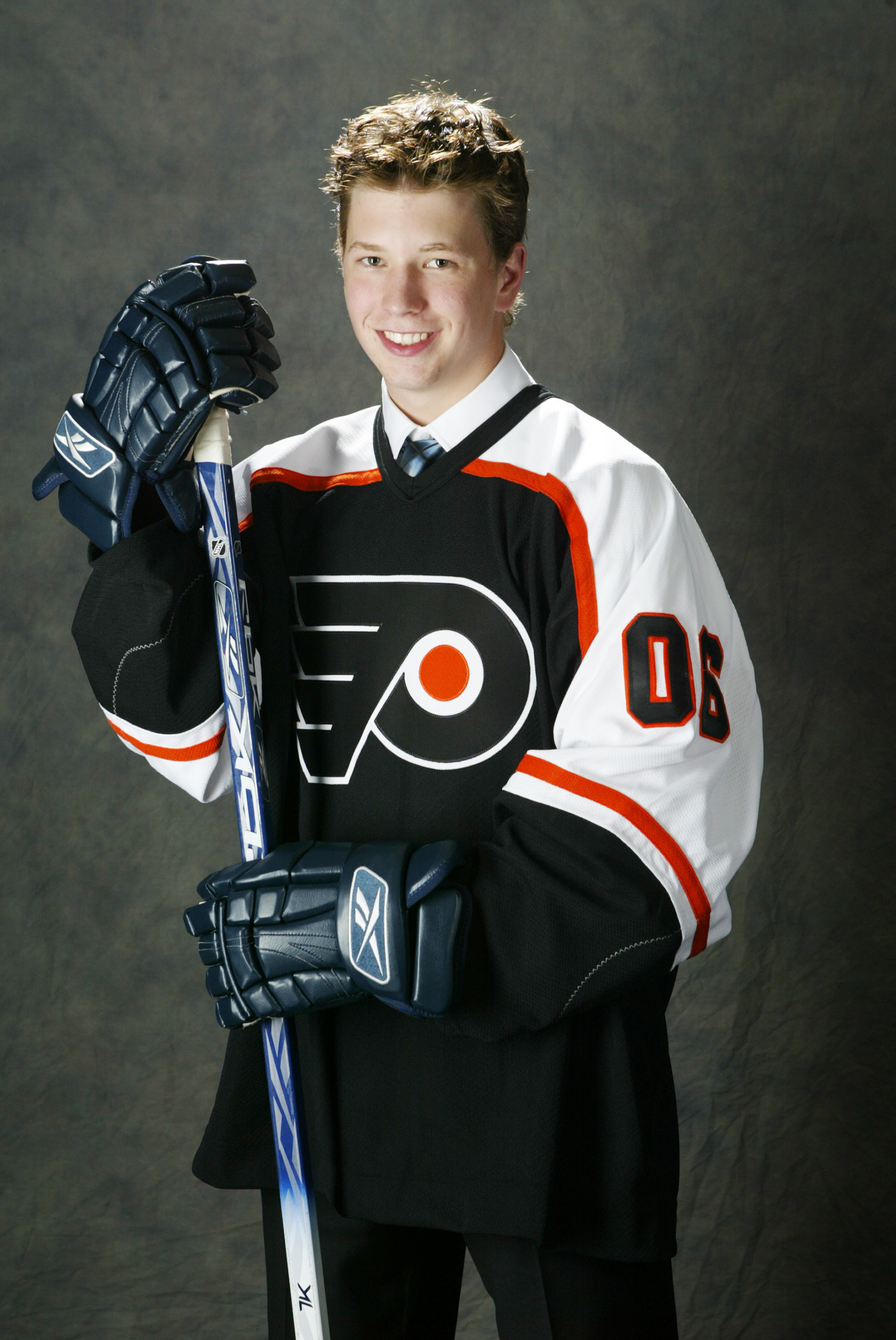 The most recent (and infamous) case of the Montreal Canadiens trading down in the first round was 2006, when they handed the 16 slot to the San Jose Sharks for picks number 20 and 53. They chose David Fischer, who ultimately went unsigned, and Mathieu Carle, who had a three-game NHL career and now plays in the German elite league. The Sharks didn't exactly strike gold, either, taking Ty Wishart at #16, getting 26 NHL games out of the deal.

A good scouting staff will ignore the widely held notions that bigger is better (especially among defencemen) and that small forwards will never get to the NHL. Just look at Brendan Gallagher, Johnny Gaudreau, and NHL playoff leading scorers Joe Pavelski and Nikita Kucherov (both listed at 5'11") for a rebuttal of that latter argument.

Claude Giroux, whose small stature was cited as the main reason for his low ranking of 38th among North American skaters, ended up being a steal in the 2006 draft, which serves as a sore spot for Habs fans and Canadiens media alike, referencing the missed opportunity. The Flyers took a chance and got one of the best players of the class at 22nd overall, offering further evidence for acquiring as many picks as possible and hoping a few of them pan out.

Adding to your pick totals can also guard against injury. Looking back at the Flyers' trade up to 24th last year, they gave up one selection opportunity in order to improve their positioning, and the player they decided upon, Konecny, had his CHL season cut short by a serious shoulder injury; his second such ailment of his young career. It's possible that those concerns will limit his effectiveness in the NHL, and even though he is a highly regarded player with lots of potential, realizing it is now more of a question than it was at the time of his selection.

NHL Entry Draft: The costs of moving up

What would an NHL team need to spend to increase their draft position in the first round?

NHL Entry Draft: The costs of moving up

You need look no further than Montreal's most recent season to see the benefit of organizational depth, with 15 defencemen being used, eight of whom were selected at various drafts over the years, and another, Jeff Petry, acquired by using a second- and fourth-round pick as currency at the trade deadline.

Adding assets to the organization via the draft is the cheapest way to bring in talent, and, with very few exceptions, the only way to acquire an elite player. For those reasons, making sure you have as many lottery tickets as you can get your hands on is an effective strategy when stepping onto the draft floor. The least invasive way of increasing your stack is to drop down the order for multiple pieces in return.