The 2014-15 season marked Breton-Lebreux's last as a player. Now, she's taking on a different role with the team as an assistant coach. She talked about what prompted the change.

Share All sharing options for: Lisa-Marie Breton-Lebreux on her new role with Les Canadiennes de Montreal

Lisa-Marie Breton-Lebreux has been an important part of the Les Canadiennes de Montreal franchise from the beginning. Since co-founding the league in 2007, she's won the Clarkson Cup with the organization three times.

"For me, the aches and pains in my body, the tiredness of playing, it’s much easier on my body to still coach ... I’m happy to be able to give back, to still be with the team, with the players, and to build a new team, to win another cup if possible."

Breton-Lebreux says that she's still easing into the job.

"I came back as a part-time assistant coach to start, just making one practice instead of two and the home games, for the first half of the season, because my job at Concordia is very demanding. As we move closer to the Clarkson Cup, I’ll go more and I’ll be more involved."

The job she mentions involves training athletes, and she's going to bring some of that knowledge and experience to Les Canadiennes. In addition to coaching, she will have a hand in development.

"I’d like to have a part in helping the girls train better and have a little bit of a plan. And when we’re not playing and have a weekend off, do some kind of conditioning. Also a little bit of being in charge of the development of the players on many aspects, not only on the ice—off the ice, in their lives."

Coaching has been a bit of an adjustment for Breton-Lebreux. 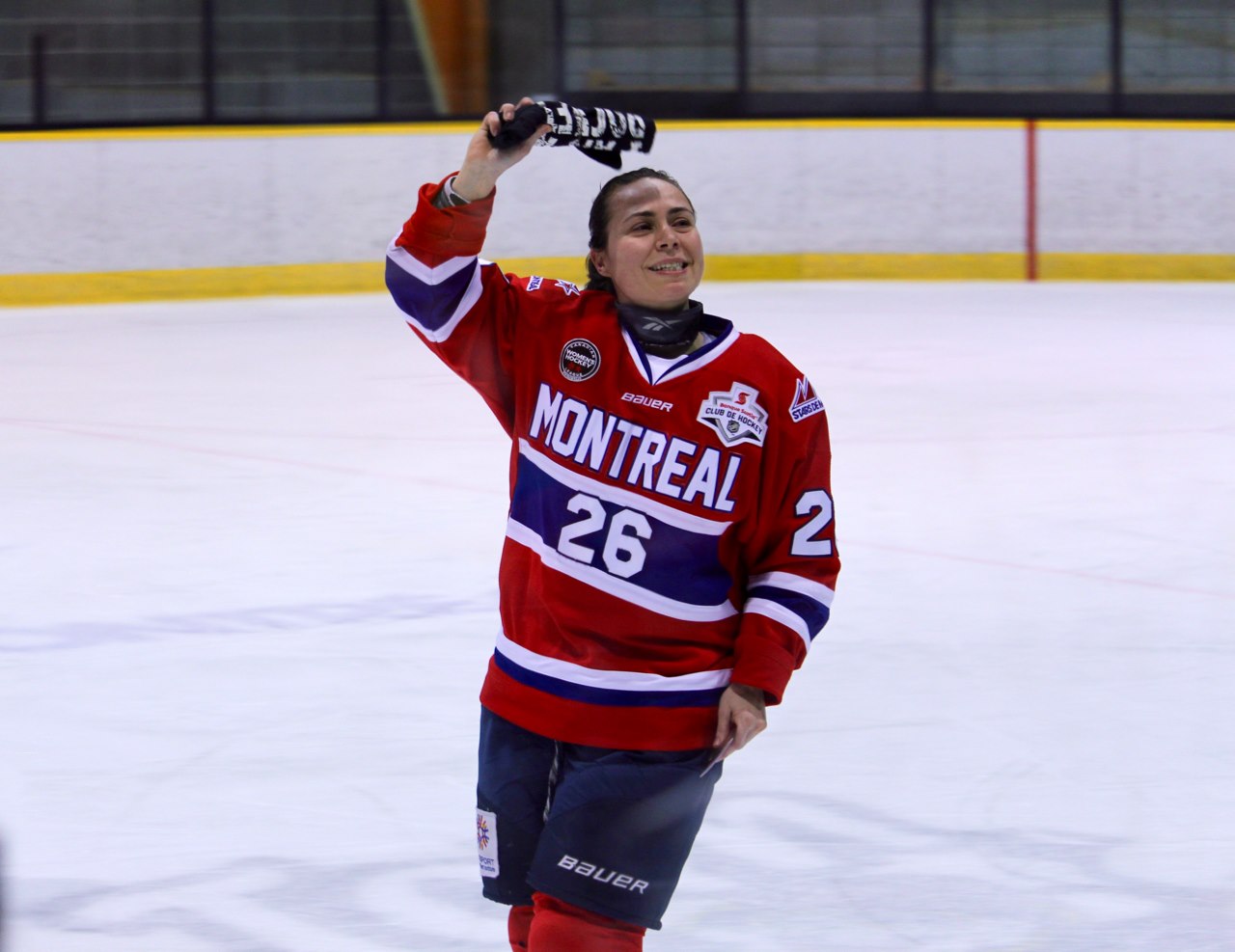 "It was funny: this morning I was thinking in my car on my way here that it was really different for me because not only did I have to prepare the fitness testing, then I was going to coach after and instruct the girls.

Looking forward to the season, Breton-Lebreux says that the outlook is good, especially with the additions of Marie-Philip Poulin, Katia Clement-Heydra, Leslie Oles, and Alyssa Sherrard.