Charline Labonté is not only an Olympian, but she boasts four gold medals from that Olympic experience, has backstopped Team Canada to two IIHF World Women's Championships, and is a trailblazer off the ice. Impressed? Keep reading. 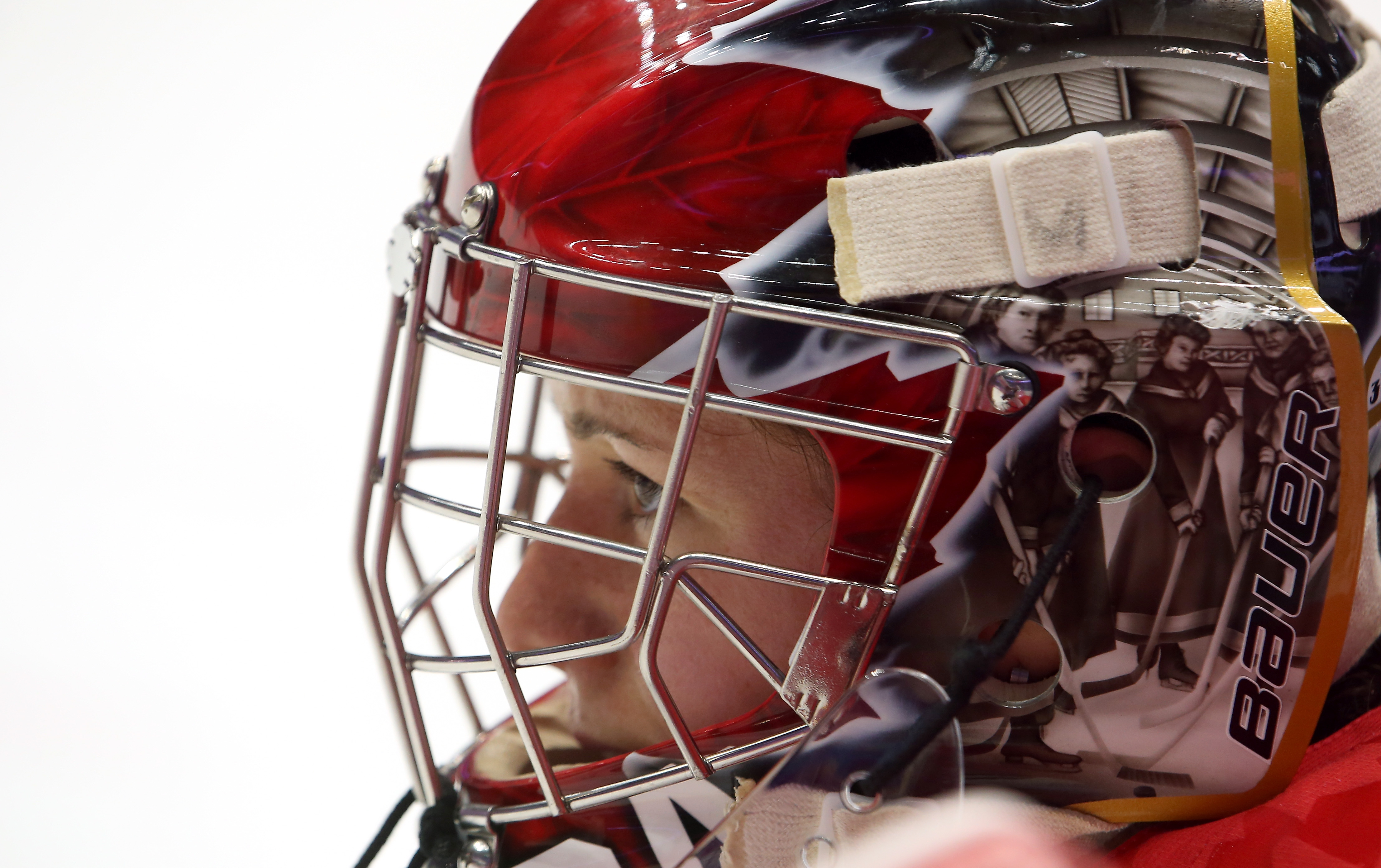 The Boisbriand, Quebec native became just the second woman (after Manon Rhéaume) to play in the Quebec Major Junior Hockey League (QMJHL), where she was found between the pipes for the Acadie-Bathurst Titan in 1999 and 2000.

Labonté went on to play hockey for the Martlets at McGill University in Montréal, Quebec, where she earned a degree in physical education, while maintaining a 62-2 CIS career record, which included a 0.72 GAA and a .958 SV%.

She then made her CWHL debut with the Montreal Stars in 2013, and would go on to be named the CWHL Goaltender of the Year in 2015. With Les Canadiennes low on experience and depth on the blue line, Labonté’s presence takes on even more importance. The team takes comfort in having an elite goaltender behind it.

Labonté also cherishes her role on the team. Last year, she was in goal when the Toronto Furies had a lengthy 5-on-3 advantage. They moved the puck around, but never got a shot on goal. "I had so much work to do but they never hit the net," Labonte said. "I was working so hard that I was hoping it would at least hit me."

At 5’9", Labonté manages to use her height to her advantage. She’s able to cover most of the bottom of the net in the butterfly position, and has great hand-eye coordination to snap pucks out of the air. Most goals that beat her are due to traffic in front or deflections, but even then her reflexes allow her to make most saves.

While her contributions on the ice are well documented, it's what she's done off the ice that has made headlines.

In addition to being one of the most decorated and accomplished Canadian athletes today, Labonté encouraged many other athletes not to be afraid of who they are, when she came out as a "proudly gay hockey player" this summer on OutSports.

"Everyone on my team has known I'm gay since I can remember and I never felt degraded for it," wrote Labonté.

"I feel privileged to live and be myself in an environment like this because I know that just a few years ago this topic was never a part of the conversations in the locker room."

Very few questions are expected in the Canadiennes' goal, as Labonté returns to the CWHL club this season. She is expected to carry the brunt of the load in the crease, as she did last season, where she had a 9-7 record, posting a 1.89 GAA and .927 SV%.

A source of veteran leadership who possesses a high-end skill set in goal, Charline Labonté is definitely someone that Canadiennes fans can look forward to rooting for again this season.