They still have a new name, logo, and jersey coming, roster cuts looming and only a month until Opening Day

Young hopefuls and experienced veterans hit the field and ice at the Complexe Sportif Bell this weekend as the Montreal Stars opened their try-out camp as they prepare for the 2015-16 CWHL season.

The camp started on Saturday with off-ice fitness testing including the famous beep test and then had two sessions of on-ice drills.

There were a number of new faces in camp for the Stars as many draft picks had their first taste of CWHL action. And although there were some introductions needed, a lot of the new faces already knew each other from previous CEGEP, university or provincial team action. 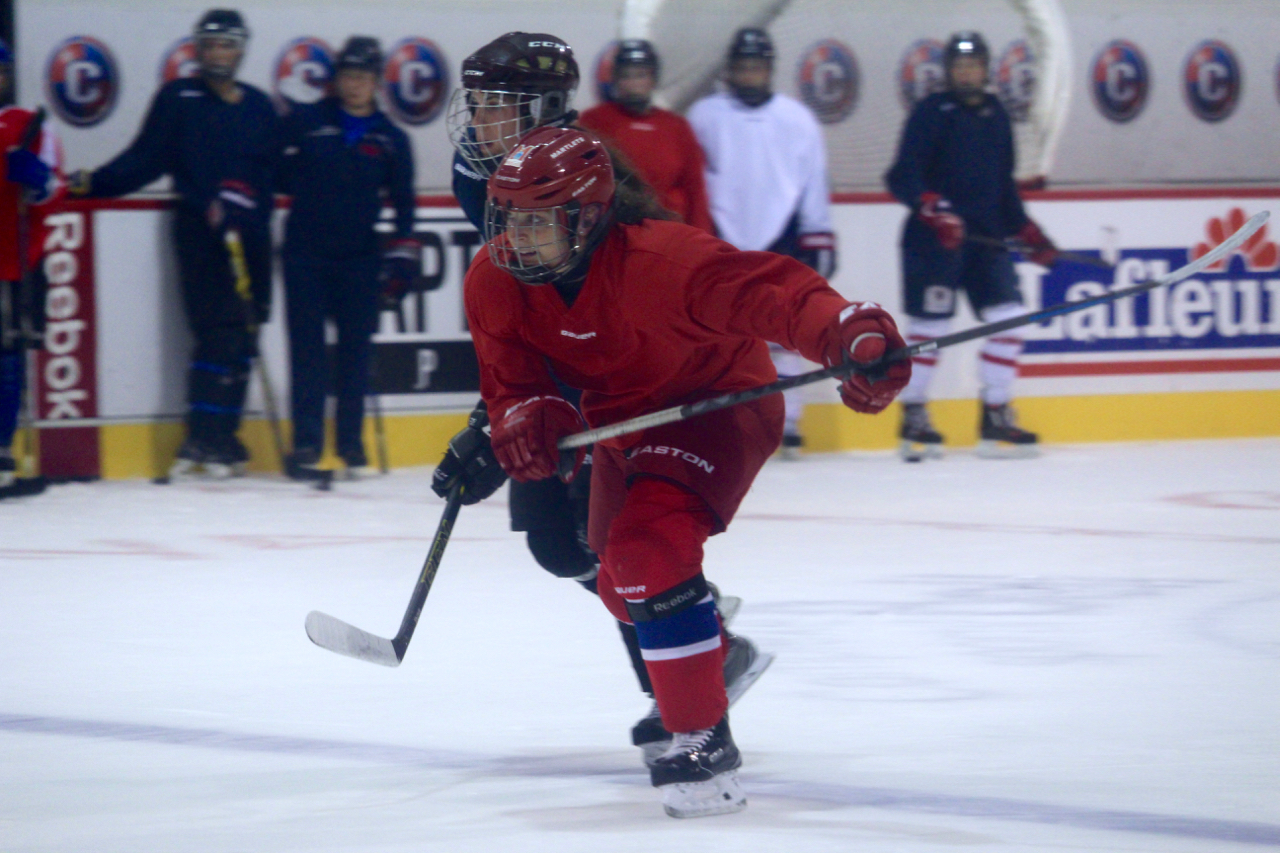 Two of those new faces were former McGill Martlets Katia Clement-Heydra and Leslie Oles. The Stars second and fourth-round picks joined several former teammates from McGill University, and while Oles played in the league prior to going to university, she admits it's at another level.

"There are a lot more Olympians in the league now then there were when I first played," Oles said, laughing. "I could possibly relate to the speed of the game. But I think overall we have a strong group so I’m not sure there is that advantage [compared to the other rookies.]"

For Clement-Heydra, it was a first taste of the next level, and she explains that the first day around the team and the talented group of rookies was a mixed bag.

"Part of me is really happy to come in with all these girls and have a chance to win the Clarkson Cup," she said. "Part of me is thinking I’m going to have to work really, really hard to earn a spot on this team. Which is perfect. You want to get a kick in the butt to work harder. "

If first day of the rookie training camp is usually the first day in a new school, for a lot of the Stars newcomers it was more the first day back at the same school. Most Stars have played with at least one other player before. On top of the talented draft class, Jordanna Peroff, who was acquired Friday from Toronto where she won the 2014 Clarkson Cup, was back with several McGill teammates including Charline Labonte, team captain Cathy Chartrand, Ann-Sophie Bettez, Carly Hill, and others.

"Not only in terms of chemistry but in structure of the game, it helps to have played with people before," Oles said. "A lot of us are coming from the same programs where the structure is the same. I think having that knowledge of the game and playing that kind of style will transfer into how the chemistry develops."

"It’s one fun dressing room," said Stars veteran Ann-Sophie Bettez. "It’s friends that you built and you get to play with them again so the dressing room is fun and then on the ice, you’re used to knowing their mentality so maybe you have a step ahead."

The Stars went to overtime in the Clarkson Cup final before falling to the Boston Blades. The Stars, after having won three of the first four Clarkson Cups, have now gone three years without a championship despite being in the final twice. It is something not lost on the incoming rookies.

"You come here, you want to win," said Clement-Heydra. "They are all winners in there. They expect excellence and strive towards it."