Les Canadiennes went with seven defenders to start the season, but with Julie Chu missing some games, they were a group of six for the most part. Sophie Brault and Chelsey Saunders started the season on defence, but Saunders moved back to forward near the end of the year.

Both Brault and Saunders got to play in the Outdoor Women's Classic against the NWHL Champion Boston Pride in Foxboro before the alumni game between the Canadiens and Bruins. They also both played in all Canadiennes playoff games over the last two seasons.

Sophie Brault: Brault was a late returnee to Les Canadiennes after missing the start of training camp and she was one of only three "natural" defenders on the team alongside Lauriane Rougeau and Cathy Chartrand. She played defence at the University of Montreal before her CWHL career.

Brault spent most of the year taking shifts with a revolving door of partners, but mainly was with Rougeau (when Chu was not playing due to her commitments coaching) and Karell Emard.

Brault played in all 24 games and had six assists and was a +12 on the season. She doubled her total from last year, her rookie year, when she had three assists and was only a +2.

Chelsey Saunders: Saunders was a forward last year for Les Canadiennes but played some defence. This year, she started the year as a defender but eventually switched to forward and contributed to Montreal's fourth line. 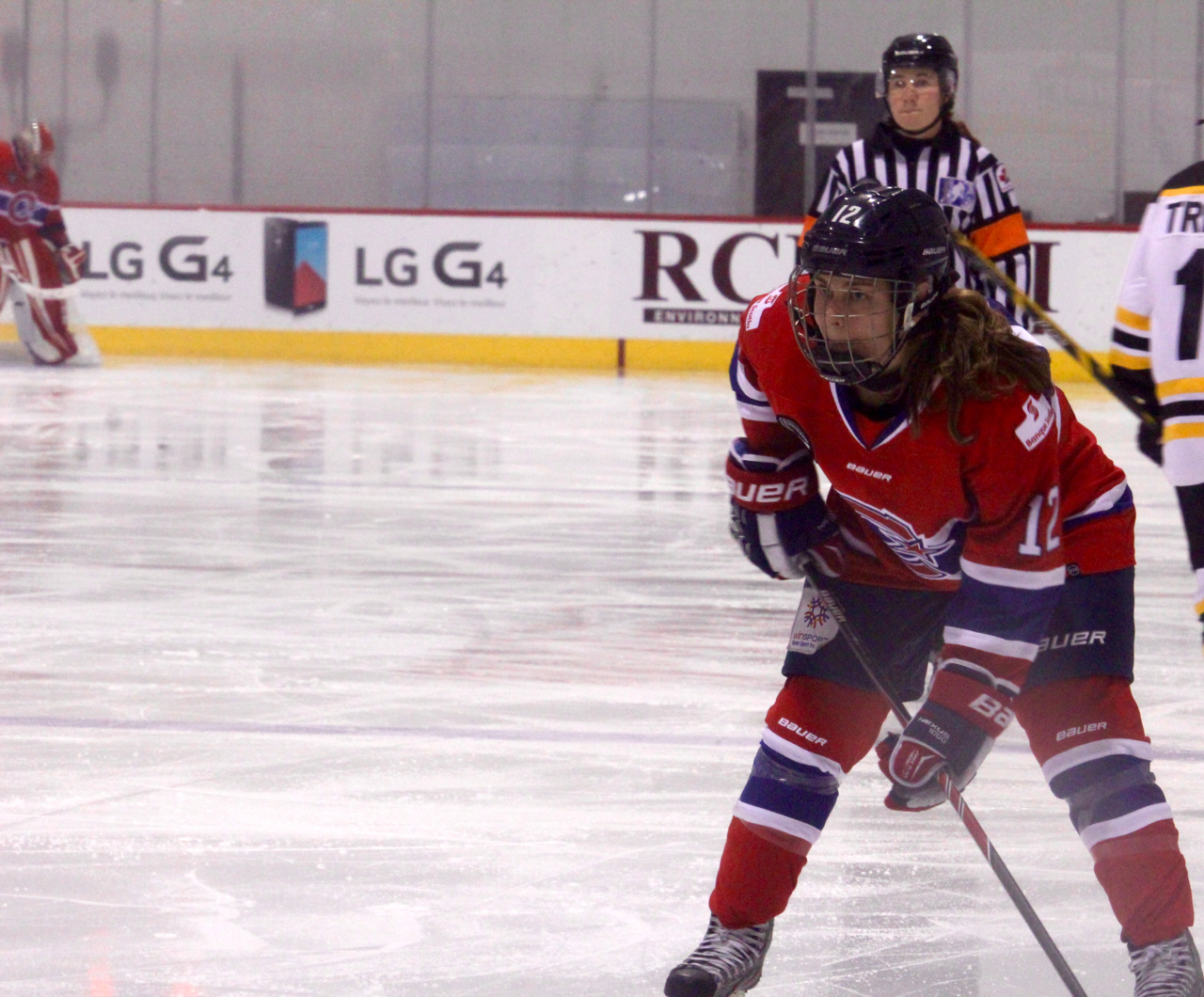 Saunders, like Brault, was in her second year coming out of McGill University where she was a forward. Last year, she was a mainstay on Montreal's fourth line and had a goal and two assists. This year, she ended the year with five assists in 19 games. She also was a +6 this season.

Late in the year she played with Emilie Bocchia and Alyssa Sherrard on Montreal's fourth line when Sara Lachance was out of the lineup.

Saunders is from Nepean, ON and got to play the Clarkson Cup final close to her hometown at Scotiabank Place in Kanata.