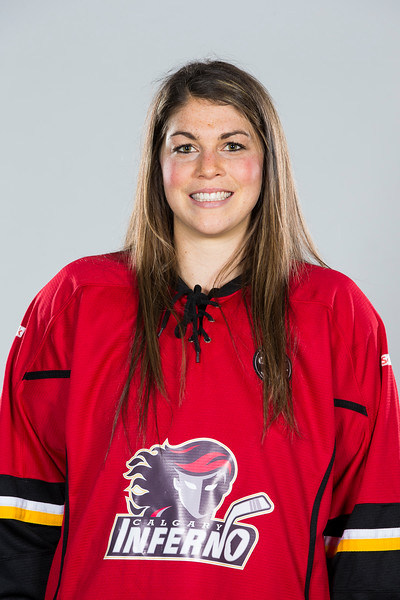 WHY SHE'S AWESOME: Do not be deceived by the fact that Rebecca Johnston only had six points this season; she only played four games. Johnston missed most of the season due to an injury, but was able to rejoin the Calgary Inferno in time to make her presence felt, and to lead them in scoring in their two game sweep of the Brampton Thunder in the semifinals.

Johnston spent four seasons at Cornell University as part of the Big Red hockey program, where she was named rookie of the year in 2008. (FUN FACT: Johnston was selected for membership in the Quill and Dagger Society, one of the most prestigious and legendary collegiate societies in North America!)

She is also a member of the national program, having won two Olympic gold medals (in Vancouver and Sochi).

Johnston was selected second overall by the Toronto Furies at the 2012 CWHL Entry Draft, before joining the Inferno in 2015. Johnston has averaged well over a point a game throughout her CWHL career, and is easily one of the most dynamic offensive threats in the league, along with Natalie Spooner and Marie-Philip Poulin.

.@RJohnst6 strikes again! Scores the go-ahead goal for @InfernoCWHL as the clock winds down #CWHL pic.twitter.com/DWgs6Akleq 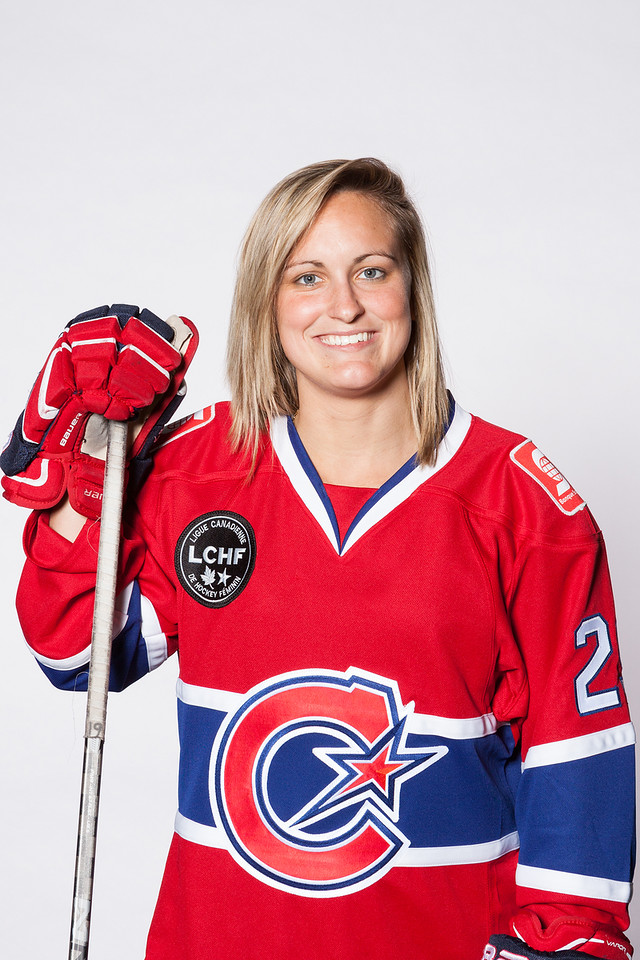 WHY SHE'S AWESOME: Poulin is the woman best known for scoring not one, but two Olympic gold medal-winning goals (Vancouver 2010 and Sochi 2014). She is one of the best women's hockey players in the world. And she's making a name for herself in the CWHL.

This isn't MPP's first go-around in the CWHL, despite being drafted this season. Poulin played her rookie season in 2007-08 as a member of the Montreal Stars. She was named rookie of the year, scoring 22 goals and 21 assists in just 16 games as a 16 year old. She also played for the Stars team that won the first Clarkson Cup in 2008-09.

She then headed south of the border to embark on a five-year NCAA career as a member of the Boston University Terriers, where she was named captain in her final year.

After graduating, she joined the newly branded Canadiennes, where she led the league in scoring to win the Angela James Bowl at season's end. Poulin makes every one of her teammates better every time she steps out onto the ice, particularly linemates Ann-Sophie Bettez and Kim Deschênes.

Poulin was her usual self in Montreal's two game sweep of the Toronto Furies in the semifinals. Just in case you need convincing, check out this highlight reel moment from game two:

Sportsnet's play of the game is this incredible goal by @pou29 to put @LesCanadiennes up 6-1 #CWHL pic.twitter.com/KRWxNE6bF4

WHO HAS THE EDGE: This is a really tough call. Johnston is the 2015 Angela James Bowl winner, Poulin is the 2016 Angela James Bowl winner. Both are two time Olympic gold medalists, though only one boasts a pair of golden goals. Both women are extraordinarily talented offensive threats. I'll give the (slight) edge to Poulin, who has the advantage of playing a full season, while Johnston spent most of 2015-16 injured.