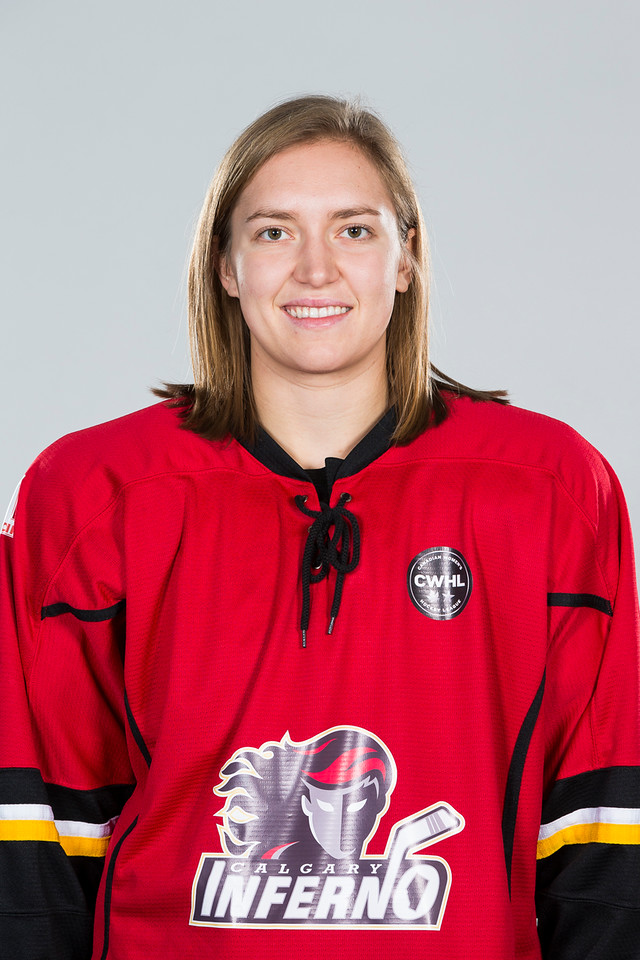 WHY SHE'S AWESOME: Brianne Jenner is in the midst of her first season with the Calgary Inferno, though she's no rookie to the CWHL. Before joining Cornell's Big Red hockey program, Jenner spent a season with the now defunct Burlington Barricudas, as well as a season with the also now defunct Mississauga Chiefs. She amassed 25 points in 28 games as a teenager split between the two clubs, before moving on to her NCAA career.

Over the course of her five years at Cornell, Jenner scored 93 goals and 135 assists over 129 games played (making her NCAA points per game average 1.77).

Jenner was named to Canada's Olympic roster in 2014, where she would go on to be part of the gold medal winning team in one of the most entertaining and epic hockey games of all time. She scored the pinball goal that made it 2-1 before Marie-Philip Poulin's heroics.

Upon graduation from Cornell, Jenner made herself eligible to be drafted by the CWHL, where the Inferno selected her fourth overall in August 2015. She finished first on the team in scoring, with rookie Elana Lovell hot on her tails, trailing by only two points.

The Inferno have a lot of offensive fire power, and shutting down Brianne Jenner will be task number one for Les Canadiennes on Sunday.

Wow! What a goal by @briannejenner for @InfernoCWHL! The lead is cut to 1. #CWHL pic.twitter.com/TlAAAOG04o 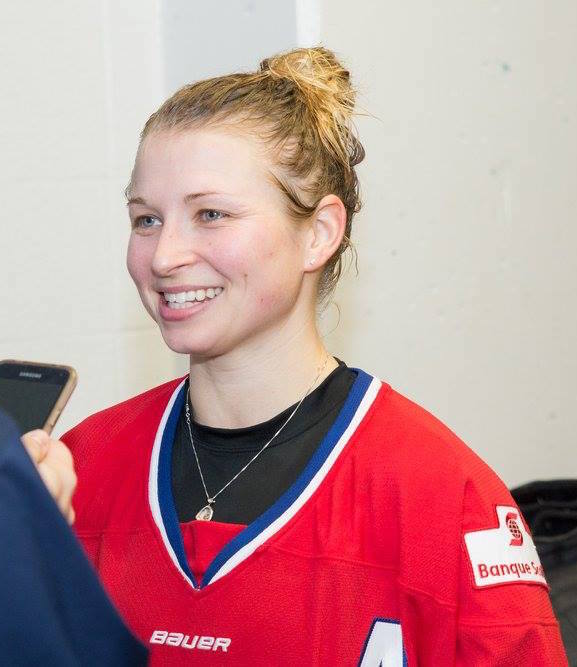 WHY SHE'S AWESOME: Ann-Sophie Bettez played CIS hockey at McGill University, where was named rookie of the year in 2008 as a member of the Martlets. By the end of her five year career at McGill, Bettez had a few titles under belt, was twice named conference MVP, and is still McGill's all-time leader in goals (85), assists (87) and points (172), a feat which she accomplished in just 91 regular season games.

Bettez then moved on to the Montreal Stars of the CWHL, where she would excel. She was named rookie of the year in 2013, notching 33 points in 23 games. She has averaged at least a point per game in all four of her seasons in the CWHL (she actually averages 1.52 over the course of her career). She has been in the top five of CWHL scoring every year she's been in the league.

Ann-So, as she known to her team mates, has been in the top five in scoring throughout her CWHL career. She won the Angela James Bowl in 2014, and finished this season as the runner up in the scoring race to teammate and linemate Marie-Philip Poulin.

This Sunday marks Bettez's third Clarkson Cup final appearance, though she is still looking for that first elusive victory. In the meantime, check out this sweet tic-tac-toe play in which Bettez & Kim Deschênes earned assists on Poulin's goal:

WHO HAS THE EDGE: If you were to ask someone at Hockey Canada, they would undoubtedly say that Brianne Jenner is a better hockey player than Ann-Sophie Bettez. If you're a casual hockey fan who only follows women's hockey every four years during the Winter Olympics, then you haven't heard of Bettez. She not only isn't part of Team Canada's Olympic squad, but she doesn't even get invites to selection camps. She is one of the best female hockey players in the country, although her size may factor into Hockey Canada's decision making process (there's no other conceivable reason why she doesn't even get a look.) Jenner is extraordinarily talented, but I'd take Bettez on my team over Jenner every day of the week.