Les Canadiennes are set to take to the Bell Centre ice

Some of the best moments from the past two seasons

Share All sharing options for: Les Canadiennes are set to take to the Bell Centre ice

Do you have your tickets to watch Les Canadiennes take to the Bell Centre ice on Saturday? Not yet? Watch this.

OK, so now you’re excited to see a dream come true for so many women’s hockey players. But if you are going, and really, you should be, you are also in store for some great hockey action.

Let’s start you off with one of my favourite CWHL goals of the last year. Three players touched the puck for less then a second each, and it ends up in the back of the net.

Now, Les Canadiennes have Marie-Philip Poulin who is probably the best women’s hockey player in the world. Why is she so good? Well here are a few examples.

We’ll start with this one. I think this is probably one of the most outrageous goals I have seen live. The fact that it was scored in a playoff game shown live on Sportsnet... well... that’s just MPP.

You also might not want to give her a penalty shot.

Caroline Ouellette, who scored the first goal above, is one point away from 300 in her CWHL career (she would be the first player to reach that mark) and is two goals from the CWHL record as well. Oh, she also leads the league in scoring.

She scored an OT winner earlier this year on a 4-on-3 after more beautiful puck movement.

And that’s not all. Noémie Marin had a beautiful individual effort on this goal. She is third all-time in points in CWHL history.

If you are a fan of hockey, and are able to come to the Bell Centre Saturday afternoon, you owe it to yourself to watch some of the best players in the world in a great arena with a great atmosphere.

There are 12 players between Les Canadiennes and the Calgary Inferno who played in the 2014 Olympics, and several more who could make their Olympic debut in 2018 and have represented Canada and other countries at the top level.

And to add to all of the emotion going into this game, remember that Montreal is embarrassed by how they played in the last game between these two teams and will come out ready on the biggest stage they’ve ever had in their home city.

Tickets are 15$ and are available here. 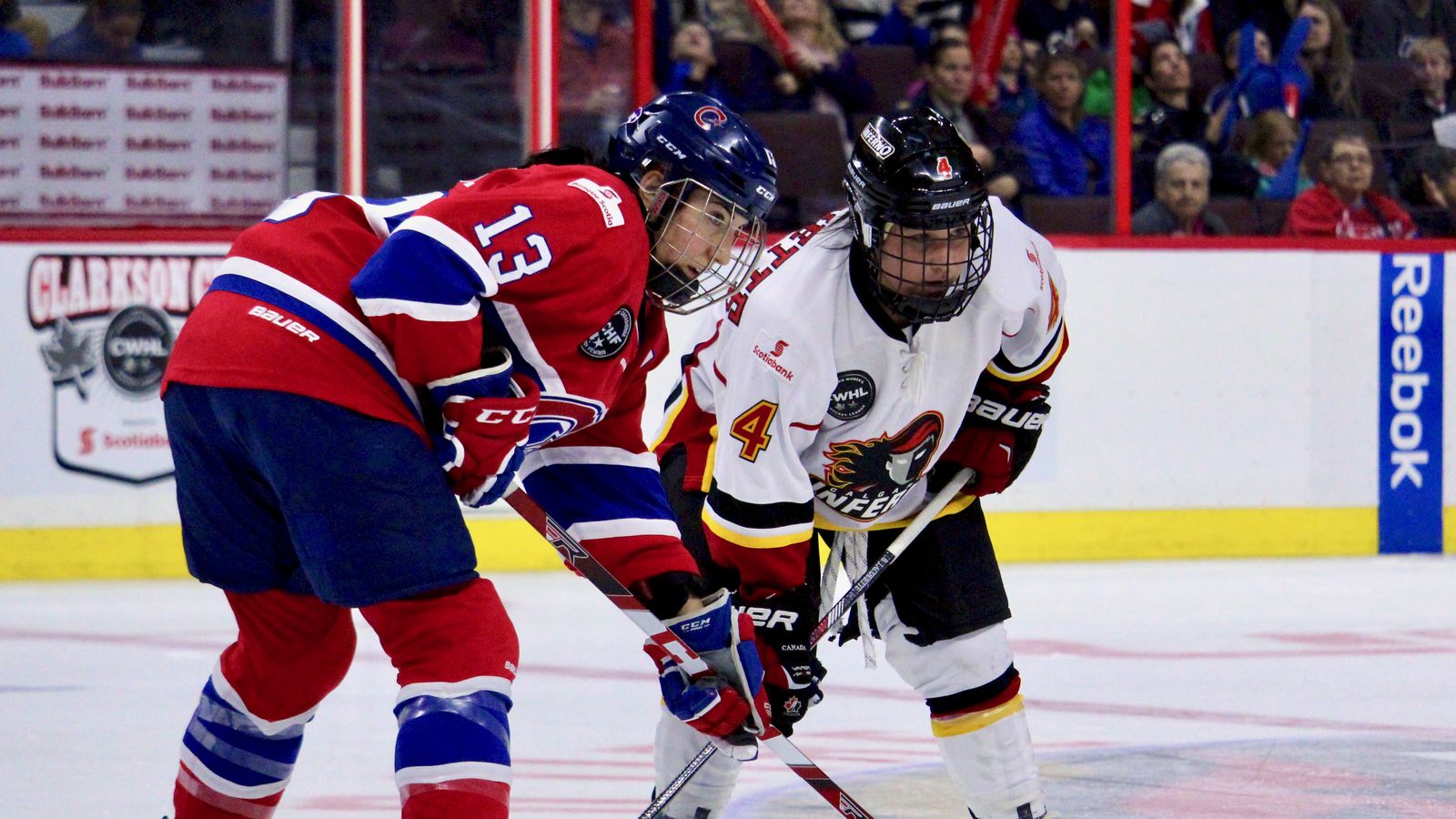 ‘I grew up dreaming of playing for the #Habs’: @LesCanadiennes ready for Bell Centre debut

Les Canadiennes excited and hopeful about their Bell Centre appearance