The NHL has released the schedule for the upcoming NHL season, and we've got all the details for you concerning the Montreal Canadiens.

We already knew coming in that the Montreal Canadiens would be opening on the road against the Toronto Maple Leafs on October 8, followed by being the visitors for the Washington Capitals' home-opener a day later, and that they would have their own home-opener a week later on October 16 against the Boston Bruins. Now we have the entire schedule at our fingertips.

The schedule includes 18 back-to-back sets, 17 of which involve travel. The schedule also includes just two Sunday afternoon games all season, which is fantastic! 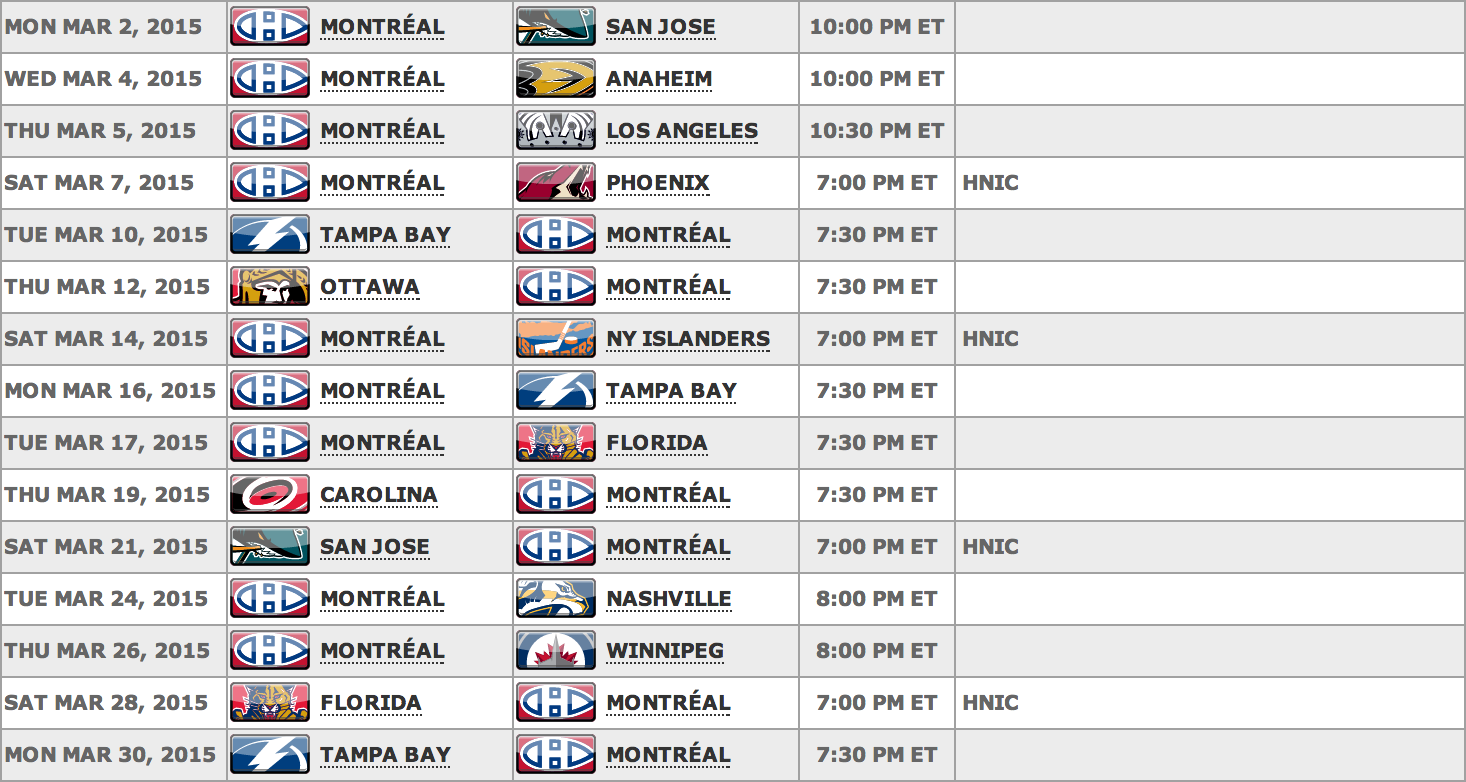