TSN broadcasts the Canadiens nationally quite often, but they also have their own regional network that is often the only English broadcast available. Here are the games TSN will broadcast this year.

The Montreal Canadiens will be featured on the big network on TSN 14 times during the regular season, along with one preseason game against the Boston Bruins on Monday, September 16th. You can see the entire broadcast schedule for TSN here.

The last six games on TSN are absolutely huge ratings draws. Those are six of the most anticipated games on the schedule, really. Nabbing three of the games against new divisional rival Detroit is a big deal, as is a matchup with the defending cup champion Blackhawks.

On the regional network (TSN-Habs), 30 Canadiens games will be broadcast in English. Here's the complete TSN-Habs schedule: 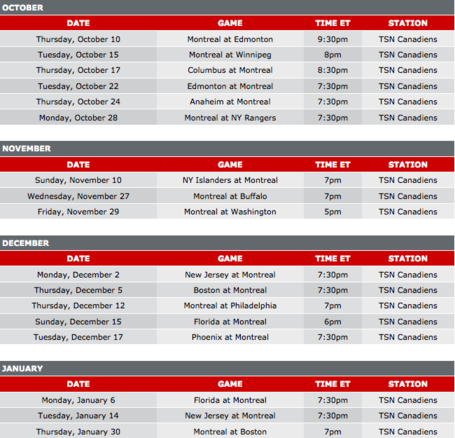 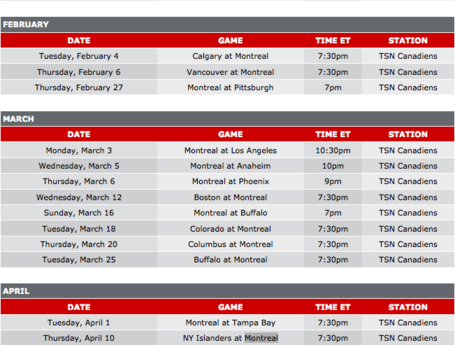