The Canadiens should exercise caution when trading away league-recognized defencemen.

The Montreal Canadiens have a curious tendency to trade away Norris Trophy-calibre defencemen. Six members of the Canadiens have won the Norris, and between them, they have won the trophy 12 times. But only a single one of them ended up playing his entire career in Montreal: Jacques Laperrière.

Let’s look back at those they traded away, and see how things panned out for the Habs.

The Trade: On June 13, 1961, the Canadiens traded Doug Harvey to the New York Rangers in exchange for Lou Fontinato.

Reasons: In what would go on to be one of the more bizarre trades in Canadiens history, the team sent their premiere defenceman to the New York Rangers, in return for noted pugilist "Leapin'" Lou Fontinato.

At the time of the trade, Harvey was a six-time winner of both the Norris Trophy and the Stanley Cup with the Canadiens. The Montreal native, who was named the captain of the club a season prior, seemed an unlikely candidate to be moved. But general manager Ken Reardon had no qualms about shopping his All-Star. 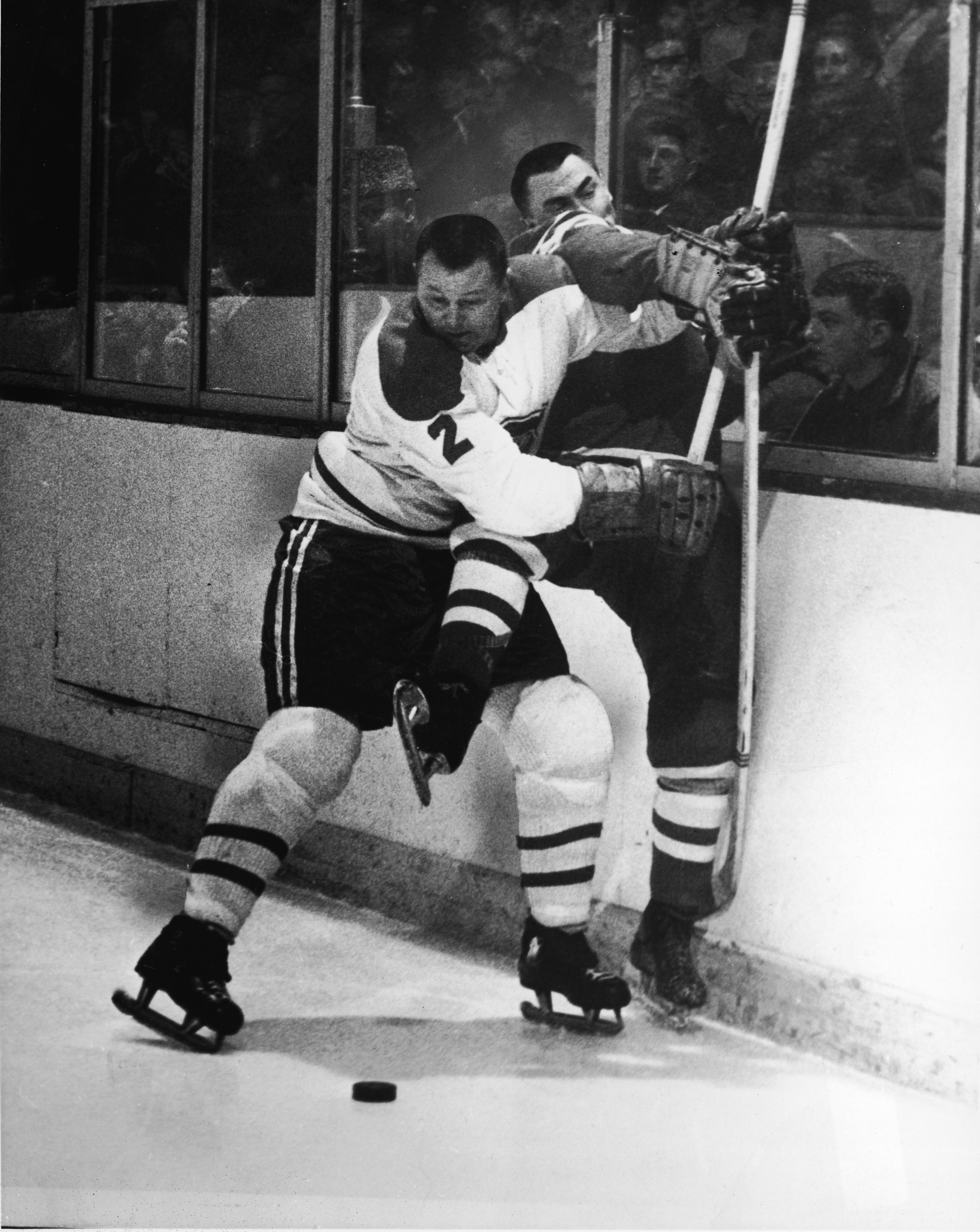 Though the Canadiens claimed that the trade was made due to concerns about Harvey’s age and to ensure that he could pursue a new opportunity as a player-coach with the Rangers, it seems that Harvey`s off-ice activities may have directly contributed to his trade. Harvey was known to have teamed up with Ted Lindsay in order to establish a player's association and believed that it was his involvement in union activities that ultimately led to the end of his time in Montreal.

Results: Neither the Montreal Canadiens nor the New York Rangers would go on to win the Cup the next season, as the Toronto Maple Leafs went on to be named Stanley Cup champions.

Doug Harvey won his seventh Norris the year after being traded to the New York Rangers and led the team back to the playoffs. He would also go on to outscore Fontinato, putting up more points in a single season with the Rangers than Fontinato managed to score over his entire tenure with the Canadiens.

Harvey ended up spending another 11 seasons (split between the NHL, AHL and CPHL) on the ice before retiring at the end of the 1968-69 season at 44 years of age with the St. Louis Blues. A first ballot Hall of Famer, Harvey was remembered as one of the best players to have ever played the game and was credited with revolutionizing the defenceman position.

Lou Fontinato would go on to play two seasons with the Canadiens before a career-ending injury forced him to hang up his skates during the 1962-63 season.

The Trade: On September 9th, 1982, the Montreal Canadiens traded Rod Langway, Doug Jarvis, Craig Laughlin and Brian Engblom to the Washington Capitals in exchange for Ryan Walter and Rick Green.

Reasons: Rod Langway is the odd exception to this list; because unlike the others, he went on to claim his Norris Trophies after being traded away from the Canadiens.

With Quebec’s high tax rates hurting his finances, Langway made it fairly clear to the Canadiens that he needed to be compensated more or moved. Given this ultimatum, Canadiens general manager Irving Grundman decided to pull the trigger on a blockbuster trade with the Washington Capitals.

Sent away in a six-player trade, Langway joined Jarvis, Laughlin, and Engblom in D.C., while 1978 second-overall pick Walter and 1976 first-overall pick Green headed the other way to Montreal. With Langway in their starting lineup, the Capitals would secure their first playoff berth in franchise history, and the team which had come so dangerously close to being relocated would remain in Washington for years to come.

Results: Both Walter and Green were serviceable players for the Canadiens. They spent nine and seven seasons, respectively, in Montreal, though neither player was able to fulfill their draft-day promise. Walter would score 75 points during his first season with Montreal, but never topped 50 points in any campaign thereafter. Green, a stay-at-home defencemen, suited up for nearly 400 games in a Canadiens jersey. After winning the 1986 Stanley Cup, both Walter and Green would see their names engraved on hockey’s Holy Grail.

In contrast, Langway went on to be named captain of the Capitals following the trade and immediately bolstered Washington’s blue line. Despite being one of the worst teams in the league at the time of the trade, the Capitals went on to make the playoffs for the next 11 consecutive seasons under his captaincy. For his efforts, Langway ended up just short of winning the Hart Trophy in 1982, finishing as a runner-up to Wayne Gretzky.

In an era dominated by offensive defencemen, Rod Langway was named the top defencemen in the league on the strength of his defensive play alone. Despite having never topped 34 points in a season, Langway was an immovable presence on the back end and made scoring an incredibly difficult task for opposing forwards, solidifying his status as one of the best defensive players to ever play the game.

The Trade: On September 4th, 1990, the Canadiens traded Chris Chelios and a 1991 second-round pick to the Chicago Blackhawks in exchange for Denis Savard.

Results: Having apparently learned nothing from the last time they traded away a Norris-winning defenceman, the Canadiens one-upped themselves by making one of the most lopsided trades in NHL history with the Chris Chelios debacle.

Serge Savard made the transaction during the 1989 off-season. Savard, who was both injury prone and a year older than Chelios, was a declining asset while Chris Chelios had just come of a Norris-winning campaign, and had been named co-captain of the Canadiens. 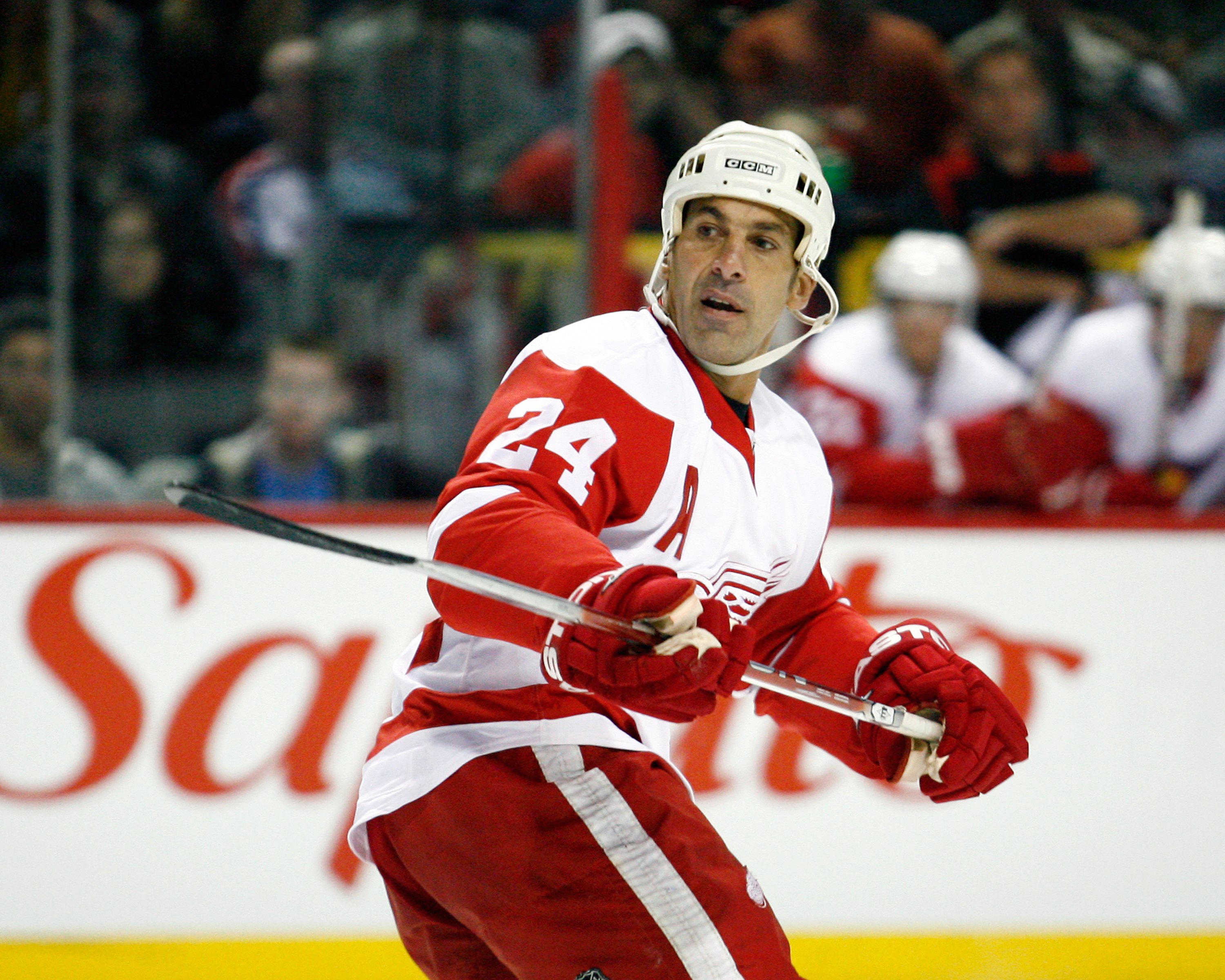 On the surface, the trade ended up sending two players recovering from knee surgeries back to their respective hometowns. However, rumours swirling around the Canadiens seemed to indicate that Chelios' off-ice activities may have forced Serge Savard's hand and the rather odd timing of the trade itself (which was completed a day after Chelios was reported to have gotten in trouble with the law) seems to have corroborated those suspicions.

Results: The Canadiens would go on to win their 24th Stanley Cup in 1993, and Savard put up five points in 16 games during that run. Chelios, on the other hand, was the recipient of the 1993 Norris Trophy, having scored 15 goals and 73 points to win the honour.

But in the long run, this trade would come back to haunt the Canadiens. Though Savard managed to put up a pair of 28-goal seasons with the bleu-blanc-et-rouge, he never really turned into the dominant player that he was with his former club. Savard spent three seasons in Montreal, before signing with the Tampa Bay Lightning after the team's Cup victory, and spent only five more seasons in the league before retiring with the team that originally drafted him: the Blackhawks.

Meanwhile, Chelios went on to win two more Norris Trophies with Blackhawks and claimed the Stanley Cup twice with the Detroit Red Wings. Chelios spent an additional 20 seasons in the league, and ended his career having appeared in over a 1600 NHL games. The 11-time NHL All-Star also captained Team United States at international events, winning a silver medal at the 2002 Winter Olympics and winning gold at the 1996 World Cup of Hockey as an alternate captain.

In retrospect, none of these trades worked out in Montreal’s favour. In each of these cases, the Canadiens parted with their star defencemen and didn't nearly receive enough back to justify the trades. Let's hope Marc Bergevin and the Canadiens can buck this worrisome trend, with the latest trade that saw the Norris-winner P.K. Subban being shipped out in exchange for Shea Weber.