With the latest cuts, Hamilton now has a total of 29 players at training camp.

Defenceman Matt Grassi and goaltender Mike Condon have been assigned to the ECHL's Wheeling Nailers, while defenceman Dalton Thrower has been assigned back to junior with the WHL's Vancouver Giants.

The official press release for today's roster moves can be seen below: 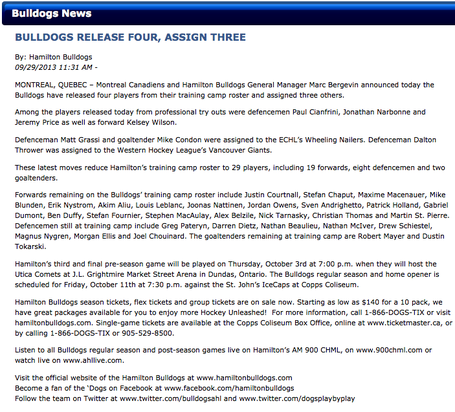