After speculation as to when the Hamilton Bulldogs would make cuts to their training camp roster, Montreal Canadiens and Bulldogs General Manager Marc Bergevin announced today that six players have been released.

It was also announced that goaltender Peter Delmas has been assigned to the ECHL's Orlando Solar Bears.

The official press release for today's roster moves can be seen below: 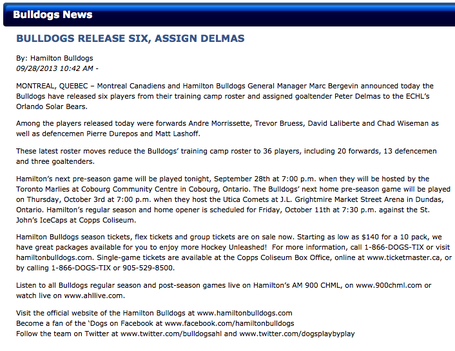