We're into August, and Subban contract drama aside, there isn't much to report on for the Canadiens. Luckily, our popular late summer feature returns to help fill the void. It's a much different looking list this year than previous years, as PK Subban abdicates the top of the podium for a younger man. Who is our new king?

Share All sharing options for: Canadiens 2014 Top 25 Under 25: Introduction

Welcome, Montreal Canadiens fans, to the 2014 edition of Eyes on the Prize's Top 25 Under 25 series. This is the fifth summer edition of the ranking, and the first that will not feature PK Subban, Max Pacioretty, and Lars Eller. It's a changing of the guard for our youth, as those three excellent hockey players are now officially bestowed veteran status by our totally non-arbitrary cutoff of being 25 years old this summer.

I'm pleased to announce that this year's ranking features input from a very large panel of Eyes On the Prize editors, writers, and contributors. Sixteen ballots were submitted with a lot of thought put into them. If you ever think that we here at this site suffer from a groupthink mentality, just look at the lists voted on here when we're done. Trust me, we have a wide range of opinion on these players and their potential impact for the main team going forward.

In the following weeks, we'll be revealing the ranking one by one, with eleven different writers profiling the players. This is the biggest and most comprehensive group project we do annually here at Eyes on the Prize, and we hope you enjoy the articles while debating the case for a prospect's ranking on this list in the comments. 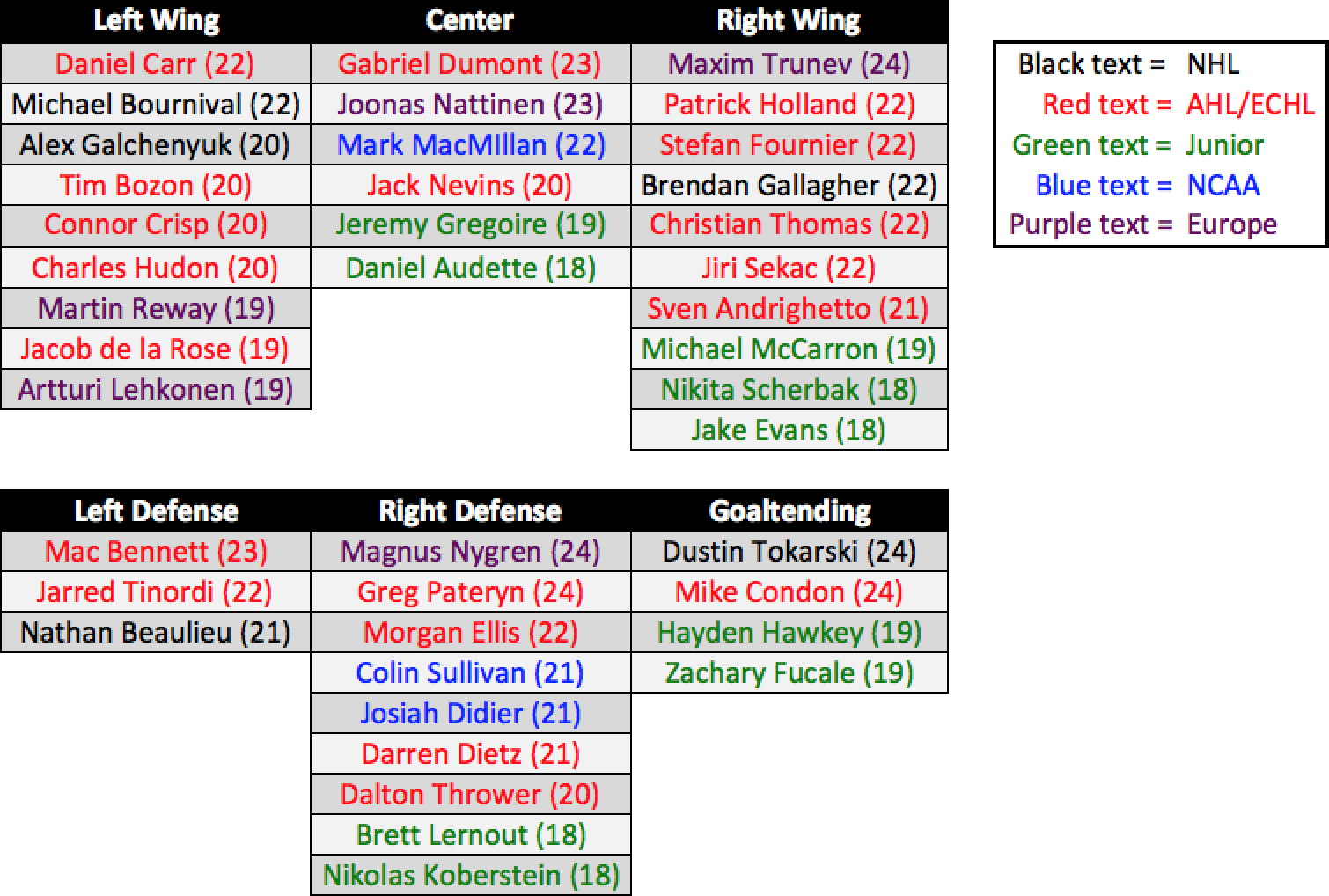 Our ranking is based on one simple question: when choosing between two players, would you trade one player for the other? The player you value more, whether based on current production or the player you project them to be, is the one that gets ranked ahead of the other. Knowing what you know about Dustin Tokarski, for example, would you trade him to a team straight up for Zachary Fucale, a much younger prospect with a good track record in junior? These aren't exactly easy questions to answer, but no one said the choices would exactly be easy.

Alex Galchenyuk is the man to beat from last year's ranking. He finished second, and is the highest ranked player from last year remaining. But does our panel still feel as strongly about Galchenyuk this year as they did a year ago? Did Brendan Gallagher make a case to be considered at the top? What about 2014 top draft pick Nikita Scherbak? After a strong rookie AHL season, where does Sven Andrighetto land on the ranking? And how do we properly rank Tim Bozon as he continues to recover from a potentially fatal case of Neisseria meningitis?

Let us help you through the last six weeks before training camp with this ranking. Enjoy!