We take a look at 2 recent draft picks, one recently acquired player, and a couple of Bulldogs that are having strong campaigns.

Our mid-term Top 25 under 25 continues, as today we take a look at the prospects ranked 20th to 16th. 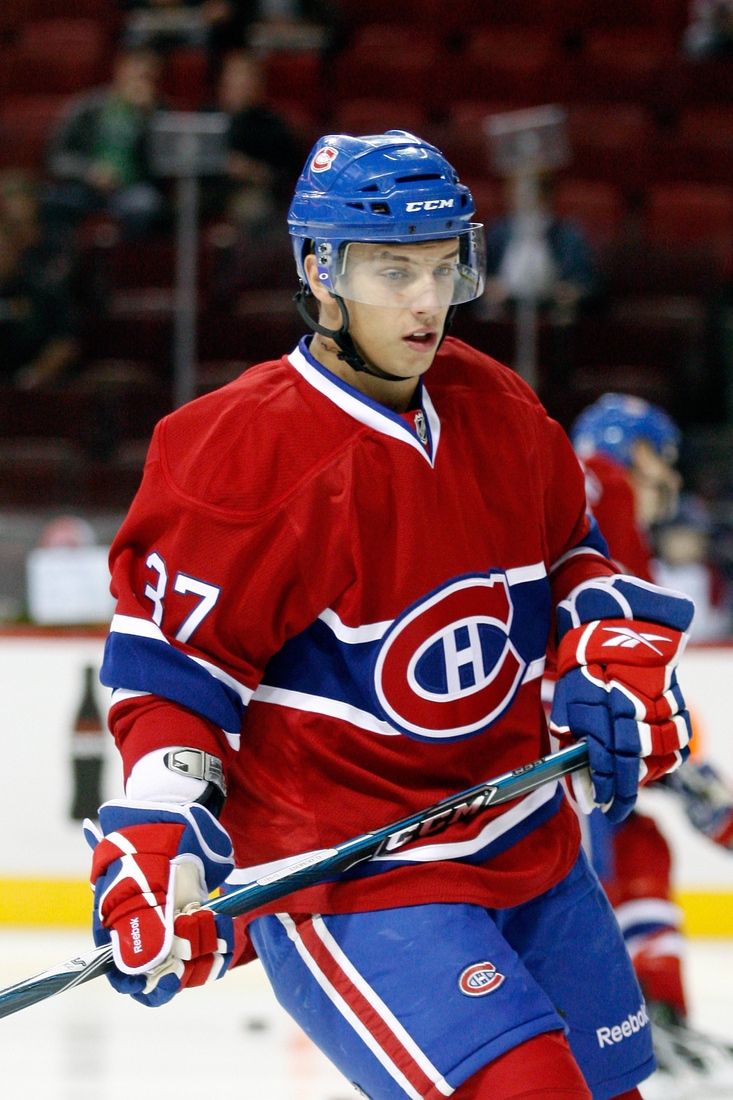 As Montreal's 5th round pick in 2009 Gabriel Dumont is performing about as well as anyone could have expected. He threatened to make the Habs out of camp, but ended up being one of the last cuts. His spot went to rookie Michael Bournival, and Dumont has been relegated to the AHL ever since. Dumont currently sits 5th in scoring for Hamilton, and has just finished up a strong stretch where he scored 4 goals in 5 games for the offensively challenged Bulldogs. Presently he is centering the 1st line in Hamilton, between Nick Tarnasky and Mike Blunden. There's little chance that Dumont secures a spot with the Habs this year in anything other than a replacement role, however his tenacity and high end work ethic will ensure he remains in the conversation for the first potential call-up. Unfortunately Montreal is already littered with small stature players, which will definitely lower the chances of Dumont sticking with the Canadiens in the near future. At the moment it's probably best to pencil him in as a 4th line replacement level player. It's worth noting that he's shown that he's good enough to play in the NHL. His constant effort on the ice means he'll be a coach favourite, no matter where he plays. 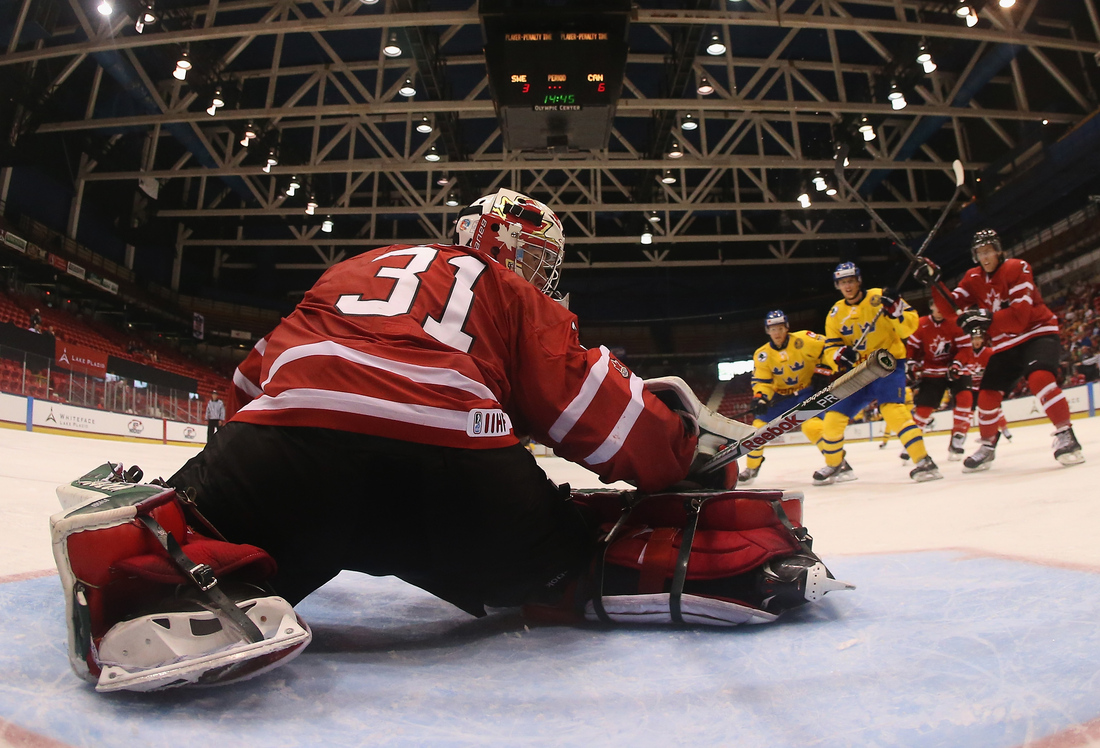 Zachary Fucale has been the subject of much debate within the EOTP voting. Bruce ranked him outside of the top 25, whereas the rest of the panelists ranked him within the top 25, including two who put him into a top 15 position. Goalies are always tough to rank due to the timeline they require to develop, the rate of failure they endure, and a plethora of other variables.

The Laval native was named to Canada's World Junior team, and eventually won the job from Jake Paterson due to his superior poise. In 5 games Fucale posted 3 wins, 2 losses, a 2.42 GAA and .902 save percentage, playing behind a very shaky defensive corps.

Fucale is definitely Montreal's best goaltending prospect in terms of pedigree and starter potential, however it will be at least 3 years until we see him with the club, if not longer.

Fucale is enjoying a good season in Halifax, despite the loss of their superstar player Nathan MacKinnon. He currently sits top 10 in league-wide save percentage, and will look to build on his World Junior Championship experience going forward. He's expected to be the starter for Team Canada at next year's WJC, which will be held in Montreal & Toronto. 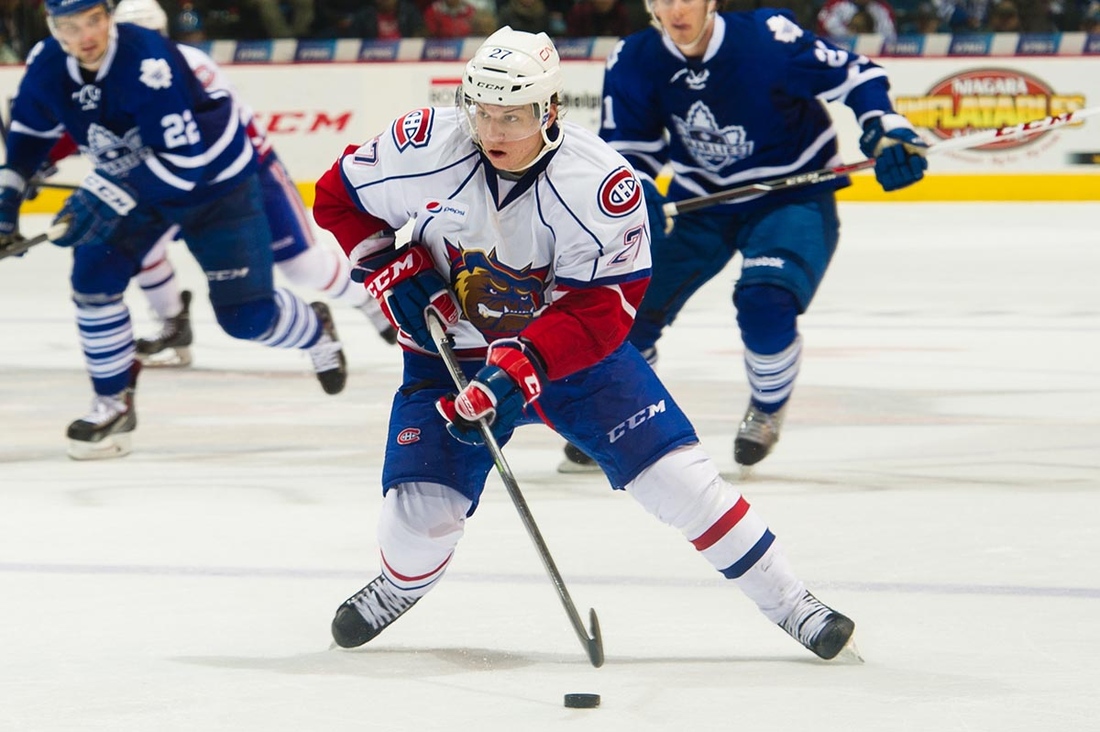 Sven Andrighetto is one of the most interesting prospects in this range, as he possesses great offensive ability paired with an abundance of raw skill. As it stands he should arguably be the first call up from Hamilton should Marc Bergevin decide Montreal is better off calling up their skilled players. Playing on the third line in Hamilton alongside Martin St.Pierre and Patrick Holland, he's 4th in team scoring despite having played up to 10 less games than team scoring leaders. As a result Andrighetto has shot up the Top 25 Under 25 rankings, going from 26th last summer to 18th in the mid-term rankings.

His 0.65 points per game ratio places him second on the Bulldogs, behind veteran captain Martin St.Pierre. He also happens to be one of only three Bulldogs that has a shorthanded goal this season. All and all he's having an excellent rookie season in the AHL, and Montreal would be wise to keep him on the radar. His skills are undeniable and they're definitely transferable to the NHL. If all goes logically, we'll be seeing Andrighetto in the NHL sooner than later. His play making skills alone should ensure a hasty graduation from the AHL.

You can read more about Andrighetto here, as he was a near miss in the last T25 U25 rankings. 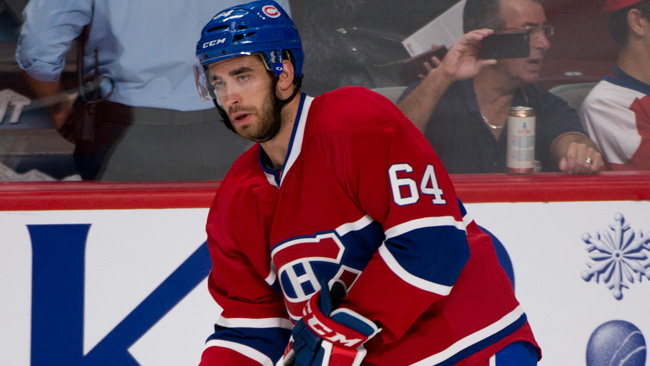 Greg Pateryn struggled in his 3 game audition with Montreal last year. His first game went smoothly, followed by 2 games where Pateryn saw ridiculously easy assignments make his life difficult. The good news is that Pateryn has managed to emerge from his rough first taste of NHL action and has cemented himself as one of the top defensemen in Hamilton. Of course, Jarred Tinordi and Nathan Beaulieu have a higher ceiling, however it's Pateryn that has been facing the top opposition, as well as churning out solid power play production on the second unit. His responsibilities are not limited to facing the top QoC and the power play, as he also slots in on the first penalty kill unit, alongside defensive partner Jarred Tinordi. He leads the team in +-, and has the third most power play goals on the roster. It's my personal opinion that Greg Pateryn is probably the safest option for a call-up if Montreal has to deal with injuries, or if GM-Bergevin comes to his senses and realizes that there's no possible way that Greg could do worse than either Douglas Murray or Francis Bouillon. His upside looks to project as a third pairing guy that can fill in on the power play as well as the penalty kill. Moving forward he's definitely behind Tinordi and Beaulieu in terms of potential, but he's a safe bet as a depth defenseman at the NHL level. 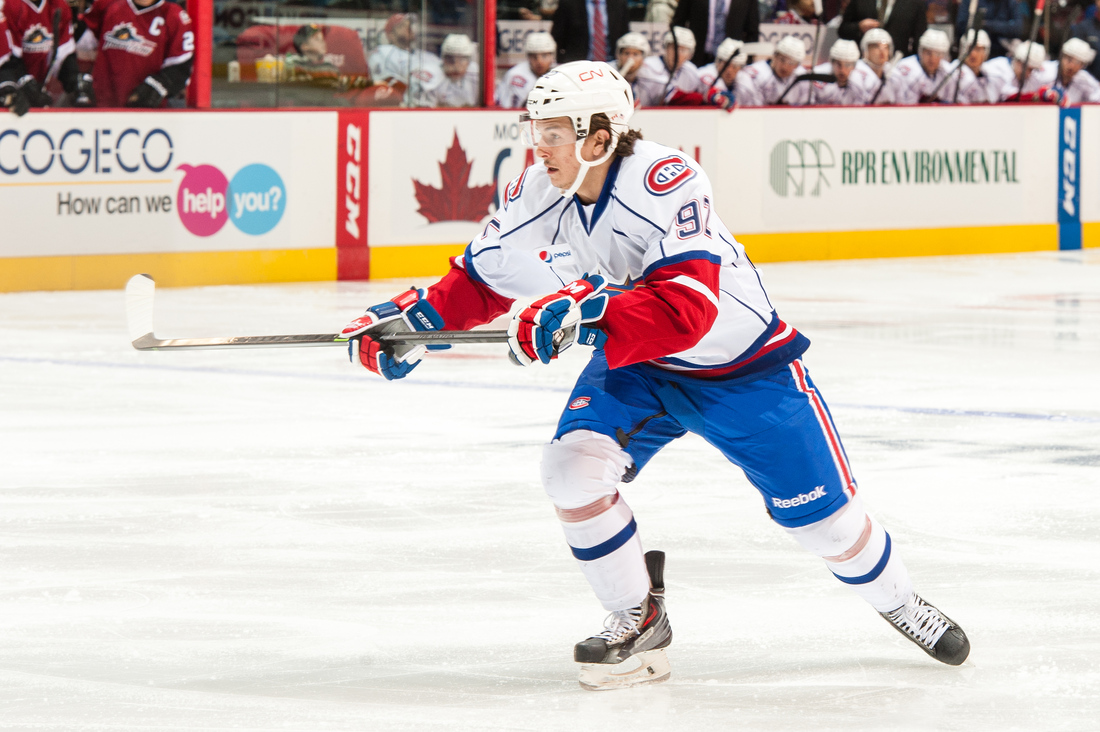 Christian Thomas was acquired in the off-season in a trade with the Rangers that sent Danny Kristo to New York.

After suffering an injury during training camp, Thomas missed the start of the AHL season and only made his Bulldogs debut in mid-November. The undersized forward has produced the 4th best PPG ratio of the team. He's currently slotted on a line with Louis Leblanc and Maxime Macenauer, taking care of second line duties. Although it took him 5 games to score his first goal for the Bulldogs, he has shown great speed, combined with an excellent release, and soft hands. Once paired with Leblanc his play-making ability have been quite apparent. Unfortunately Thomas is plagued with the same disease as most hockey players: inconsistency. He's definitely steadied his play since his early games with Hamilton, but he'll have to score with a little more regularity and continue to polish his game if he hopes to make it with the Habs.

You can read more about Thomas here, in his summer T25 U25 profile.