While the true excitement comes from the Top 25 Under 25, often there are players who just miss the cut that many believe are worthy of making it, so every year we look at a few of the guys who just fell short.

Every year when we do this Top 25 Under 25, there's someone who was ranked on the outside looking in who blitzes up the rankings the next time we do them. In 2012 the guy who missed out by a hair was Charles Hudon, whereas in 2013 Sven Andrighetto just missed the cut. As you may have guessed, both these players are solidly in the Habs Top 25 Under 25 in this edition.

Because of this, we always feature a couple of guys who didn't quite make the cut, so here are the three that I chose: 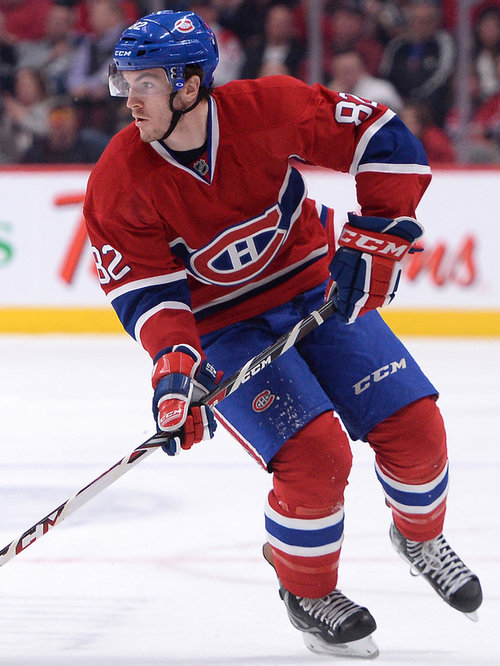 Patrick Holland was pushed just outside the Top 25 Under 25 as a result of newly drafted players moving up in the rankings, many of whom have put on much more noteworthy performances. While Holland began the year in the Canadiens' good graces, earning his first ever call up to the NHL, his performance both in that call up and since then leaves a lot to be desired. His 22.4% Corsi with the Habs was jarringly bad, and his production level in Hamilton is the exact same as hit rookie season, where he's gone 13 games without a goal, and is shooting at a far lower rate than last season. It's a little too early to call Holland a bust, but he has a lot of work to do before he sees NHL ice again. Holland has dropped from 19th, to 25th, to 26th since being acquired from Calgary. 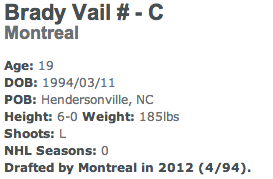 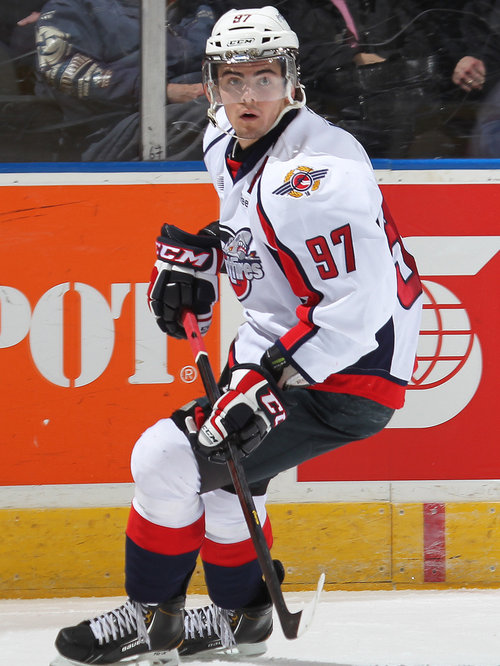 After struggling to improve last season and early cuts from both the American World Junior team and Habs training camp, Brady Vail is having the best season of his young career. That's to be expected of a 19 year old OHL "veteran", however matching his career high in goals in 25 fewer games is pretty excellent. Vail being out of the running for Team USA at the WJC early on seems to have allowed him to focus on his game and become a better player, and although he occupies the exact same spot in the rankings now as he did in the summer, if his improved play continues for the Spitfires and carries over to the playoffs or another stint in the AHL for the Bulldogs, I can easily see him moving up from 27th in August. 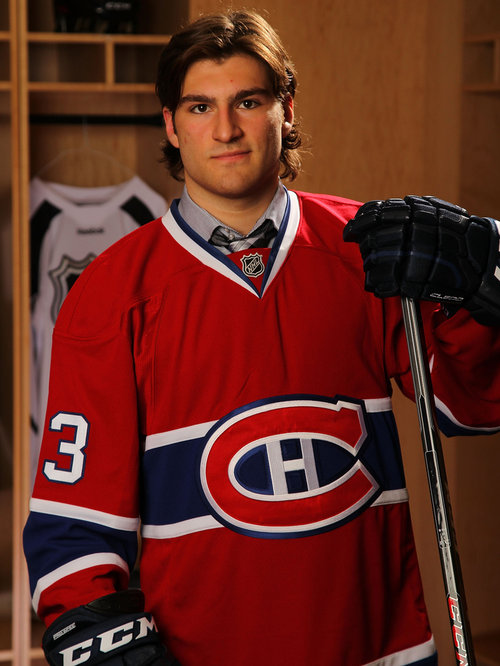 After two fairly uninspiring QMJHL seasons, Jeremy Gregoire made the Canadiens notice him with a fantastic playoff performance for Baie-Comeau, and they took a chance on him in the 6th round. So far, Gregoire has impressed the Habs brass with his tenacity, as the young prospect seems to perform in spite of himself. Gregoire is not the most skilled player, and he's not the biggest player, he just seems to will himself into scoring position and get things done. He began the season on a torrid scoring pace, sticking among the QMJHL's leading scorers for the first two and a half months, but has cooled off significantly since then. Hopefully he will heat back up now that fellow Canadiens prospect Charles Hudon has been traded to Baie-Comeau. Gregoire's play has launched him from 36th to 29th, and I think it's very possible the he could make the top 25 soon.