EOTP's 2013 consensus #1 Top 25 Under 25 selection is none other than Liga Süpahappifunbäal goal-scoring phenom, Sprague Ribinsoin. This likely comes as a surprise for a number of readers, seeing not only that Sprague is 27 years old but, more compellingly, wasn't on any NHL team's radar last season. How exactly did Larry Ribinsoin's supremely talented, long-estranged, and beet-farming offspring suddenly soar to such lofty heights?

On the matter of Sprague's potentially controversial inclusion in this year's voting, given he is notionally 27 years of age, readers should note that Ribinsoin is only considered that age in Switzerland, the Benelux nations, and by the owner of a Savile Row haberdashery. In reality, when Sprague's age is adjusted for time zones, currency exchange rates, and overnight lending rate differentials, he is technically 24 years old by North American standards. As such, there's obviously no need to get bogged down in unimportant and distracting semantics.

The Montreal Canadiens pulled off a real coup with the free agent signing of Ribinsoin earlier this year. The son of former Hab D-man Larry Ribinsoin (1968-71), Sprague was largely forgotten after six years ago abandoning a promising junior career with the Snug Harbour Malign of the OMJHL to pursue a doctorate in quantum physics in Europe. A left-winger with the Malign, Sprague tallied an impressive 47,003 goals and zero assists in eight games in 2005-06, after missing most of the season with a self-diagnosed tummy ache.

Returning to hockey with Glöorpf HK of the Swiss Liga Süpahappifunbäal this past season, Sprague picked up where he left off, potting 237 goals in 37 regular season games, subsequently ratcheting up his per-game goal production by almost 70% during the playoffs, scoring107 goals in 11 matchups - he played nets in the final game - and inspiring Glöorpf head coach Skaär van der Gaärnaärdaärhaärlaärnaärjaärensensensensensensensen to deem Sprague, "the clutchiest clutch clutcher to ever clutch the clutchingly clutched clutch, clutch-wise".

Were it not for Sprague's premature retirement last season, following a fit of rage after being awarded an assist that was later nullified by the courts, the expectation was Ribinsoin would have likely trended to a 25-30 goal-per-game pace by season end. We consider that a lot of goals.

Sadly, no websites carry an embed code for the stats from the Liga Süpahappifunbäal so we had to put it in a chart for you.

After fortuitously catching the eye of EOTP panelists during last season's NHL lockout, largely after making headlines for his pivotal role in the successful ouster of Pope Benedict XVI, Ribinsoin immediately catapulted to the number one position in this year's Top 25 Under 25. The only dissenting vote came from Marc, who ranked Sprague 337th, largely as the result of a personal grudge, the genesis of which Marc would rather not discuss. 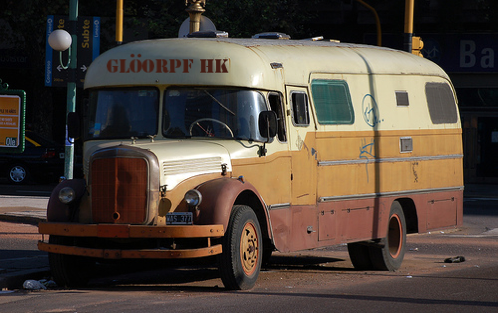 If hockey IQ were strictly a measure of someone's knack for scoring, Sprague Ribinsoin would be considered an outright genius. Unfortunately, goal-scoring is his sole positive attribute, as Sprague is sub-average in every other aspect of the game, not that anybody really gives a rat's ass, because he scores goals. Many, many goals.

Sprague grew up idolizing Sergei Kostitsyn - he was technically 11 years old when the feisty Belarusian winger was selected by the Habs in the 7th round of the 2005 Entry Draft - and has modelled his off-ice behaviour after the ex-NHLer. We don't know why this is being included in the Strengths section.

Sprague is a textbook puck-hog, largely borne of the fear he may one day be awarded an assist, which would ostensibly invite comparisons to his legendary father, Larry Ribinsoin, a man he deeply loathes. Sprague never ever passes the puck and, more often than not, is compelled to simply turn it over in the O-zone, rather than face the risk of an errant pass. When under considerable pressure in the other team's end, Ribinsoin is not shy to make one hell of an outlet pass to an opposing winger.

Sprague Ribinsoin is obviously nothing remotely approaching a playmaker, nor does he bring any physicality to the rink - other than when he lays out one of his own teammates in order to curry favour with the opposition - and sometimes relieves himself wantonly.

Compounding this dysfunctional, Sprague-first attitude is the simple reality that the guy is a pouting, whiny fuck, hugely unpopular in the dressing room and disliked by the coaching staff, management, fans, media, as well as his extended family. Fellow members of the Swiss beet farming community have even taken to referring to Sprague as "that fucking fuckfaced beet-fucker...who fucks beets".

The consensus view is that Sprague's development was likely hindered by the six years he walked away from pro hockey to earn his doctorate. He did, however, get fairly frequently laid by quantum physics groupies, which kind of made it all worth it and, in the end, the most important thing is Sprague scores. A whole lot. Why, Sprague scores more often than mayor Rob Ford allegedly does in some of the seamier corners of Toronto, which is a lot, man.

The dude has zero assists.

Ultimately, Sprague Ribinsoin is considered by scouts as the Subsequent One. Although no one actually understands what that means, it nevertheless does sound quite impressive when uttered sotto voce under poor lighting. The consensus view is that Sprague will likely shatter Wayne Gretzky's 50 goals in 39 games record, with most experts pinning the new benchmark being set within his first three to five games. When asked whether or not he thinks Ribinsoin can accomplish this challenging feat, Detroit Red Wings legend Daniel Alfreddson shrugged and said, "Probably."

The key with Sprague will be usage. Although any competent coaching staff would be sorely tempted to make him the team's starting goaltender, for reasons that are far too obvious to list here, Ribinsoin is more likely to succeed as a forward.

* Turns out that's not Sprague but, rather, one of his farmhands making a desperate break for it.

The Infamy of Sprague Ribinsoin