With Catching the Torch soon to resume, it seemed appropriate to once again, preview the lineup starting with the prospects playing in the QMJHL, OHL, WHL and USHL.

Share All sharing options for: Catching the Torch Preview: CHL and USHL

The United States Hockey League (USHL) is the top Junior A League in the United States and is typically a pipeline to the National College Athletics Association Hockey ranks as players committed to college hockey will often play there before joining a college team.

Let's start by taking a look at the CHL prospects within the Habs organization. 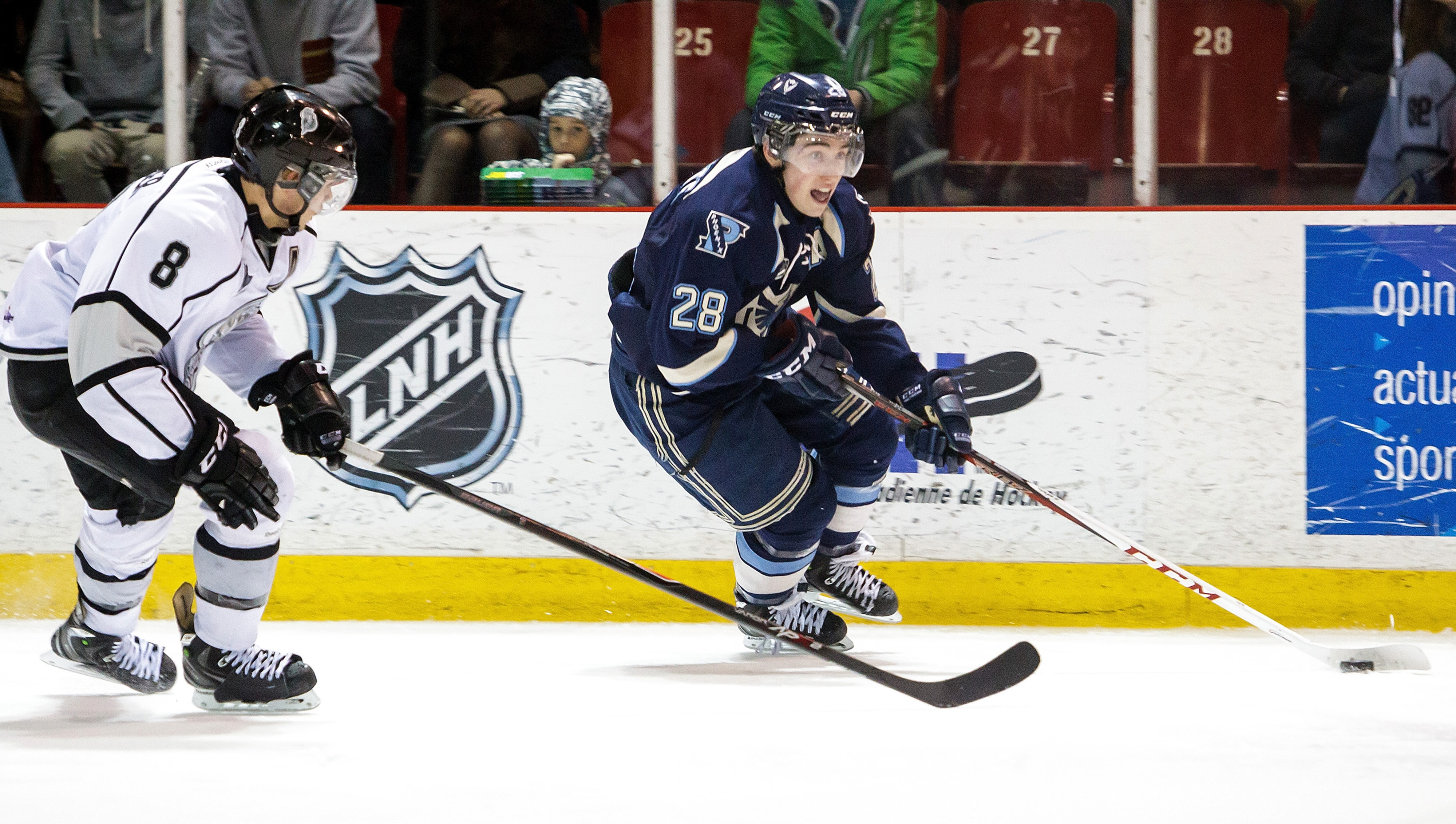 Daniel Audette: After posting a point-per-game scoring pace as a draft-eligible skater, a natural progression in his scoring levels would be the expected step for Audette, rising to perhaps a 90P or better season, granted this will depend somewhat on his team. The expansion Sherbrooke Phoenix have gone 37-81-7-11 over their two years in the league and will likely need to make significant improvements to truly compete in this league. Given their statistical record, I would advise readers not to be too concerned when researching Audette's +/- stat, as such a lopsided win/loss record tends to heavily distort that very ambigious stat.

Jeremy Gregoire: The newly-minted captain of the Baie-Comeau Drakkar will have more or less simple expectations this season, improve his production to around an 80+ point season to argue he'll have the puck skills to effectively transfer to the NHL as well as make his case for the Team Canada's World Junior Championship team, as he was part of the summer camp but he will no doubt have to impress with his in-season play to lock down a spot for the very competitive race that is making the team. Criticisms that his skating are a weakness have cooled, but it will probably be necessary for him to continue working on that element to improve his overall game.

Michael McCarron: With a lacklustre initial season in the OHL behind him, the onus on McCarron is simply to be a much better player for London this season. In order to reasonably project him to be an effective player in a pro role will demand a significant uptick in his scoring, arguably on the order of at least double what he managed last season while playing a dominant physical role for his team. Less than this will cast a rather troubling shadow on the future of the 2013 1st-round pick.

Brett Lernout: With a quiet offensive season for Swift Current last season, the favourable expectation for Lernout is to simply improve his offensive numbers while keeping his penalty minutes in check. He's charted as a physical defencemen, but such a role requires a good balance of judgement and timing in order to not drag his own team into unnecessary penalty kills. If he can grow his offence while playing a reliable physical role it will be a successful season for him, this being his 19-year old season however a serious growth in his offensive numbers may be necessary (40 points or better) to earn a pro contract and not have to play an overage season next year.

Nikita Scherbak: After a breakout rookie season in the WHL, the natural projection is for Scherbak to take his offensive game even farther and become a standout player in the league. Scherbak will be facing a different dynamic this season after his previous club, the Saskatoon Blades having dealt him to the Everett Silvertips. While the Blades were in the midst of rebuilding, the Everett Silvertips favour themselves much closer to a championship run and to that end have acquired Scherbak's services in order to boost their club. While arguably not a heavy contender, what Scherbak may be able to do with a more talented club after being a standalone star in Saskatoon will be very interesting to pay attention to, a 100-point season may be in his reach.

Zachary Fucale: With the departure of Jonathan Drouin, the Halifax Mooseheads will likely look to their marathon-man netminder Fucale to be a significant difference maker for them this season, which might arguably be a challenge to Fucale who had comfortably played behind a top-tier team for the past three seasons. General expectations are of course, an improvement in his save percentage this season and potentially locking down the starter's job with Team Canada for the World Junior Hockey Championships. With a disappointing playoffs capping off last season, Fucale is arguably under some scrutiny to prove he is more than a goalie who played for a great team. There is also speculation Fucale will be moved by the Mooseheads this season to begin a rebuilding program.

The Canadiens only have two players that will participate in the USHL season.

Nikolas Koberstein: Koberstein comes with very little information around him due to his completely flying under all the radars leading up to the 2014 NHL Draft. The simple expectation for his coming season in the USHL is to be a reliable defender and provide some offensive production. Going on defensive scoring in the USHL over the past two seasons, the top benchmark for defencemen in a 19-year old season is approximately at a half point per game, so that would be a good level for Koberstein to reach.

Hayden Hawkey: After being named to the All-Rookie, All-Star, dominating the league in both GAA, Save % and being named the USHL Goaltender of the Year, there is not too much left for Hayden Hawkey to build in on the league, save that of keeping to the same high level he displayed this past season in order to ensure he has a solid resume when competing to mind the net for Providence College when he graduates to the NCAA next year.