Previewing the Canadiens prospects in the National College Athletics Association and the European professional leagues.

Share All sharing options for: Catching The Torch Preview: NCAA and Europe

As the hockey season draws closer, it is once again coming time for the return of EOTP's weekly feature, Catching the Torch, where we provide weekly statistical updates on the organization's prospects. This being my 5th year of providing a statistical report, I felt a preview feature would be helpful to our new readers (and veterans) about who will be tracked this year and the prerequisites for a player to be tracked.

To begin, the format of the Torch is changing for the first time. To avoid overlap with our in-depth coverage of the Hamilton Bulldogs, I will leave their coverage to my very capable colleagues here at EOTP.

My focus will now move to more complete coverage of the remainder of the Canadiens prospect field in the Canadian Hockey League, United States Hockey League, National College Athletics Association and the European professional leagues.

A further format change this season will be the retirement of the "Three Stars" aspect of the report and a move to a "Player of the Week" format, while attaching video, links on reports on these prospects and attaching notes to each player's statistical report for that week's action.

First off, let's take a look at the Habs prospects that will be playing in the NCAA.

Josiah Didier: As he enters his senior year at the University of Denver, a rise in his scoring levels would be a welcome sign to suggest that he can handle the puck well enough to contribute in pro level hockey. While he has generally received good marks as a defensive defencemen, such limited scoring arguably does not bode well for him to gain a contract with the Canadiens after this season, a rise to at least a half-point per game season or better is likely needed here.

Jake Evans: After finishing around the top of the scoring lists for 17-year olds playing in the OJHL last season, the next step for Evans will be to lock down a lineup spot with Notre Dame, given that they have a large body of returning veterans this season he will need to arguably outplay players senior to him to earn above 4th-line status or avoid being scratched. A half-point per game or better season with the Fighting Irish would be a good level for him to achieve.

Mark MacMillan: With stagnant scoring levels since his rookie season in NCAA hockey, there is not much time left for Mark MacMillan to make a notable mark and earn a contract with the Montreal Canadiens as he enters his senior year. A rise to point-per-game play is likely needed for him to earn any attention from an organization that has enjoyed a notable boom in it's depth pool over the past three seasons.

As for the European prospects, the Habs have three players in the fold that will spend the season overseas. 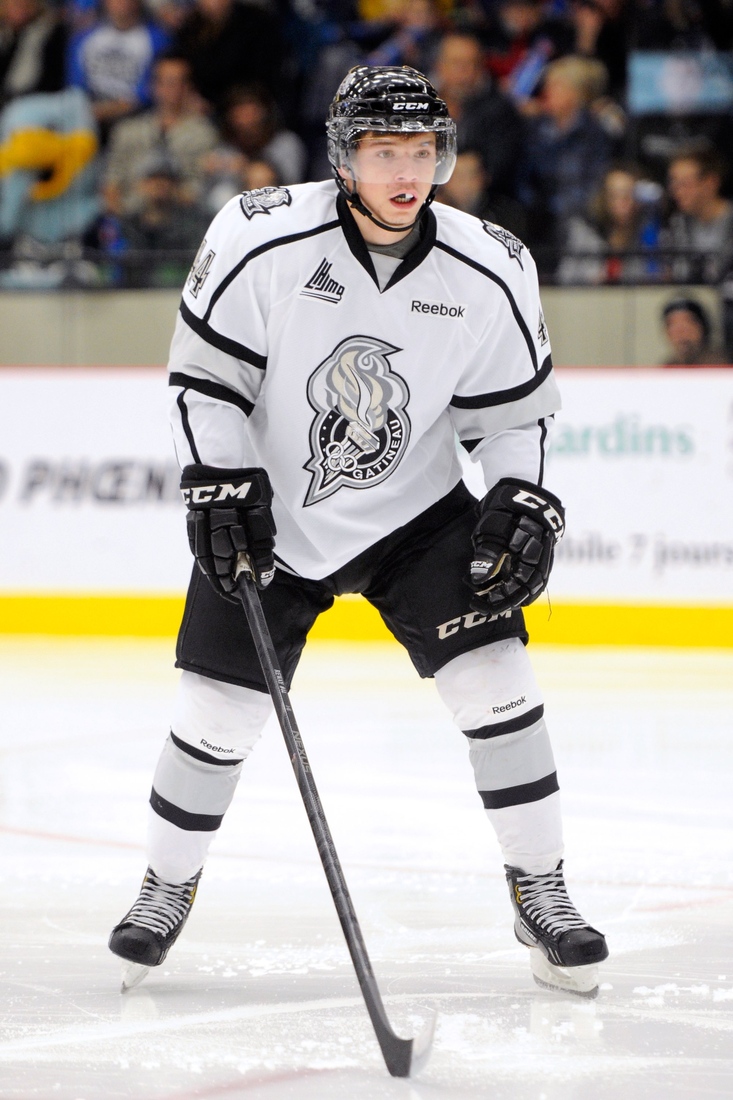 Artturi Lehkonen: After a limited, but successful season that saw him win a Gold Medal with Team Finland at the World Junior Hockey Championships and finishing as the scoring leader of KalPa despite missing nearly half the year, Lehkonen has sought a tougher challenge in the SHL. Reasonable expectations for Lehkonen would argue for a season of about 20+ points, potentially rising above a half point per game depending upon usage and the progression of his game.

Joonas Nattinen: Leaving Hamilton to try his hand in the SHL would arguably point to his believing he is no longer in the organization's thoughts, however a strong season with MODO could conceivably turn some heads back in Montreal if he excels. With his scoring history in the AHL having been unremarkable, with 45 points in 151 career games, he would need a considerable breakout, arguably in the 25+ point range this season to gain favourable attention from Montreal.

Martin Reway: After a strong season in the QMJHL and an excellent scoring performance at the World Junior Hockey Championships, Reway elected to try on a higher level of hockey in the professional ranks this season by joining Sparta Praha in the Czech Extraliga. His situation is a bit unusual as there is very little precedent in the last few seasons of an under-20 player in the league getting notable ice time or hitting a notable scoring mark, save Tomas Hertl's two seasons there prior to him joining the San Jose Sharks (30 points in 43 games as a 19-year old). While it would be a stretch to compare Reway to Hertl, if Reway can reach 25+ points it would be a very good endorsement of his talents.