Nikita Scherbak is the inaugural player of the week in this year's Catching the Torch.

Share All sharing options for: Catching the Torch: Scherbak Strikes

Player of the week: Nikita Scherbak

Initial honours this season for Player of the Week go to Nikita Scherbak, who stood out with a solid three goals and one assist in a pair of games this past week. Scherbak has certainly caught the attention of the fans of his new club, the Everett Silvertips since the Canadiens assigned him back to the WHL.

He would mark two goals and an assist in his first game with Everett, an unfortunate 5-4 overtime loss to the Kelowna Rockets. His second game would keep people's eyes on him as well, as he scored his third goal in two games, in a 3-2 loss to the Portland Winterhawks. While a goal-per-game pace is not something that can be sustained, it would appear Scherbak has had no issue integrating with his new WHL team, Everett.

Here's how the players playing in the aforementioned leagues performed last week:

Daniel Audette: He had a notable leap forward in his offensive production to round out this past week. After marking single assists in a 4-1 loss to the Quebec Remparts and then a 6-1 victory over Acadie-Bathurst Titan, Audette's final game of the week was something very different. In what would unfortunately become a 6-4 loss to Rimouski Oceanic, Audette would mark his first career QMJHL hat trick, scoring three power play goals. 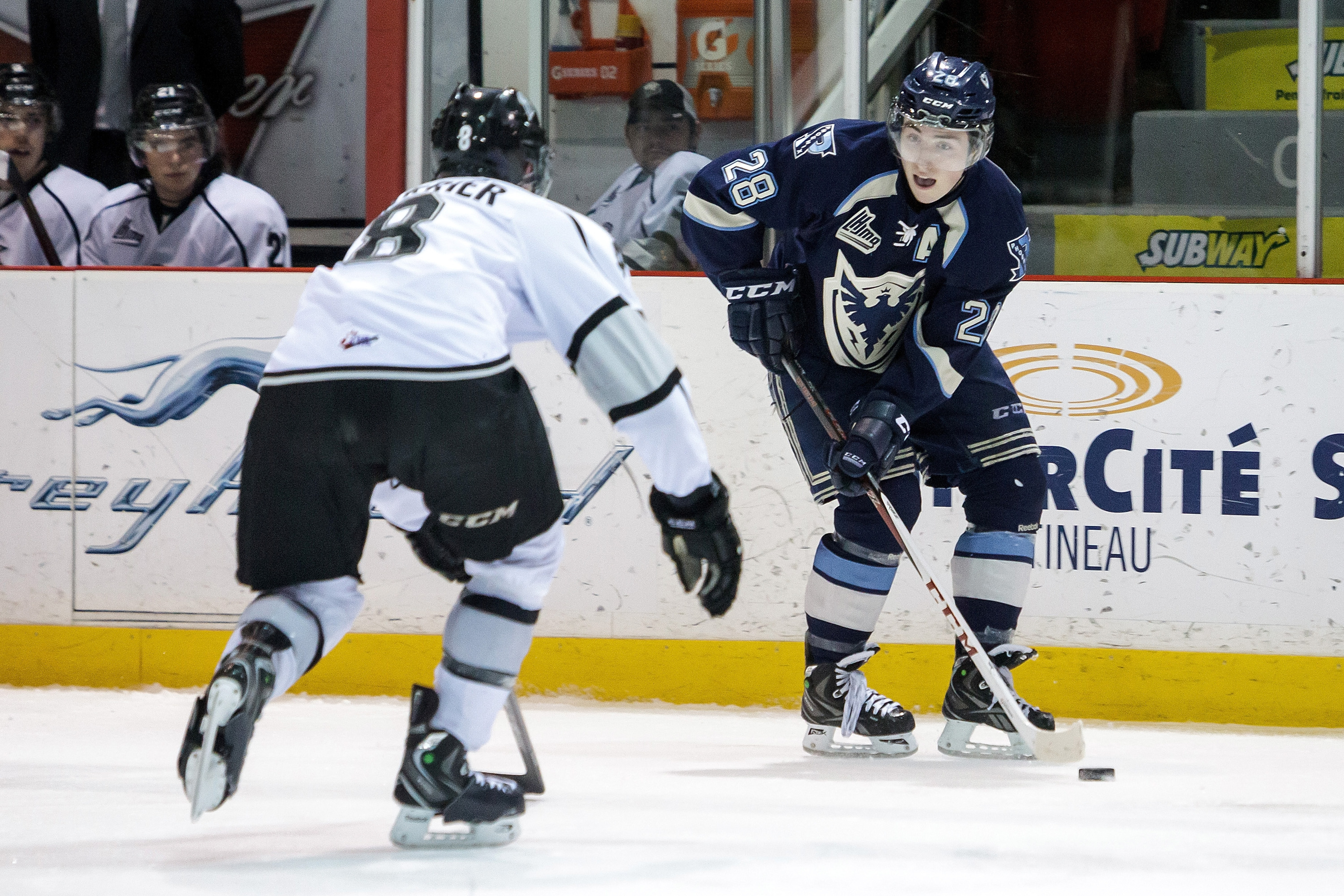 Jeremy Gregoire: After suffering a wrist injury in Canadiens' training camp, Grégoire is expected to miss between 2-4 weeks of the QMJHL season. This could put his chances of gaining a spot with Canada's World Junior team in jeopardy.

Michael McCarron: The big forward suffered a shoulder injury in preseason at the Montreal Canadiens training camp, he is expected to miss up to six weeks of the OHL season.

Brett Lernout: After a respectable outing in which he scored a goal and assist for Swift Current in a 5-3 loss to the Prince George Cougars in his first game of the week, Lernout's offensive stat line would be empty for the rest of the week with no points in his next three games as Swift Current would go 2-1-0. He currently leads all Swift Current defencemen in scoring with his 4 points in 8 games.

Nikolas Koberstein: Aside from a fighting major and misconduct in his first game of the USHL season, Koberstein has yet to make any noise on the stat sheet in his rookie USHL season. While Koberstein has been termed a long-term project by even the most generous projections, he will need to produce to show he has the puck skills to graduate to higher levels of hockey.

NCAA prospects: The NCAA regular season has not yet begun.

Zachary Fucale: With the Moosheads still without the services of Nikolaj Ehlers to push offensive play, Zach Fucale is currently a man under fire in the Halifax net as they have averaged giving up 36.5 shots against per game since his return from the Montreal Canadiens training campFucale seems to have had trouble adjusting to the workload versus the average of 24.7 against versus last year, but he did post a .919 save % in his second start of this past week, a 4-3 shootout loss to the Val d'Or Foreurs where he would turn away 33 of 36 shots. Fucale is 16th overall in save percentage in the QMJHL right now.

Hayden Hawkey: Hayden Hawkey is off to a rough start so far with the Omaha Lancers after being the league's best goaltender last year, he currently has a disturbing sub-.800 Save percentage over three games, including getting the hook after giving up 3 goals on all shots in his second game of this past week. He will need to improve quickly or he may find himself benched.

Artturi Lehkonen: Likely the most talented Canadiens' prospect not playing in a North American professional league, Artturi Lehkonen has had a very strong start to the SHL season thus far. With four points in six games going into this past week, Lehkonen would collect an assist in a 3-2 shootout win for Frölunda HC over Luleå HF but would go without a point in a 3-2 shootout loss to the Skellefteå AIK. Lehkonen is currently fourth among skaters under 20 years old in the SHL and third on Frölunda, while playing the sixth-most minutes among forwards.

Joonas Nattinen: With a need to stand out in order to get back on the radar of the Canadiens, the 23-year old Nättinen is not exactly lighting up the score sheet so far with MODO while averaging just under 15 minutes per game. He is currently 13th in scoring on MODO.

Martin Reway: While he has yet to mark his first goal in the Extraliga, Martin Reway seems content for the moment to establish himself as his team's premiere set-up man. Reway would only appeared in one game for Sparta Praha this past week where he would mark an assist in a 4-2 victory over Bili Tygri Liberec. Reway's seven assists have him tied for the team lead in points in Sparta Praha and two assists short of the league leader in that category. He leads all other players under 20 in the league by three points.