Your weekly report on the Canadiens Junior and European Prospects

Share All sharing options for: Catching The Torch: Lehkonen Leads

Player of the Week: Artturi Lehkonen

Lehkonen enjoyed notable success as he played in two different leagues this past week. He would post an assist in a 7-1 win for Frölunda HC versus Villacher SV in the Champions Hockey League. This win was also the deciding game for Frölunda to win Group C and advance to the Champions League Playoffs.

After going without a point in his first SHL game of the week, a 2-1 loss to Vaxjo Lakers HC. In his second game, he would score two goals versus Linköpings HC in a 4-1 victory for Frölunda. Lehkonen's 4 goals and 3 assists have him tied for the points lead in U20 scorers in the SHL while holding 2nd place on his team in points and leading it in goals. Lehkonen is also tied for 3rd in overall scoring for Under-20 skaters in the Champions League and is tied for 6th overall on his team.

Daniel Audette: Audette would begin this week posting an assist in a 4-3 win for Sherbrooke Phoenix over the Cape Breton Screaming Eagles. He would next mark his team's lone goal in a 5-1 loss to the Blainville-Boisbriand Armada. Audette is currently on a 6 game points streak, having scored five goals and four assists in the span and is currently 3rd on Phoenix in team scoring. 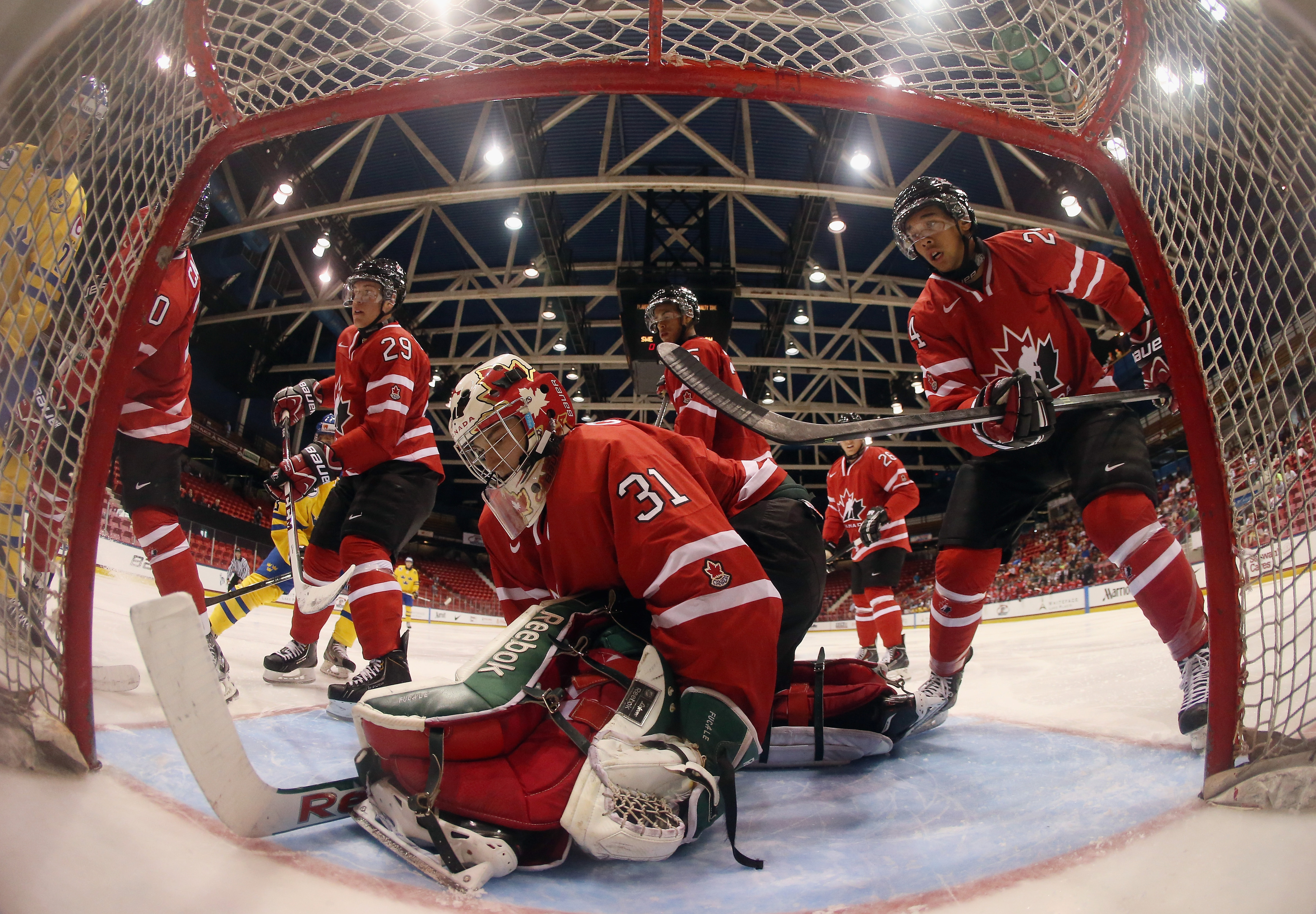 Jeremy Gregoire: Is rehabbing from a hand injury but may return by the end of October.

Michael McCarron: Is rehabbing a shoulder injury but is projected to return in early November.

Brett Lernout: Lernout continues to have issues finding the scoresheet of late. He would go without a point in a 4-0 shutout loss to the Kelowna Rockets and then fail to pick up a point in both a 5-0 victory over the Kootenay Ice and a 2-0 win versus the Tri-City Americans. He has now gone 6 games without a point after posting 2 goals, 2 assists in his first 5 games.

Nikolas Koberstein: He continues to search for his first USHL point, he went scorless in in a 4-1 loss to the Sioux City Musketeers, and then a 6-4 loss to the Waterloo Blackhawks. He has 19 PIM but no points 5 games into his USHL career.

Nikita Scherbak: Scherbak continues to be a hot hand for the Everett Silvertips since the Canadiens assigned him to the WHL. He marked his 4th goal in 3 games, along with an assist in a 6-2 win over the Portland Winterhawks in his first game of the week. He would put up another 2-point effort the following night, collecting a pair of assists in a 5-1 victory over the Kamloops Blazers. Scherbak is currently producing at a rate of 2 points per game over his first four games with Everett, which places him 3rd on Everett in scoring with both players ahead of him having played 3 more games. See Scherbak's goal and assist against Portland.

Josiah Didier: Due to a delayed start for the University of Denver, Didier will not play a game until next week.

Jake Evans: Evans is pointless two games into his NCAA career, going scoreless in a 3-2 loss to Renssalear Polytechnic Institute and a 3-0 shutout loss to University of Minnesota Duluth this past week.

Mark MacMillan: The North Dakota senior is not off to a notable start, with no points in his first two games of the season as North Dakota split a home and away series with Bemidji State University, losing 5-1 and then taking a 2-1 victory on the road.

Zachary Fucale: After a rocky start over his first four games of the season, Fucale posted his first strong statistical win of the season with a .923 save % stopping 24 of 26 shots versus the Charlottetown Islanders. He would do his best to keep the score close for Halifax in his next start, an eventual 2-0 shutout loss to the Acadie-Bathurst Titan, stopping 30 of 32 shots for a .938 save %.

Hayden Hawkey: After giving 4 goals on 36 shots with an .889 save % as the Omaha Lancers were shut out by the Des Moines Buccaneers, Hawkey would rally for his first win of the USHL season, stopping 24 of 25 shots as Omaha took a 2-1 victory over the Ceder Rapids RoughRiders.

Here's how the prospects playing in Europe performed last week:

Joonas Nättinen: After going without a point in a 5-0 shutout loss to the Växjö Lakers HC, he would mark an assist on his team's only goal in a 4-1 loss to Luleå HF. Finding the scoresheet continues to be a challenge for Nättinen, with only 3 assists in 10 games this season.

Martin Reway: Reway continues to be a top player for his club in the Champions Hockey League, he would mark two assists in a 6-3 win over Adler Mannheim. This win gave his team Sparta Prague the tiebeaker to win their group and advance to the Champions League Playoffs. Due to an indisclosed illness or injury, Reway did not play either of Sparta Prague's scheduled games in the Extralig this past week. Reway is currently 2nd on his team in points in Champions League play, with two goals and five assists over six games and is 2nd overall in scoring among players under 20.  He is 4th in scoring on his team in Extraliga play and is the assists leader with 8 assists over 8 games.