We're at the halfway point of the 2014 NHL playoffs, so who is the Habs' most valuable player to this point?

There are really only two players who could be considered as MVPs for the Habs through the first two rounds of the playoffs, so let's break them down. 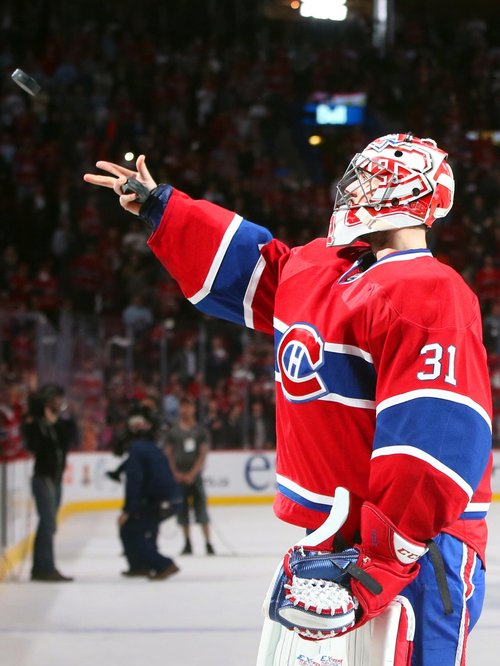 Price was good but not great in round one against the Tampa Bay Lightning, but he didn't need to be the difference maker in that series. Against the Boston Bruins, Price was as close to perfection as anyone could be, beaten only on deflections, screens, and a single backdoor one-timer. Posting a stellar .932 save percentage in the series, that really doesn't do Price's performance justice, as he was especially fantastic while games were on the line, posting a .968 save percentage while the game was close at even strength.

Like Price, Subban didn't have the greatest start to the playoffs, held pointless in game one against Tampa in spite of solid play, Subban immediately launched himself into god mode and went on a tear that no skater in the playoffs has equalled. Aside from being spectacular defensively, Subban racked up 12 points in his last 10 games, including four goals and three assists against the Boston Bruins, including a double overtime winner in game one.

In the first game against Boston back in Montreal, P.K. essentially iced the game by taking a breakaway pass from Lars Eller after serving a bogus penalty call, and getting Rask to bite on a quick deke, then scoring one of the most beautiful goals of his career. He lifted the Bell Centre up on his back, and for the first time, started getting praise from his coach as not only a great player, but as a leader. Leadership is tough to quantify, but it was obvious the entire series that Subban was leading his team to victory, both on the ice and off it. His quote before game seven may live in infamy like Mark Messier's call for the Rangers in 1994.

Who gets your vote?