"Hockey is fun"
As I watched the 2019 NHL Entry Draft, I couldn't help but feel sorry for Cole Caufield. He was projected to go in the top five picks. As 14 teams picked other players in front of him, the camera immediately panned in on the Canadiens little Hobbit; you could see, and feel, the rejection he was dealing with. One announcer noted that it was said of Caulfield, "he was the best pure goal scorer" on the American Junior team. Yet, Caulfield was selected as the 7th American in the draft. It actually looked like he was starting to get a little pissed, for lack of a better term.
That 2019 draft was loaded with talent - Hughes, Knight, Kakko, Byram, Zegras, Cozens , Dach to name a few. Certainly 27 teams in the NHL are beginning to scratch their collective heads over passing up a guy named Ryan Suzuki at #28!
But as the song goes, "Small things momma, are big things when they come!"
One of the bloggers Fischer_001, on the Eye For The Prize blog broke down Caulfields spectacular goal in Game Six vs. Vegas. I don't notice the nuances of hockey, it moves way too fast for me. Also, depending on the game, I may have had one or two more Stella's than I should have. But the blogger noted how Caufield sold the idea to Lehner that he was going to go across the net. Fischer_001 posted a picture of Cole digging in with his left skate at the last moment, roofing a snipe that Kevin Weeks called "bar down." I love when Weeks gets excited about a play; he noted #22 is "Living large and In Charge." If you haven't heard Weeks post game description of that tally, find it!
I posed the question on the secondcityhockey blog site of, "In hind sight, should the Hawks have picked Caulfield over Kirby Dach in 2019?" Certainly, while a bit sacrilegious, the Toews/Kane comparison comes to mind. I believe it was in 2013 my boss asked me "who would you pick first, Towes or Kane?" Almost every Hawk fan I posed that question to, unhesitantly, said Toews. Face offs, defense, scoring, a desire to win that is off the charts. Yet, I've always compared Kane to one of those Black Ops type of players. You have to have them to win battles. These are the guys who get the job done behind enemy lines. Scorer's gonna score.
Perhaps the biggest play of the game was with about 5 seconds to go. As the saying goes, "If you cannot do great things, do small things in a great way." As I watched the Montreal/Vegas series it dawned on me that two of the prominent defensemen on those teams were Pietragelo and Edmunson. Losing these two blueliners, perhaps, has something to do with the Blues slide the last two years. But Janmarks little pass in front of the crease was definitely going to be a goal until Edmunson deflected it above the other Vegas forwards stick. Definitely one of those, "Oh shit" moments in hockey.
Of course Huge Play Number Three, was Danault's slick pass to Lehkonen for the dagger in the Knights back. Boy, did the Hawks ever get fleeced when they traded Danault for Weiss and Fleischman. As Sam Fels from Faxes From Uncle Dale noted though, "You just always knew Danault was going to be playing for Montreal at some point." (LOL, can I bring up the 1980 entry draft when the Habs picked Wickenheiser over another diminutive player named Savard!) How Phillip could not only see, but thread that pass perfectly between a Martinez's legs, while moving at the speed of lightning...well...that's just pure Emily Dickinson poetry. To summarize, "Danault got flow." Indeed,
"Hope is the thing with feathers
That perches in the soul
And sings the tune without words
And never stops - at all."
When I heard Josh Anderson was on the Canadiens earlier this year, I could not believe the Jackets let him go. Two years ago I was at the United Center and watched the Jackets beat the Hawks in a must win game for our men of four feathers. I had never heard of Anderson before that game, but he dominated the play when he was on the ice. Fast, big and physical, he made me think the Jackets just could be onto the next Marion Hossa. (again, sacrilege, but that's the way my mind works) I expect big things from him against the Bolts. 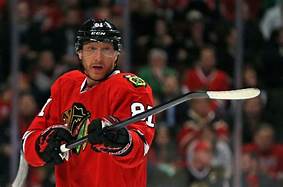 "I am Marion Hossa and you are not."
While it's sort of an unwritten code that I cannot root for a team that Corey Perry plays on...well...as the saying goes, "Never say never." He's actually fit like a glove for the Habs and is the annoying type player that tends to get the opposition off kilter. He's a rabble rouser who foments unrest. Sandpaper extraordinaire. But I still think he;s a nozzle!
I'm still trying to figure out who this Suzuki guy is, or even more puzzling, why Vegas traded him! 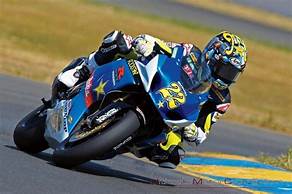 Finally, besides the Bolts, how can any NHL fandom not root for Carey Price to finally hoist that chalice. Makes me wonder if Weber would defer to Price to have first go at the hefting, should Cinderella find her long lost slipper. Price's post game interview was calm and collected; it seemed he was already focused on the next job in hand. One of the first things he said was, "It takes luck and hard work," to get to the Finals. Luck, perhaps more than any other sport, according to my friend Carlos Hoyos, plays a huge part in the outcome of hockey games. There is more than verisimilitude to that observation! (For St Louis Blues fans, verisimilitude = the appearance of truth) In essence, where does the puck go when a defenseman takes a clap bomb into the herd of Caribou jostling for position in front of the net. 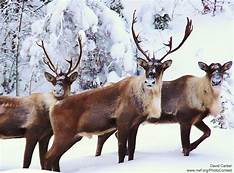 "Not in our Kitchen"
The bottom line though, is a great goaltender plays a yeoman's share of a team's success. Carey Price is a netminder extraordinaire. As the group America sang Carey, "Don't give up until you drink from the silver cup!"
Truth be known, I almost enjoyed the post game interviews of the Knights, more than the Canadiens. Losing always reveals more of one's soul. Listening to all the downtrodden Knight players, it is as plain as the nose on your face - these guys play this game for more than a check.
A reporter asked Robin Lehner if this would be considered a disappointing season. The reporter noted that Vegas really made some key acquisitions in going all out to win the Cup. (As you may know, Lehner played for the Hawks for about half a season. Loved the guy - his tweets are legendary. I was really disappointed when the Hawks traded him, but it was obvious you can't have two $6 million dollar goalies on your roster.) Lehner looked up and said, "Every team in the NHL wants to win the Cup." In a roundabout way, he was just saying how dag nab hard it is to win the Cup.
Max Pacioretty was a class act in the hand shake line. You could sense he was not only happy for the Candiens, he sort of wished he was with them. Would love to have known what he and Price talked about. I loved this tidbit from Wikipedia on Pacioretty:
"Pacioretty's mother is of Mexican origin. Having grown up in Mexico, she was not familiar with ice skating but given Pacioretty's very high energy level as a child, took him to the rink to expend energy."
LOL, my dad would just tell us to "go get lost in the field for awhile!"
Alex Martinez, who was the victim of Danault's slippery pass to Lehkonen, was asked how he would describe his emotions after the defeat. I became a huge fan of his when he replied, "Grateful." It reminded me of the apostle Paul and his joyful attitude recorded in Phillipians 4:4 "Rejoice in the Lord always. I will say it again, Rejoice!" After a shipwreck, being almost stoned to death, enduring the 39 lashes, plus one, on three different occasions and being imprisoned, Paul must have felt like a hockey player after the playoffs. Saying you're grateful after the tough loss in OT is not an easy thing to do.
In closing, while winning is important, it is not everything. To me, it's always about being able to watch the next game and then the game after that and the game after that. I can't tell you how glad I am that the Finals will not be Vegas, and the three ring circus their rink is, and the Bolts. And you can't tell me you can't find 21,302 vaccinated fans in Montreal. Fill the damn barn up! And if anyone has an extra ticket for any of the games...well I've always wanted to visit Montreal.
Go Bleu, blanc et rouge! The Flying Frenchmen are back.
wardrums
Other Important Stuff:
Growing up in the original Six days, I'd have to say either the Leaves or the Canadiens sweaters are best next to the Indian Head.
I'm almost over John Ferguson beating up Eric Nesterenko - ask your grandparents.
If one of you does come up with an extra ticket, I will need a translator. I had one year of French in HS and got a generous C-. I blame it on a girl named Janet Hoshor who told me to dial in #18 in the language lab, instead of listening to my French lesson. # 18 played The Best Of Cream. On to Spanish One the next year.
Despite letting Henri Richard slip by him for the winning goal in the 1971 Cup Final, Keith Magnuson is probably my all time favorite Hawk. I had to fight back tears when his number was hoisted to the rafters. When the Hawks won the Cup in 2010, my brother went down to the parade with about 2 million other fans. He texted me and the text said it all; "Rich, I saw a Maggie jersey today."
Brendan Gallagher reminds me of Magnuson. He will do whatever it takes to win. You can't win the Cup without players like him in the lineup.
Maybe Toronto and Winnipeg are not that bad. Maybe the Candiens are that good.
Is Goal Caufield really 20? He looks like he is 16.
In appreciation for Danaults slippery pass to Lehkonen: