Mete is likely the most maligned and underappreciated player by the Habs fanbase.

Once so promising he's now seen to be essentially worthless at the ripe old age of 22.

I believe, once again, that most people have no clue what constitutes a good hockey player in 2021.

Mete was a great partner for Shea Weber over two seasons between 2017 and 2019. Together, they controlled 55.64% of the goals and 55.29% of the expected goals at 5v5. In other words, fantastic results and underlying numbers.

It bears reminding that Mete was an otherwise undersized 19-20 year old playing against top competition. There is no way around it: Mete is a very good (and clever) player. 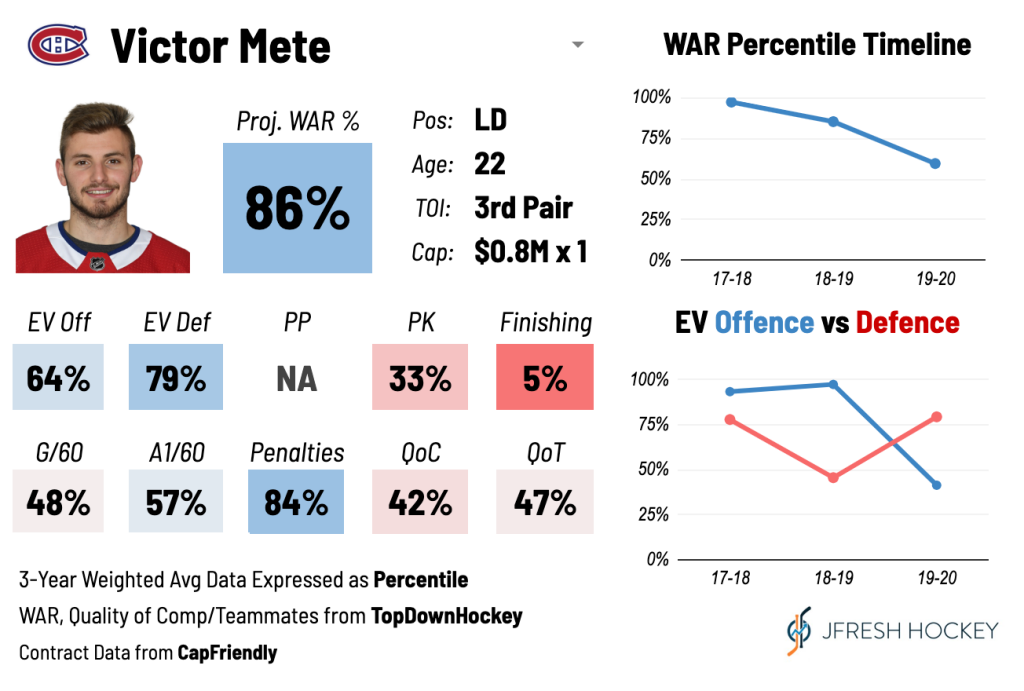 Now it is very likely that his offensive game has suffered from being rushed to the NHL while having to play at a very high level defensively under Claude Julien. To give you an idea of Mete's potential, he was playing at an elite 1st pairing level as a 19 year old in the NHL. (his on-ice WAR ''Wins Above Replacement'' impact was better than 97% of NHL defencemen in 2017-2018)

With Dominique Ducharme taking over and seemingly switching the Habs from a system of point shots and limited offensive creativity, I believe it is crucial for the Habs to bring Mete back in as a permanent member of their top 4.

In a recent article (Feb. 11) published on EP Rinkside, the amazing Jfresh did a deep dive on Mete's game and his situation in Montreal.

His perspective is that the Habs are wasting Victor Mete. His case is very well argued and backed by a mountain of empirical evidence.

In a nutshell, Mete is elite in transition, can create opportunites from everywhere in the offensive zone, and is great at preventing dangerous shots from the slot.

The only reason he's not seen as such is because of his stature and the relative lack of production. Nevermind that he was on pace for 7 goals and 20 points in limited minutes with no power play time as a 21 year old D-man in the NHL.

Jfresh is not alone in his evaluation of Mete. HBF Analytics published an article in August 2020 suggesting that Victor Mete could be an offensive star in the making.

Jack Han is another great hockey mind who pointed out that Mete's early career looks a lot like Jeff Petry's.

Based on the outing against the Jets, Dom Ducharme is in the process of radically changing the way the Habs play at many levels.

In particular, they seem moving away from the linear approach of generating offense largely from long-range point shots. Instead, defencemen will need to actively make plays at the blue line.

A top 4 including Ben Chiarot, Shea Weber and Joel Edmundson won't cut it in that regard.

There is no way for the Habs to compete with the best teams in the league without some type of dynamic element involving mobility and creativity at the blue line.

Alexander Romanov, Brett Kulak and Victor Mete all have different but similar assets which will be crucial for the Habs moving forward.

I believe the following D pairings to be the best internal solution for the Habs:

Mete-Weber (did extremely well in the past and complement one another, see below) 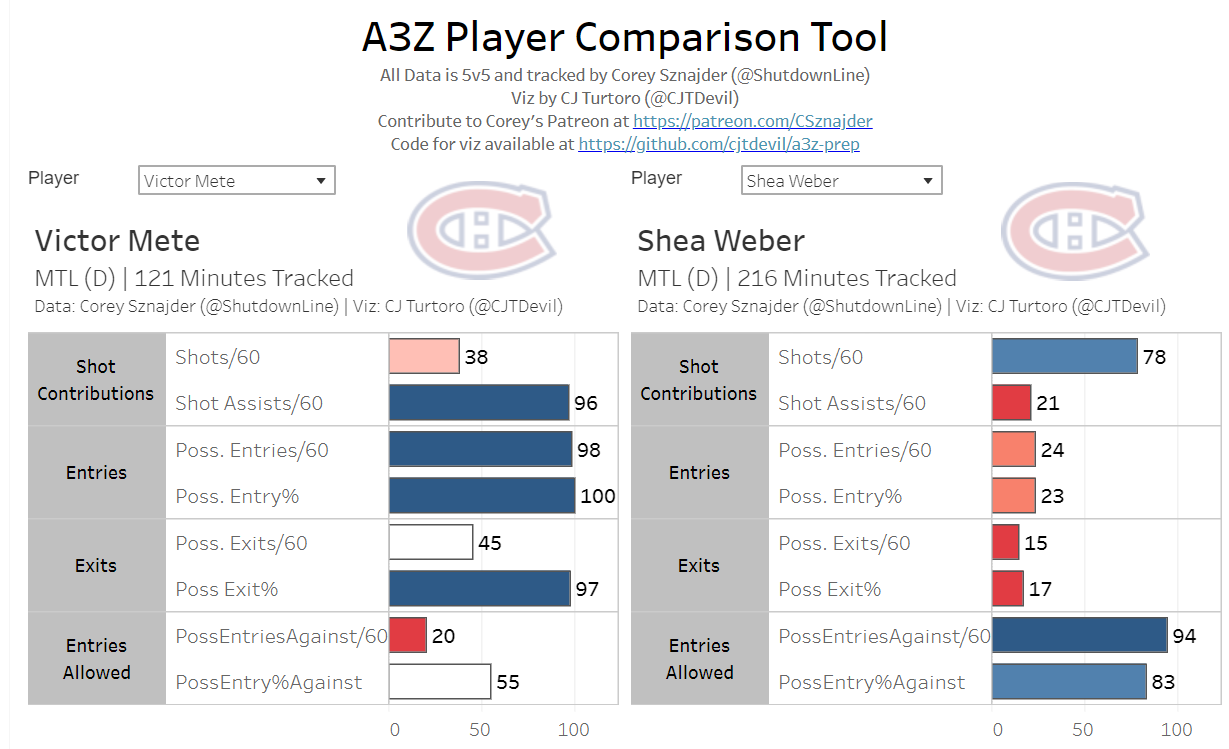 Mete & Weber: A match made in heaven?

Victor Mete has definite shortcomings, which mostly stem from his physical play in his own zone. He doesn't have a booming shot. He also struggles defending against zone entries.

But he has plenty of other great qualities, which I believe largely compensate for his limitations as player.

The Habs are in a crisis, and I believe Victor Mete is part of the solution. His game fits perfectly with the direction the team is taking, and I hope we see him back in the top 4 sooner rather than later.