Let's face it, all Andrei Markov wants is to be paid the same amount he has been paid since 2008, for two more years.

And that should be OK because he is good and because that $5.75 million salary, as a share of the salary cap, has fairly steadily decreased since 2008.

If you assume the upward trend for the salary cap continues, for the 2018-19 season it would be about $79 million. 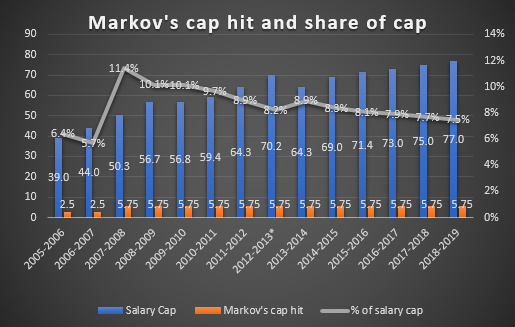 Here are Markov's career stats to help you analyze things. In terms of points, Markov has not shown much decline, making the gradual reduction in his share of the cap even better value. 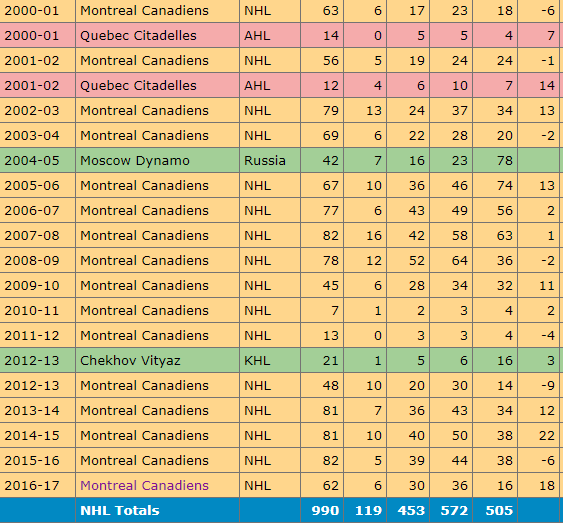 Markov is a legend. Let's see him play his 1000th game in a Montreal Canadiens uniform. There are only two active defencemen among the top 50 in the all-time points leaders (for defensemen). The other one is Chara but no one likes him. Also, Robinson has a plus minus of 730. 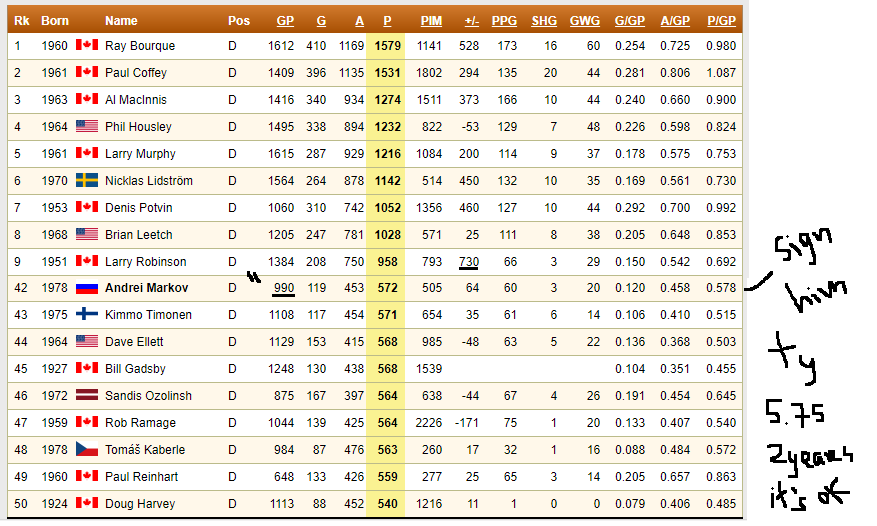 And finally, an excel table. It shows what his cap hit would look like if the salary cap would have been at $75 million since the 2005-06 season and if it would have stayed at $39 million (based on his real share of the salary cap). No matter how you slice it, signing Andrei Markov for two more years will not be the end of the world. 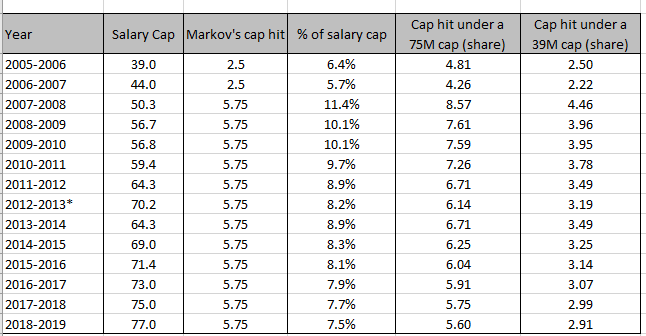