Is this the era of Michel Therrien?

This era of Montreal Canadiens hockey may be defined by the man behind the bench.

Share All sharing options for: Is this the era of Michel Therrien?

Over their storied history, the Montreal Canadiens have moved through various eras of both glory and insignificance. Certain eras were marked by individuals whose names we never forget.

What about this era of Canadiens hockey?

Looking at past eras

The 1940s saw the rise of a hockey myth, with Maurice Richard sweeping a city, province, and nation of Habs fans off their feet. The torch was then passed to Jean Béliveau, who carried it valiantly during his eighteen-year career with Les Glorieux, "Le Gros Bill" guiding the team to ten Stanley Cup victories.

The next generation saw the likes of Guy Lafleur, Ken Dryden, and Larry Robinson carry on the dynastic tradition established by their predecessors, adding six Cups between 1971 and 1979 to the ten championships won by their forefathers between 1953 and 1969. 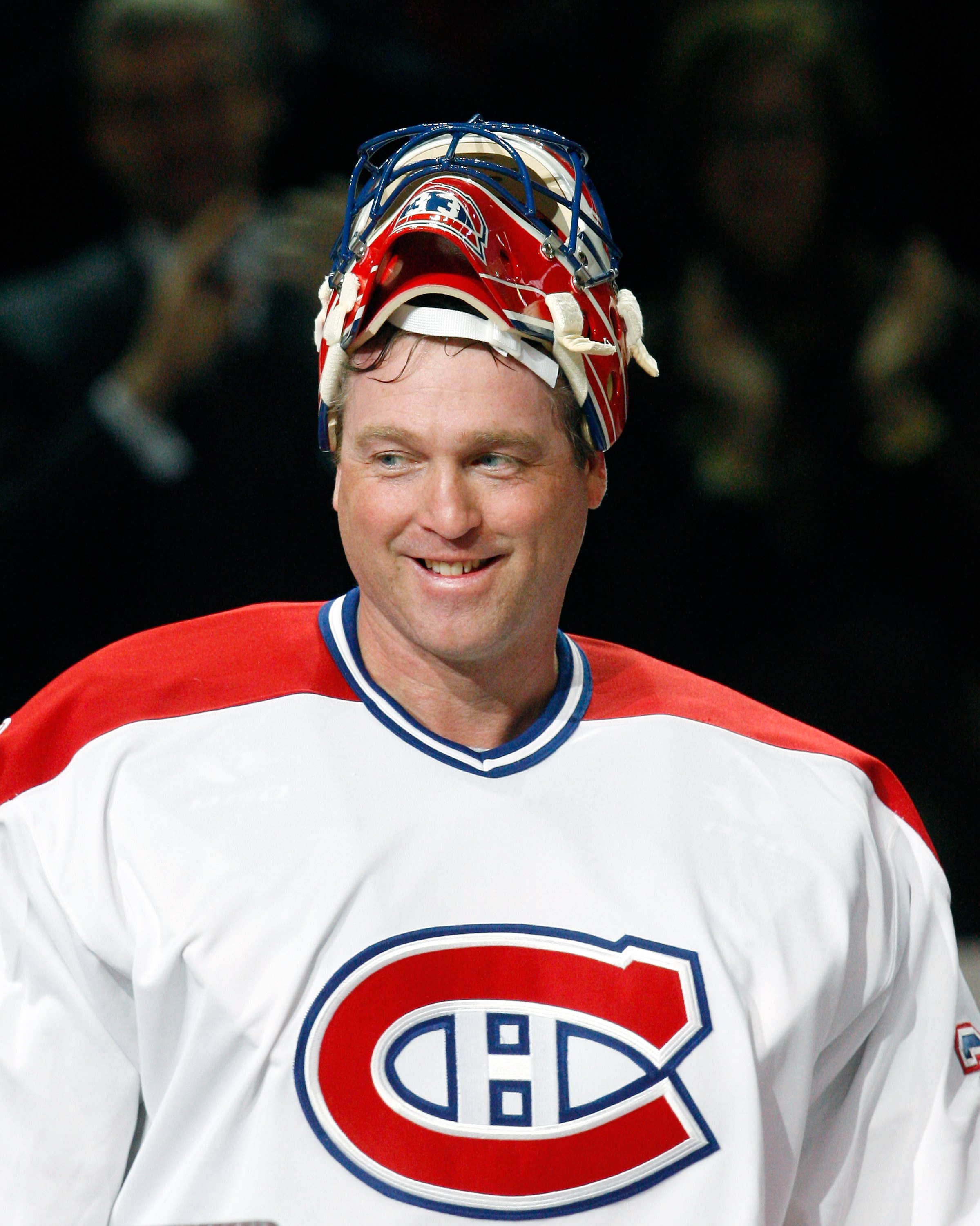 Outside of this thirty years of greatness, a number of players defined the eras in which they played: Newsy Lalonde, Aurèle Joliat, and Howie Morenz, to name a few. As a child of the nineties, my childhood was defined by Patrick Roy, who I had been told legendarily led the Canadiens as a rookie to a surprise Cup a month before I was born in 1986, and did so again seven years later.

Eras have not been defined solely by those on the ice. Those three decades of near perfection had Dick Irvin, Toe Blake, or Scotty Bowman behind the bench, winning 16 Stanley Cups collectively and 1,350 regular season games.

The years that followed the Roy trade were both dark and confusing, as the Canadiens toiled in mediocrity before entering a renaissance in 2009 when Bob Gainey brought Scott Gomez, Mike Cammelari and Brian Gionta to Montreal. While the most that retooling brought was a brief appearance in the Eastern Conference final in 2010, this marked a new era for the Habs, as the future appeared bright with a phenom goaltending talent on the rise, and a decent crop of prospects and core players in the stable.

A changing of the guard in 2012 infused the storied franchise with new managerial blood after a tumultuous season,. Marc Bergevin had been given the reins, and hired Michel Therrien to take on the head-coaching duties. At the time, the Canadiens roster was a mix of veterans and youth on the rise, with Gionta wielding the 'C', and a trio of young core talents — a still-maturing Carey Price in the crease, a budding Max Pacioretty becoming a dependable goal-scorer, and a youthful and exciting blue-liner named P.K. Subban — just starting their careers as the cornerstones of the modern iteration of the Habs.

It seemed as though that promising trio could be the seed for something special. Add the stalwart presences of Andrei Markov and Tomas Plekanec to the mix, and the emergence of Brendan Gallagher and Alex Galchenyuk, and it seemed the Canadiens were poised for greatness for the first time in the NHL’s post-lockout existence. In 2014-15, the Habs re-appeared in the Eastern Conference Final, but we all know what happened there. One year later, the Canadiens fell short again, losing out to the Tampa Bay Lightning, who seemed to expose a few holes in the Habs’ style of play.

At the end of the 2014-15 season, Bergevin had described his team as one in transition, but seemed certain his core was close to bringing the Canadiens over the top. Then, 2015-16 happened. The Habs only lost seven games in the first two months of the season, causing many to believe this would be the year we saw the new group of players recapture the magic of the 50s, 60s and 70s. But Price went down with a knee injury at the end of November, and was forced to watch his team stumble through the rest of the season, being outscored 193-138 and winning only 20 of the remaining 60 games.

Before the season was even at the halfway point, fans had decided who was to blame for the sudden downfall, pinning all responsibility on Michel Therrien and his system. It was too low-risk. It held certain players back, namely Subban, who seemed to never garner praise from the man who vowed to make him into a "better person." It was simply time for the coach who preached "no excuses" to pay the piper for his team’s poor performance.

But it wouldn’t be so. At his season-ending press conference, Bergevin informed the media, with team owner Geoff Molson on one side and Therrien on his other, that there would be no coaching change. Bergevin did recognize a need to make his team better, but it wouldn’t be by making a coaching replacement.

Many Habs fans groaned. A couple of months later, their groans turned to an angered outcry when Bergevin dealt Subban to the Nashville Predators.

But what about Marc Bergevin?

Without a doubt, the trading of Subban will be the fork in the road of Bergevin’s career with Montreal. He will either live or die by having made this move. Why was it made? It seems a few weeks after the trade, most signs point to the feeling that the player taken in return was a better fit with the team culture, needs, and system.

So why am I asking if this is the era of Michel Therrien? Wouldn’t this era of Habs hockey be better described as the era of Marc Bergevin? How is it that Therrien is the more influential individual at this moment in Canadiens’ history?

While Bergevin has been the man shaping the composition of his team and organization, Therrien’s impact on player development and style is undeniable. Doling out ice-time as a Pavlovian reward for following the system, bringing in an attitude of "no excuses" and holding his players to a standard of accountability that was often inconsistent, refusing to make adjustments to the plan, while always having the full confidence and backing of his boss add up to an epoch where the coach stands on a higher organizational rung than any single player.

Using the Subban trade as a definite statement of this team’s philosophy and style, an individual player was dealt to bring in someone who fit in better with the team’s vision of a winning group. We can only speculate what the outcome would have been had Therrien been fired last season. Would Subban still be a member of the Canadiens? We don’t know. What we do know is the Habs claim they are a better team now, and I agree. But the reasons I agree do not necessarily point to the player they got in return, but to the coach’s understanding of that player, and that player’s ability to succeed in this culture and system.

If there has been one constant on this team since 2012 it’s been behind the bench. Poor power-play output has been pinned on a lack of execution on the ice. Therrien blamed a lack of execution after their Game Six loss the to Lightning that ousted them from the 2014-15 playoffs. "No Excuses" has applied at every level of this organization, with Bergevin stating he has no one to blame but himself when things were bad, and with the players also getting the proverbial finger of castigation. All have been saddled with responsibility for the mediocrity of the team over except for one man. 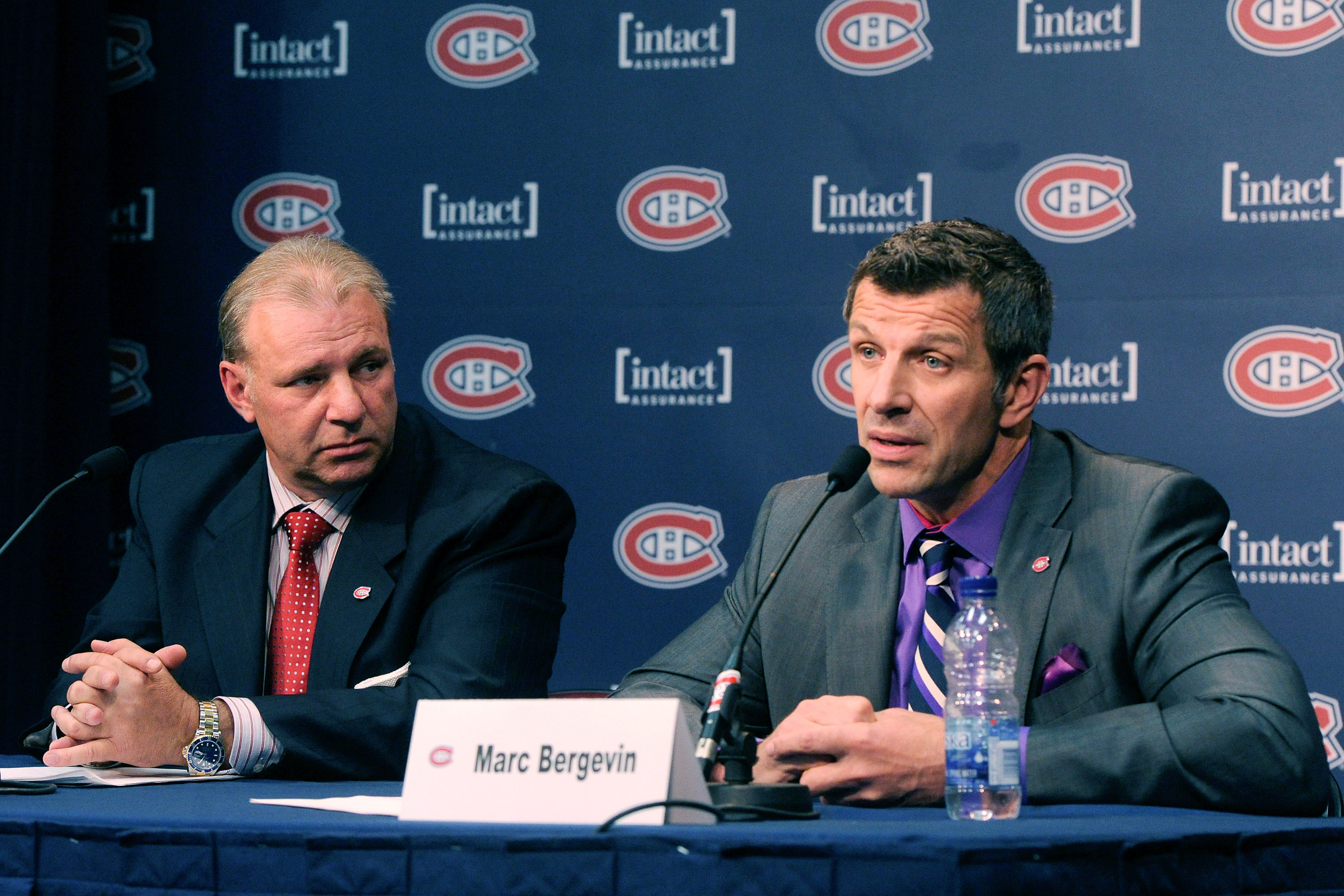 Just as how I think of the Canadiens of the early 1990s as Patrick Roy's team, when I think of the Canadiens today, I think of Michel Therrien. His influence has shaped the product we see on the ice, as well as the development of players such as Alex Galchenyuk, who finally convinced his coach after a long, bumpy road that he was a better option at centre than David Desharnais.

It could be that Bergevin is the only man who sees Therrien as an elite coach. The first major decision Bergevin made as General Manager was to hire him. It could be that he sees something the rest of us do not, and has been crafting his team in Therrien’s image, giving him all the tools he needs to succeed. This is not a diatribe against Therrien. He has been given everything he needs to win. He should now have no excuses whatsoever for not getting it done.

Kirk Muller adds a dimension to the coaching staff that has been lacking since Therrien has been at the helm. Communication between players and coaching staff will be much improved with Muller in the fold, and we should expect the power play to improve as well.

Some have murmured that the hiring of Muller as an Associate Coach puts pressure on Therrien to deliver a solid performance from his team next year, and that if the team stumbles out of the gate the Habs already have their coaching replacement hired. This could be, but I think the effect is more positive in that it gives the coaching staff the tools it has been needing for a long time, and could very well be the missing ingredient for success.