NHL General Managers will be busy setting up their rosters for net season in the coming few months.

When the final horn sounded on Saturday night at Mile One Stadium in St. John's, the 2015-16 season officially drew to a close for Marc Bergevin and the Montreal Canadiens organization, failing to make the playoffs at every professional level.

While all the players get to go home for the summer to spend time with family and friends, the disappointed general manager does not have the same luxury, and will now look to the summer ahead to re-shape the organization to correct course for the present and re-stock the prospect pipeline for the future.

It is on this day that the fortunes of three non-playoff teams will turn around, as a weighted lottery will offer them the chance of picking from among a strong group of players including Auston Matthews and Patrik Laine.

The Habs are in the running for these draws, and based on their final standing are slotted ninth in the draft, and have a 5% chance of winning the first overall draft pick and an immediate injection of talent. 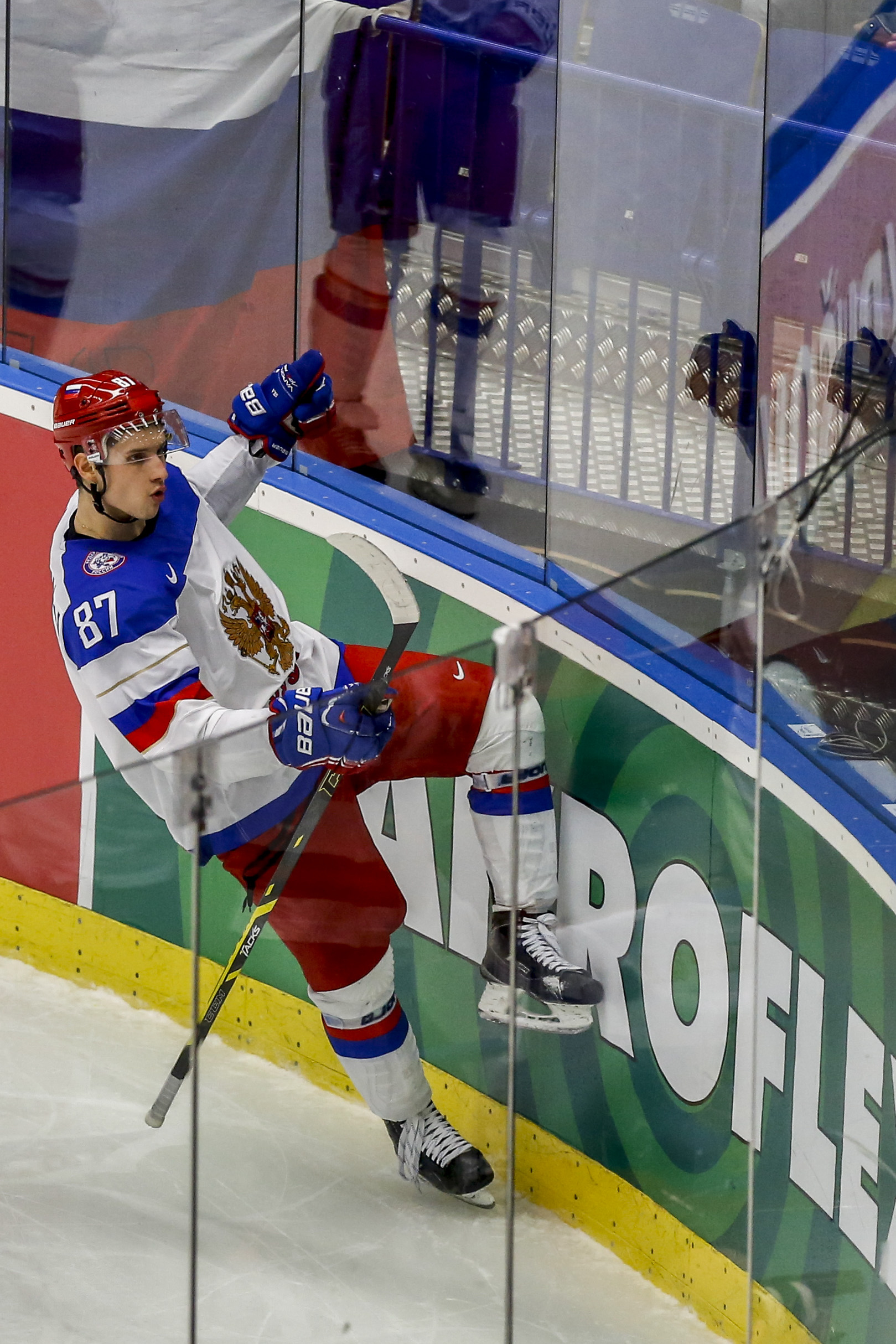 This is the day that most contracts for European players expire, and therefore a whole new pool of free agents becomes available. He has dipped into this pool in the past, signing Jiri Sekac and Bud Holloway, as well as a recently explored pursuit of Artemi Panarin, who eventually chose to sign with the Chicago Blackhawks.

Lately the Habs have been linked to Russian sniper Vadim Shipachyov, so there is another potential offensive element that Bergevin can add to the Canadiens in order to bolster their lineup. Deals with European players are typically not announced until July 1 when the NHL contract cycle begins, but there are plenty of interesting candidates to choose from, notably Alexander Radulov who is interested in returning to North America. Does Bergevin take a gamble on him?

Thankfully, Bergevin is well ahead of the curve in signing his 2014 picks, as Nikita Scherbak, Brett Lernout, and Daniel Audette all have contracts in pocket. The Habs do not risk losing any of their draft picks this year, but Bergevin might be looking to other teams to see who is not signed to an entry-level contract, and offer them an AHL deal to fill the ranks of the IceCaps, similar to how he did it with his own unsigned draft pick, Josiah Didier, this season.

Draft day itself is exciting as the Habs are currently set to draft seven players: one in the first round, two picks in the second (their own and the Minnesota Wild's via Buffalo as part of the Josh Gorges trade), third, fourth, fifth (Canucks as part of the Zack Kassian for Brandon Prust transaction), and a sixth-round pick. The Habs traded their own fifth-round pick for Brian Flynn and their seventh-round pick for Torrey Mitchell on deadline day two seasons ago.

The Canadiens will draft ninth, pending the results of the draft lottery, and the management staff have been focusing squarely on forward Pierre-Luc Dubois from the Cape Breton Screaming Eagles in the QMJHL. Based on the latest draft rankings, he may no longer be available by the time the Habs come up to the podium, however. Surely Bergevin will study the possibility of trading up in the draft order in order to add a major prospect.

You can check the assets — both players and picks — available for making transactions in our organizational depth chart, which is always available from the 'Library' section at the top of the site.

This is the last day that contracts for the 2015-16 season are valid. Any player without a contract for 2016-17 season will become a free agent on July 1.

The window closes on this day to exclusively negotiate with any player set to become an unrestricted free agent (UFA). The Canadiens managed to avoid unrestricted free agency with Tomas Plekanec and Paul Byron by signing them to new deals during the season, but some players remain: Victor Bartley, Mike Brown, Gabriel Dumont, Tom Gilbert, Bud Holloway, John Scott, and Ben Scrivens.

If a player is set to become a restricted free agent (RFA), then the team must simply tender the player a qualifying offer which states the team's intent to negotiate a new deal, and ensures that the player remains property of the club. If a player is not given a qualifying offer, he becomes a UFA and is free to sign with any team he wishes, as Mark Barberio did after he was unqualified by the Tampa Bay Lightning last summer. The terms of the qualifying offer need to adhere to the following salary-based formulas. If the player's 2015-16 salary was:

Bergevin then will have the entire summer to negotiate new deals, but also faces the unlikely threat of an offer sheet made to the player by the other teams. The restricted free agent list is rather significant this year and represents the bulk of the work for Bergevin and the rest of his team over the summer, with Sven Andrighetto, Barberio, Mac Bennett, Michael Bournival, Daniel Carr, Phillip Danault, Darren Dietz, Morgan Ellis, Joel Hanley, and Lucas Lessio all on expiring deals.

The best opportunity to add some NHL-tested talent to the roster occurs on July 1 when Bergevin can choose to extend offers to some interesting unrestricted free agents, but usually at a hefty price. At the head of the list is Steven Stamkos, who is likely looking past Tampa Bay at this point, and will fetch a jackpot on the open market. Other players of interest who could fill a desperate need for a top-six player for the Canadiens include Eric Staal, Patrik Elias, Radim Vrbata, David Backes, Teddy Purcell, Andrew Ladd, and Loui Eriksson, among others.

The first official sign that the new season is approaching is the four-day summer development camp. The roster is usually released a few days after the draft, and includes around 50 prospects in total.

The development camp is usually the only chance to see prospects who play in the NCAA and in European leagues. The Habs should be able to get a good look at unsigned European prospects Martin Réway, Artturi Lehkonen, and Lukas Vejdemo, and well as Jake Evans, who had a good year in the NCAA. Both leagues are usually underway by the time rookie camp rolls around.

Development camp also usually includes several players on tryout invitations, which is another opportunity for Bergevin to evaluate free agents. Mike Condon (2013, 2014) and Daniel Carr (2014) were two players who received such tryouts and ended up impressing the management enough to be eventually offered contracts.

Again, Bergevin has no work to do towards this deadline out of his own prospect base, but he will be keeping an eye out on the other teams who fail to sign their draft picks. Recently, Nashville Predators third-round draft pick Jimmy Vesey made the news by refusing an entry-level contact from the team, and will seek a deal elsewhere. Perhaps Bergevin will try to lure the talented forward to the Canadiens?

The 2016-17 season will officially start gaining steam in mid-September when the Rookie Training Camp kicks off. The list of players attending will be released on September 1, and will include all players on entry-level contracts, junior-aged players, and several tryouts.

This camp is typically run by the AHL coaching staff, as the majority of the players attending will end up playing at the AHL level, so it gives them an early opportunity to get to know their coaching staff, but also earn the opportunity to impress the rest of the Canadiens management team who is watching from above in the stands.

The rookie team took part in a tournament last season with Toronto Maple Leafs and Pittsburgh Penguins prospects in a new format for the rookie camp, and the Canadiens have announced that they will participate again this year.

Several players on tryouts came out of rookie camp with contracts in their pockets last season, including Michael McNiven, Angelo Miceli (AHL), and Markus Eisenschmid (AHL).

Marc Bergevin will have plenty of opportunities to shape the organization over the coming months. How effectively he does so will go a long way to determine whether the Canadiens have a bounce-back season beginning in October.