A look at Les Canadiennes rookie forward after her first year

Share All sharing options for: Katia Clement-Heydra was a breath of fresh air for Les Canadiennes

Katia Clement-Heydra was under the radar from the moment she entered the CWHL.

She was Montreal's second round pick in the 2015 CWHL Draft this summer after a very successful career at McGill University. Unfortunately for her, Montreal's first pick just happened to be Marie-Philip Poulin, one of the best players in the world.

But Clement-Heydra quickly started getting the attention she deserved once the focus turned to the ice.

"She’s someone who came in from the first day. She comes to every meeting. She’s the first one there, she always has a smile on her face. She’s truly the embodiment of a professional hockey player," said Canadiennes General Manager Meg Hewings.

She was a nominee for the Rookie of the Year award at the end of the season, and was named to the CWHL All-Star Game.

"When I got the All-Star nod it really gave me confidence and made me go ‘OK, I can play in this league’ and that made a big difference for me," said Clement-Heydra.

15 of her 20 points on the year came after she was named to the All-Star game.

Clement-Heydra was one of the only Canadiennes all-stars on Natalie Spooner's team White (along with goaltender Charline Labonté) and actually had a penalty shot when Hayley Wickenheiser threw her stick at her. It was her coming out party as she had several chances and was one of the better players on her team. 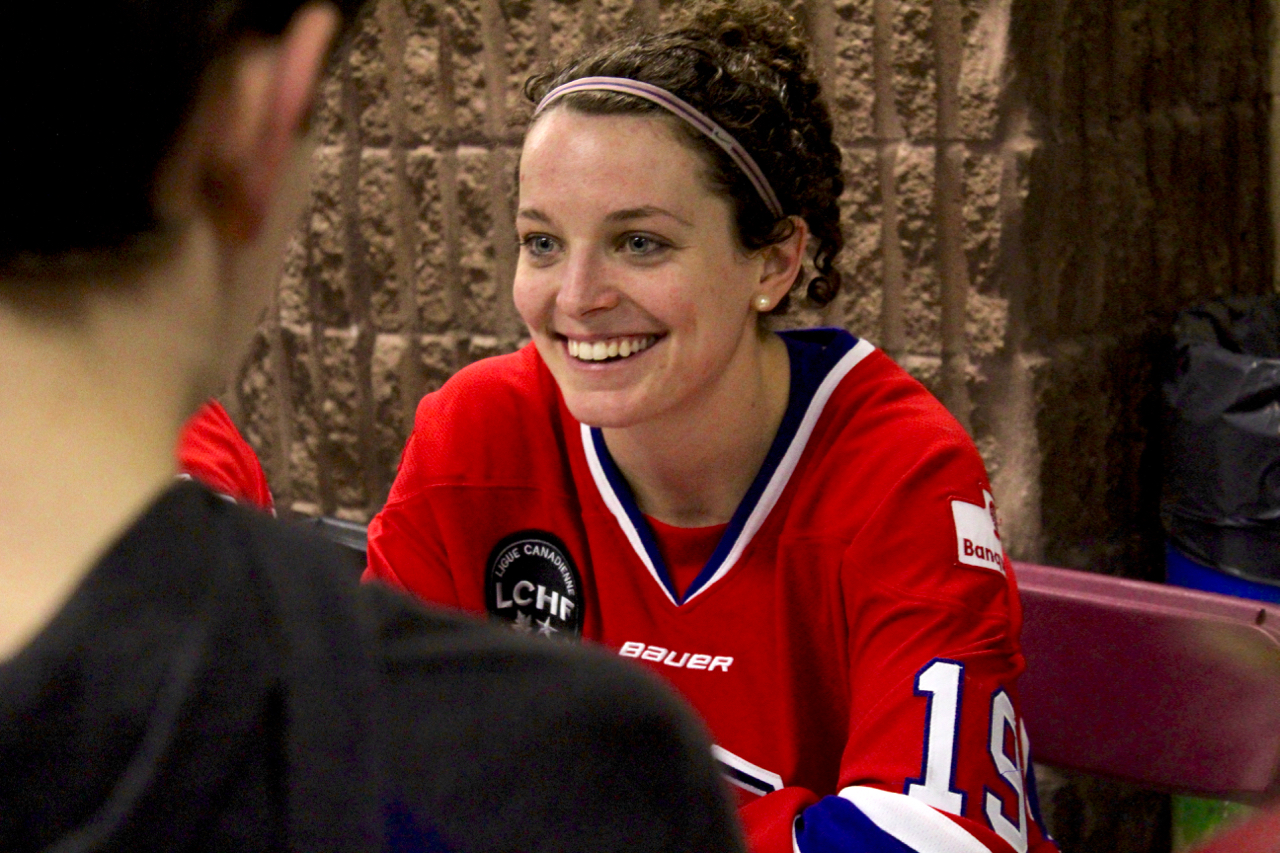 But it was with Les Canadiennes where she really opened eyes. Originally, she started the season in the bottom six before finding a spot with Noémie Marin and Kim Deschênes on Montreal's second line.

It was a vote of confidence for the rookie.

"Playing with Caro, you know you’re going to play a bit more and have a bigger responsibility both offensively and defensively so they are big shoes to fill," Clement-Heydra said. "It’s such a boost to be able to play with her and the coach knows that you can actually handle that pressure to be able to follow her on the ice so I’ve been really happy to play with her."

"She’s gone above and beyond everything that we’ve asked of her and it’s why she’s climbed the ranks so quickly," said Hewings. "She excels everywhere that we put her and she’s proven she deserves to be on those top lines. Most people take at least three or four months to get settled into the CWHL but she was a pro from day one. She’s someone who will grow into a real leader on this team."

Her linemates also saw something in the centre.

"Even if I’m a veteran she’s very vocal," Marin said about Clement-Heydra. "If there’s something on her side she’ll say something and same thing with me, we want to make each other better to be successful together. She’s had a great year. At McGill she’s had experience and even though it’s her first year in the CWHL, she brings speed, she brings all the things we need on our line and she understands hockey. She coaches hockey, she knows hockey."

Aside from playing for Les Canadiennes, Clement-Heydra is an assistant coach at CEGEP André-Laurendeau. Julie Chu, Karell Emard, and Marin are among other Canadiennes who are also coaches at the university or CEGEP level. She wore a letter for the McGill Martlets in her last two seasons, including the C her final year. She also won two National Championships at McGill.