Canadiens vs. Sharks 10 Takeaways: A disastrous start, an encouraging finish

A poor outing was capped off with some strong play, and that’s good news for tonight’s game.

Share All sharing options for: Canadiens vs. Sharks 10 Takeaways: A disastrous start, an encouraging finish

Friday’s game between the Montreal Canadiens and the San Jose Sharks didn’t go the way the home side had hoped. These are the key takeaways from the 4-2 loss.

After three days off, the Habs should have been well rested, but it didn’t translate into a good beginning to the game. Unlike in other games where the slow start is the result of not being able to match the intensity of the opponent and spending the opening minutes in the defensive zone as a result, last night their issues came in the offensive end.

The Canadiens took four penalties in the opening frame, including Torrey Mitchell being sent off for interference just 17 seconds into the game. The Habs were able to kill that initial man disadvantage off, but the Sharks made them pay for their next two, opening up a 2-0 lead before the midway mark.

Memories of that stellar penalty-kill structure to open the season are long gone. The Habs looked like they had no idea how to deal with being outnumbered last night, with players chasing pucks and not playing any particular scheme.

On the second power-play goal of the period, Joe Thornton simply waited for Alexei Emelin to make a move toward him as he held the puck behind the net, and passed it out front once he did. Patrick Marleau, despite being surrounded by the three other penalty killers, was as free as a player in traffic could possibly be, and had no trouble getting a shot off to double the lead.

In sharp contrast to the now-standard PK Panic employed by the Habs, San Jose’s game structure is something to behold. Every player knows where he’s supposed to be, and how to react when he finds himself out of position.

Backcheckers hustle to play a part in transition rushes against, but not necessarily on a beeline to the puck carrier. You often see a Shark go to where his check is most likely to end up, rather than to where the puck is going, and at times it can look like they know exactly what the Habs have planned. Passes are picked off, lanes are unexepectedly closed, and there’s little room to make a play as an opposition player is always in the way.

It’s quite something how the positional habits can allow a relatively slow team to prevent a team like the Habs from using their speed, and it makes you wonder how good the Habs could be if they had their speed and skill complemented by such a gameplan.

Not just the penalty kill letting the Habs down

For their third goal, San Jose didn’t need to take advantage of Montreal’s penalty kill, instead capping off their best run of offensive play in the game.

Timo Meier, who was playing his first NHL game, got the goal, becoming the 3500th rookie to score his first big-league goal against the Canadiens (probably).

After going down 3-0 in the first at home, you expected the Habs to come out flying in the second period. That wasn’t the case as they looked just as disinterested at the start of the middle frame as they had during the first.

A brief flurry of activity on a Habs power play as the Sharks were caught with six skaters on the ice didn’t last long, and was followed up with a fourth goal from the visiting team. With no help in front of him and the game getting out of reach, Michel Therrien decided to remove Carey Price from the game.

And he wasn’t happy about it.

This is the stare everyone is asking for. Hard to tell who Price is looking at, but he's clearly not happy. pic.twitter.com/HegDzAgFKd

Price left the ice and immediately went to the dressing room, staying there for several minutes as the game went on. On the way, he sent a menacing stare along he Habs bench.

Michel Therrien stated after the game that Price would get the start in Washington tonight, and hopefully he’ll get a better performance from his teammates.

A tough game for Zach Redmond and Nathan Beaulieu

The Habs have been getting decent performances from their younger defenders in third-pairing roles this year, whether it’s Greg Pateryn playing a steady game, Mark Barberio jumping up on offence to keep possession for his team, Beaulieu providing some tertiary production, or Redmond leading the transition game.

Last night, however, their bottom duo of Beaulieu and Redmond was eaten alive by the Sharks attack. Redmond was the only player to finish with a negative possession differential (along with an out-of-his-element Mitchell), while Beaulieu needed some time with Jeff Petry to avoid such a result.

To Therrien’s credit, with the game seemingly out of hand, he continued to give Redmond the odd shift rather than benching him completely, and the defenceman was able to record his fourth point of the season on the Habs’ first goal.

The positioning woes seem to be most apparent in (though definitely not limited to) the inexperienced defenders, and they may need some more helpful guidance if they are to become good defensively.

He has had a rough start to the season in the AHL, but McCarron had begun playing to his abilities over the past month. That play carried directly over to the NHL last night, and he was one of the best players on the ice.

He led the team in shot-attempts-for percentage (at 76.2%) and was using his size to his advantage all night long. He shielded a check along the boards while maintaining possession of the puck and then passed it to Jeff Petry at the point for the second goal for the Habs, with six minutes remaining in the third period.

McCarron finished the game with 12:25 of ice time, and he will probably exceed that total tonight if he can replicate his efforts versus the Capitals.

The comeback was on

With the confidence from scoring two goals and lots of time remaining, the team decided to press hard in an attempt to get even closer. The final minutes were played almost exclusively in the Sharks’ zone, and if not for some outstanding saves by Jones, the Habs may very well have tied it up before the final horn.

Playing their third game in four night, San Jose had let up after seeing Price leave the game down four goals, and were not able to respond to the Habs’ flurry. In the end they survived and left the Bell Centre with two points, but things were much more difficult than it appeared they were going to be at the game’s halfway point

The effort came too late to undo the damage done by the lethargic effort in the first half of the game, but it did serve as a good setup for the contest in Washington tonight.

The players said after the game that they were embarrassed that their play had led to Price being pulled, and that should be fresh in their minds as Price gets the nod once again. There will be no excuse for a poor start this evening, and you should expect the team to come out of the gate running. 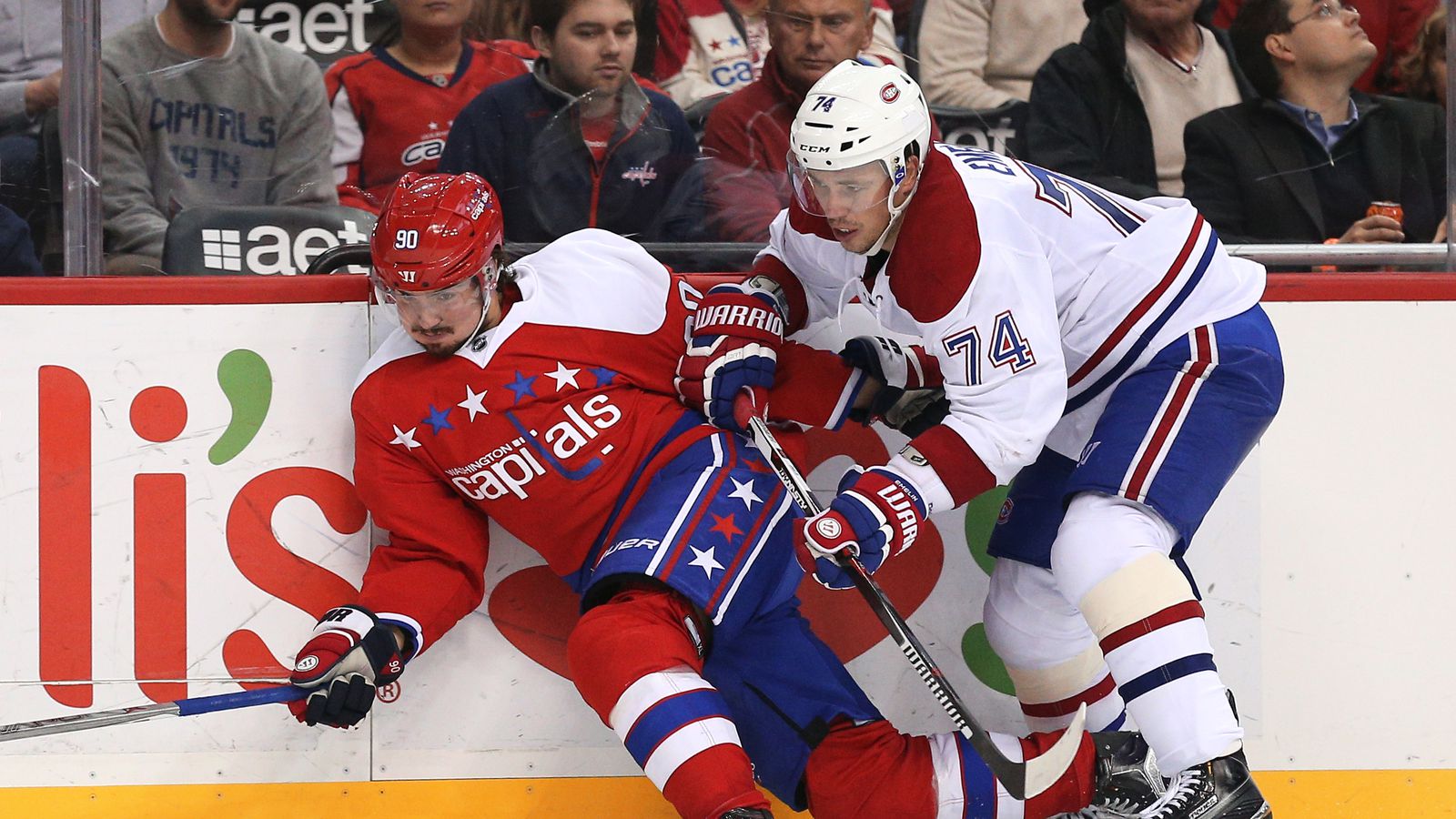 #Habs vs. Capitals: Game Preview, Start Time, and How to Watch

The Habs travel to Washington for the second game of a back-to-back.