By preseason standards, it was a very exciting game

Share All sharing options for: Canadiens vs Capitals Recap: The Eller-Galchenyuk-Semin line continues to look great

The Canadiens hit the ice for their second preseason game, facing Alex Ovechkin and the Washington Capitals. 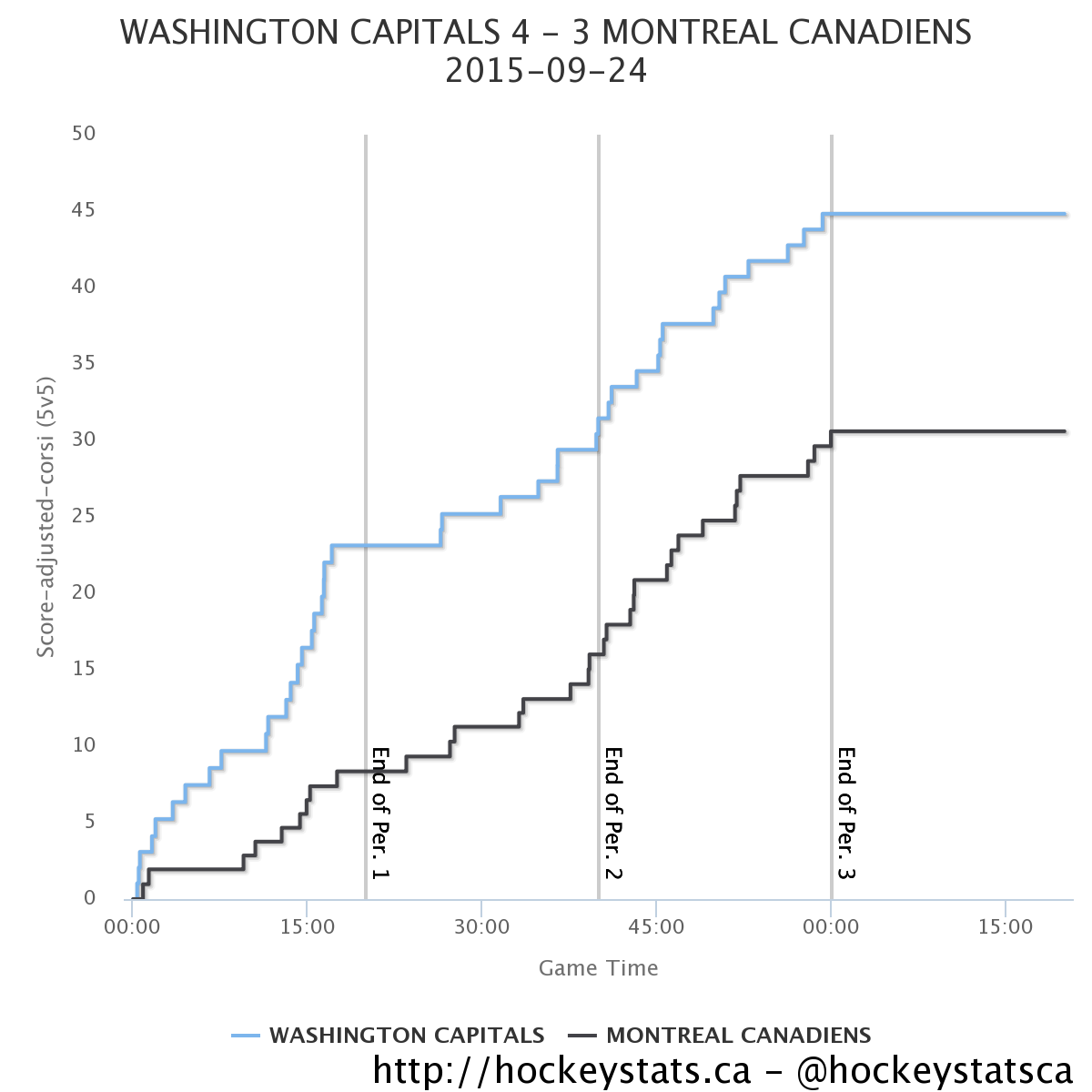 First off, let's take a moment to remember this is just preseason, and we really shouldn't be panicking about what goes on during play. The roster is incomplete, and players have little-to-no chemistry with their new linemates.

The game started on an encouraging note, especially when it came to the newly-minted Lars Eller - Alex Galchenyuk - Alexander Semin line. They immediately created a pair of scoring chances, although they were on the wrong side of an early goal against by Andre Burakovsky. Their defensive zone coverage wasn't great, but the chemistry they displayed in the offensive zone was downright impressive.

T.J. Oshie followed up Burakovsky's goal with a strong individual effort, blowing past his coverage to beat Tokarski with a blistering shot.

The lead lasted for exactly 12 seconds. Dale Weise found a streaking Tomas Fleischmann, who made no mistake putting the puck behind Braden Holtby. Fleischmann looked good all game, but we'll get back to him later.

A few minutes later Galchenyuk took matters into his own hands, by stripping the puck from John Carlson, and sneaking a puck through Holtby to tie the game at 2.

After an absolutely ridiculous powerplay goal by the Capitals, the Habs created a powerplay goal of their own, as David Desharnais worked hard to pounce on his own rebound.

The game went to a shootout, with all three Habs' shooters failing in their attempts. In the end, the Capitals won 4-3, with Oshie being the only player to score. It was a deserved win for the Capitals, seeing as the Habs were soundly outplayed for the majority of the game.

The Habs are back in action tonight, as they face the Chicago Blackhawks at the Bell Centre. Puck drop is at 7:30 PM EST.
Follow @MarcPDumont