Torrey Mitchell will offer upgraded performance on the fourth line in his first full season with the team.

There, he immediately — and, other than for a brief period while out with an arm injury, permanently — took over from a struggling Manny Malhotra on the fourth line. The move meant transitioning from the team-average zonal deployment he received in Buffalo to one of the toughest experienced by any forward post-deadline.

(Note that the horizontal 'Season CF% OFF' line in the chart is a Corsi-for percentage of about 40%, not the approximately 50% you've seen on most of these charts.)

That shift in role saw his possession numbers plummet in his first few games with his new team, his defensive zone starts and the aforementioned injury conspiring to drop him down to a ten-game average Corsi-for percentage near 25%.

He adjusted quickly to the murderous deployment and saw his possession numbers skyrocket from that lowly position to be near the team average during the playoff run. He finished the post-season above a 50% Corsi-for percentage despite receiving more than three quarters of his end-zone starts in his defensive end.

Tracked while a member of the Buffalo Sabres, the high Corsi contribution percentage (first bar) is irrelevant, it just means that Mitchell was one of their few forwards who played like an NHLer. His rate statistics, however, are very impressive.

Being in the top half of the league rankings in shot attempt and shot generation pace on a team that couldn't get out of its own end last year is a worthy feat (second behind only Tyler Ennis in both categories). Being in the top 25% in terms of generating shot attempts via a neutral zone pass is indicative of a high-level two-way forward who is able to quickly turn defence into offence.

That transition ability will be a major asset to the Canadiens in the likely event of Mitchell reclaiming the spot of fourth-line centre when the regular season begins. He is the type of player Marc Bergevin claimed off waivers in the form of Jeff Halpern late in the 2012-13 season, and the player he hoped he was acquiring when Malhotra was signed before the last: a player you can throw out exclusively in defensive minutes without surrendering a goal, allowing your offensive players to work in the attacking zone.

The fact that Bergevin signed him to a three-year contract suggests that the GM believes the 30-year-old Mitchell can finally fill that role long-term. 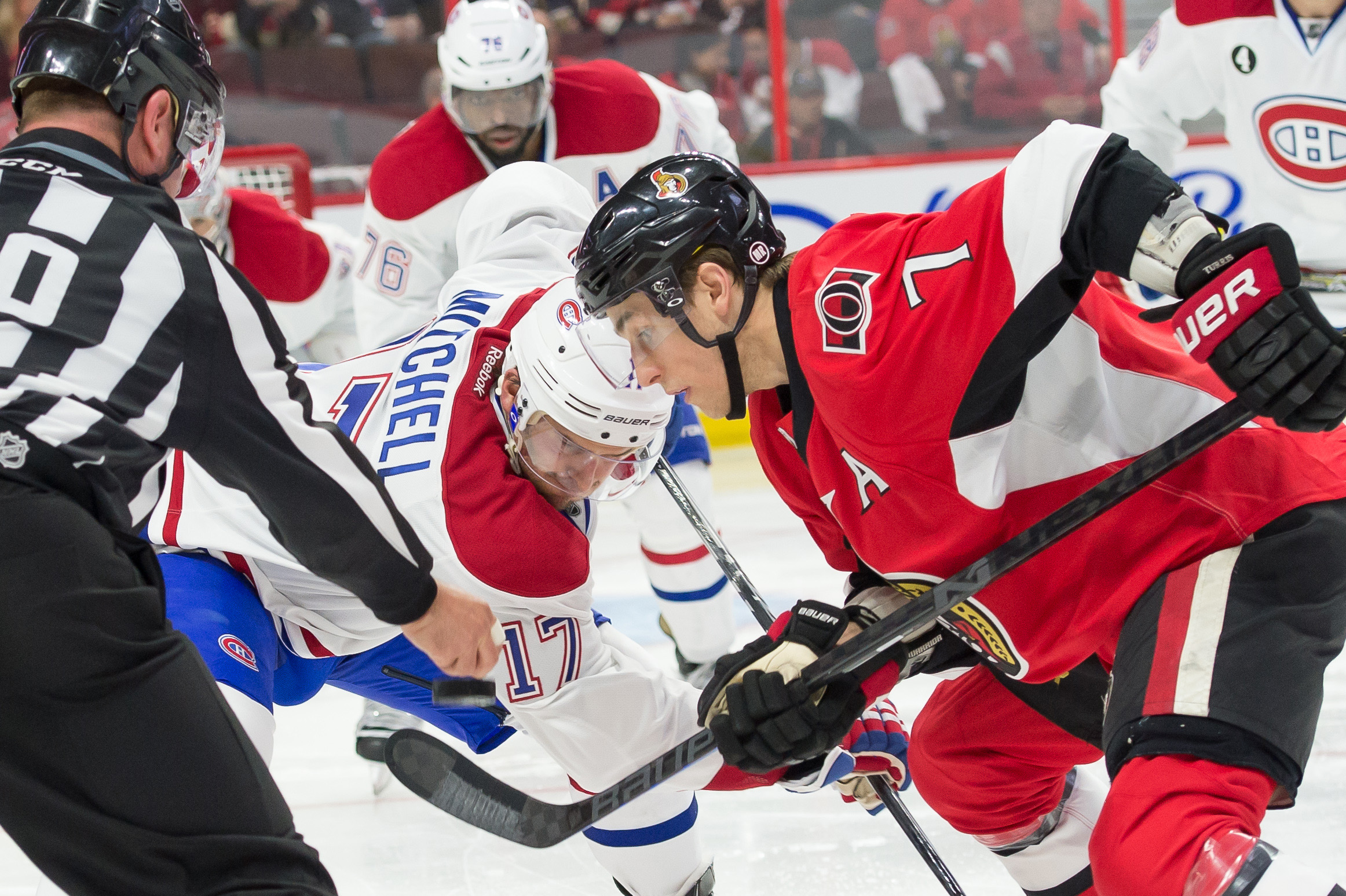 As you can see from his scoring chance contribution stats, he won't be a candidate to move up into one of the top-six scoring slots. While his playoff pace of nearly half a point per game (five points in 12 games) would be welcome from a fourth-liner, a more realistic total of 10-15 points should be expected.

His passing skills do, however, suggest a player who can thrive in a third-line role, boosting the neutral zone play of a defensive player like Lars Eller and helping to set up a winger with more offensive finish, whichever of the many available candidates that would happen to be.

Mitchell's highest value is probably as the team's centre on the bottom trio, but having someone playing in a spot below his ability is a key feature of a contending team.