It was announced yesterday that the Brampton Beast will play Team India October 9, cementing their commitment to growing the game worldwide.

Earlier today, the Brampton Beast- ECHL affiliate of the St.Johns Icecaps and Montreal Canadiens- made it official that the team will play in a friendly international game on October 9, 2015 vs the National Hockey Team of India.

This will be the first time Team India has traveled to Canada. Incidentally, Brampton is home to one of the richest and most vibrant Indian communities in the world.

"When India has over 10 ice rinks built and the team is playing at a higher competitive level, we hope that people remember October ninth as the day Team India played the Brampton Beast and as the day that ignited a passion for ice hockey in India as well." 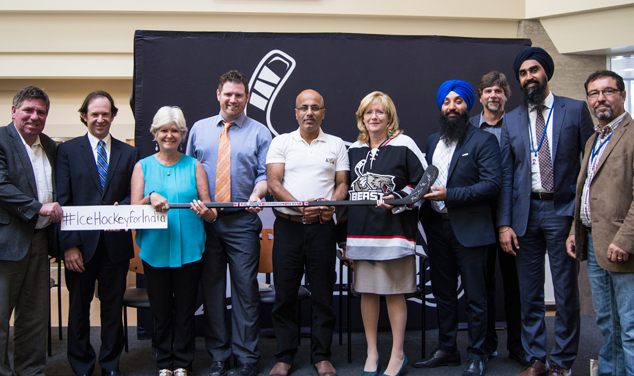 Kaplan also explained that there's plenty of ways for the community to get involved.

Currently, the team is looking for families to billet 10-12 of the players from India, as-well-as interested parties to sponsor the game.

"The hope is that this game is a success so that we can continue to do games like these in the future."

Sherlip will carry about 10-12 players from India for this games, and will hold tryouts for the remaining spots in the coming weeks. The coach is looking for Canadian players with an Indian background.

It's a new beginning for hockey in India, hockey in Asia, and a reminder to us all that the game we all love is growing around the world.

"We’re really thrilled to connect India’s national team to one of Canada’s largest South Asian communities and help develop the program in a great hub of hockey," said Sherlip. "The hope is that this game is a success so that we can continue to do games like these in the future."

"They love the game no different than we do. They live for hockey. For their two to three month winters the only thing they do is play hockey everyday. If they don’t have equipment, they find ways to make it," explained Sherlip.

Here's how you can buy tickets and support this fantastic idea: