The hunt for Mr. October

Some Habs have become famous for their fast starts, and others nearly run out of town for bad openings to the year. What can we expect from the Habs' core forwards to open the season?

Share All sharing options for: The hunt for Mr. October

In 1999, Brian Savage had an October to remember. He scored 12 goals and 10 assists for a 22-point month, a remarkable start to the year even for the three-time twenty-goal scorer. It looked as though it was going to be his year to break through and really ascend the scoring ranks, giving Montreal a goal-scoring force they’d lacked and finally rescuing the team from the punchline years of the late nineties.

He recorded those 22 points in just 12 games. He’d finish the year with 29 points in 38 games after suffering a gruesome neck injury in November against Los Angeles.

However, that injury wasn’t the full story of Savage’s roaring start and whimpering finish. Four years earlier, in his sophomore season in 1995, Savage had 12 points in nine games in October.

He finished that year with 33 points. In 1996, he had nine points over eight games, and finished with 60 on the year - a better percentage for sure, but not the point-per-game pace that had fans watering at the mouth that fall. The next two autumns were quieter for Savage, but then there was that furious start to 1999, solidifying him as "Mr. October" - a hot starter with a penchant for flaming out long before the season was over.

By examining a player’s output in the first month of the season over a few years, we can see how their start matches up to their season-long total and determine whether some players might be so eager to start the season that they set themselves up to fail over the long run. Let’s take a look at the Habs’ core of forwards over the past three years by examining their October point totals, their games played, and the percentage of their total points scored in October compared to the rest of the season:

Plekanec’s numbers were somewhat predictable. Statistically speaking, Plekanec’s pendulum doesn’t swing very far from year to year, as he a fairly consistent producer who was traditionally relegated to more defensive responsibilities as the season wore on. He often starts the season in the top six and gets bounced around as he’s needed. 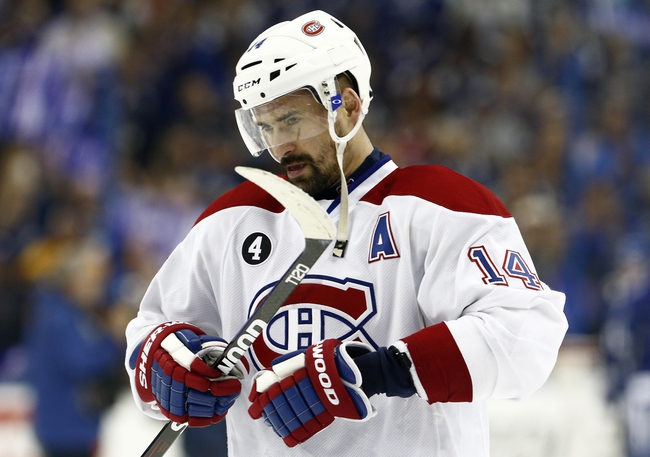 Looking at the numbers, we can confirm the venerable Plekanec makes the most of the chances he has, and it makes his time in October more productive. Last year his percentage was lower but his output in the first month of the season was roughly the same. However, he had his best offensive season since 2010-2011, and we can point to his shift in usage as the culprit. Plekanec had more time in an offensive role last year, and with Lars Eller taking over his defensive responsibilities, we can expect more of the same from the turtleneck assassin to start this season.

It makes sense that we should look at Eller’s usage following Plekanec’s. Larry had a good start in 2013-14 on a hot line with Gallagher and Galchenyuk, but he was relegated to the third line for most of the rest of the year (only to heat up in the playoffs again). As mentioned, he’s getting a lot of Plekanec’s former responsibilities, though the potential addition of Kassian to his line could be interesting to start the year.

David Desharnais can be pretty wacky in terms of consistency, so it makes it difficult to accurately gauge what his performances will be like over the course of a month. When he’s hot, he tends to burn brightly, and when the game goes the other way he goes ice-cold. His first month numbers attest to that: a red-hot start after the lockout quickly fizzled, followed by a brutally cold streak in October of 2013 - you may recall Montreal mayor Denis Coderre calling for a trip to Hamilton for the diminutive forward. Desharnais’ bad year earned him a reputation as a slow starter, but it’s not entirely deserved; he’s just a consistently inconsistent 50-point man, and sometimes those cold snaps come at the start of the season.

Of course, Desharnais’ numbers tend to go as Pacioretty’s do, and we can see Desharnais reaping the benefit of Patches’ scoring prowess here. However, Pacioretty is a more consistent and productive player, and as a result his swings in percentage are not quite as drastic. Simply put, Pacioretty’s lows aren’t as low as Desharnais’, and as one of the league’s leading snipers, is highs are positively stratospheric. Even in 2013, when Pacioretty only played five games in October due to a hamstring injury, we can see him settling into a comfortable pace that had him finish the season with an average of 0.82 PPG. Pacioretty might start hot or he might start cold, but you can bet that he’ll find his way to 35 goals by season’s end. 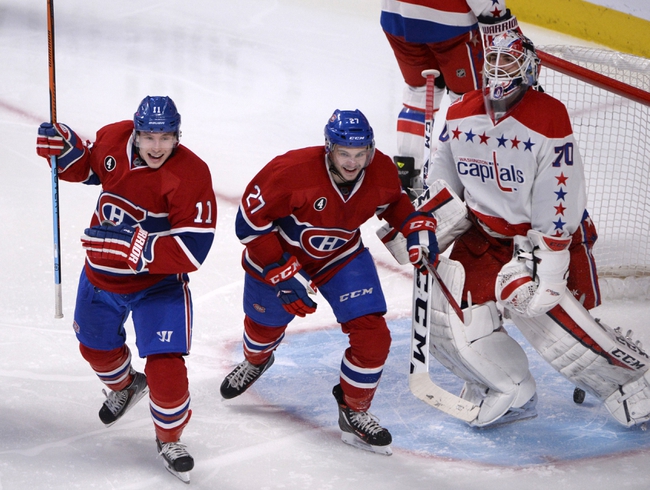 Galchenyuk and Gallagher have both seen their October percentages dip over the course of three years. For Galchenyuk, it’s because he’s had consistent production over the first month with increasing point totals over the course of the season. Considering he hasn’t yet hit his offensive ceiling, we should see the same amount of points from him to start this year, but it’s likely (and welcome) that his October percentage should drop this year if he tru;y breaks out. Gallagher is more likely to take the average of the past three seasons, seven or eight points, and roll into his yearly 45-50-point production from there.

We’re dealing with relatively small sample sizes here, and these numbers only show which players have a tendency towards a disproportionately hot or cold start to their season. In the case of the core Montreal forwards looked at here, nobody really falls to the extreme, and nobody is really deserving of a reputation of consistently slow or hot starts; even the frequently-targeted David Desharnais’ brutal start to 2013-14 was an anomaly.

The Habs don’t have anybody that’s going to be labelled Mr. October anytime soon, but the upward trend in production over three years from younger players, the addition of some potential new offence, and the maturation of the team could set them up to be in a good place one month into the season.