They wore a C, but does anyone remember them for it? As the Montreal Canadiens head towards announcing a 29th captain, let's look back at three would-be captains.

According to general manager Marc Bergevin, the Montreal Canadiens are on the verge of naming their 29th captain. Last year the Habs played without a captain for only the second time in their history, and instead chose to play with four alternate captains. Andrei Markov and Tomas Plekanec wore their letters every game, while PK Subban and Max Pacioretty alternated between home and away games, as only three lettered players are permitted per game. One of these four men is likely to be named the next captain.

Traditionally the captain is the public leader of the team and its most visible mouthpiece. They project confidence, leadership, and become the man that the rest of the team will go to war for. Being a captain for the Montreal Canadiens is a great honour and it places you in the history books alongside such greats such as Jean Béliveau, Emile "Butch" Bouchard, and Bob Gainey.

Unfortunately for the alternates, they may be an important part of the leadership team, but they do not always gain the historical recognition that the player wearing the C would.

Even worse, if the captain is injured or otherwise unable to play, they sometimes get the opportunity to wear the C and for a brief moment glimpse upon the greatness that is being the Montreal Canadiens captain. Then the captain returns to the line-up and the alternate returns to their well-worn A emblazoned jerseys.

This post is dedicated to three such players who wore the C, but are simply not recognized as captains in the history books. 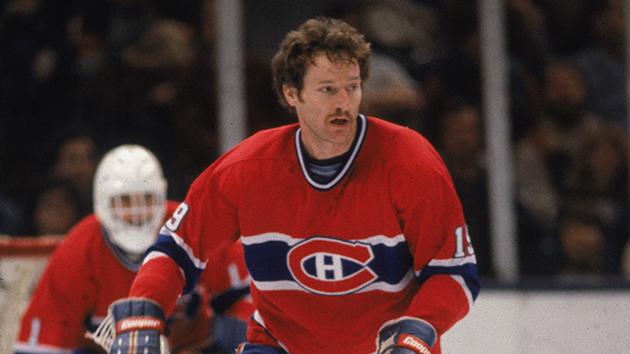 When Bob Gainey went down to injury, it was Larry Robinson, one of the greatest defencemen of all time, who was called into action to wear the C for the Montreal Canadiens. He was the first player I remember stepping up from alternate to the role of captain for a brief instance.

Larry Robinson would have made a tremendous captain for the Habs. He was highly respected on and off the ice, could play the game - holding team records that still stand to this day and that perhaps will never be broken such as +120 in 1976-1977 - and was never afraid to stick up for his teammates.

Larry Robinson had a long and fruitful career with the Montreal Canadiens, winning the Norris Trophy twice, the Conn Smythe trophy once, and of course six Stanley Cups. Unfortunately, Larry Robinson never had the chance to wear the C on a permanent basis, as both he and Gainey retired at the end of the 1988-89 season. For Robinson, that retirement did not last long, as he was back the following season playing for the Los Angeles Kings. 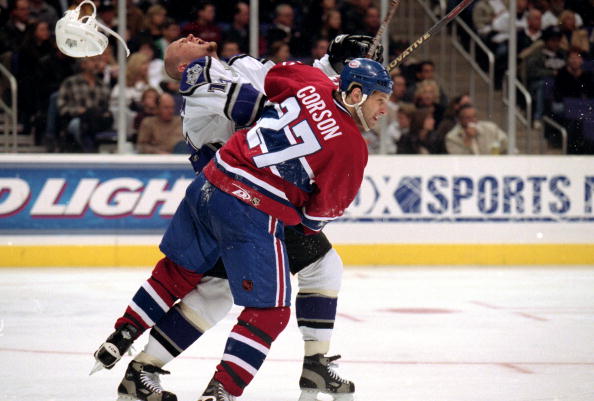 Shayne Corson was cut from the same cloth as a certain John Ferguson. He could play hockey and put up points, but was more than willing to drop the gloves if you took liberties with his teammates. For this he was greatly appreciated in the Habs locker room, and brought a rugged leadership that saw him wear the C when Saku Koivu went down to injury during the 1999-2000 season.

He was quite close in fact to wearing the C full-time as a matter of fact. At the start of the 1999-2000 season the Habs needed a new Captain after Vincent Damphousse was traded.

But his reported off-ice incidents would likely have drawn unwanted attention to the organization during a difficult year. He was known for having physical altercations in the past, and as a result did not represent the total package that is expected of a captain in Montreal. The Montreal model is one set by the larger than life Jean Béliveau, of on-ice leadership and off-ice exemplary behaviour. It's probably for the best that he remained a locker room leader, and no more. 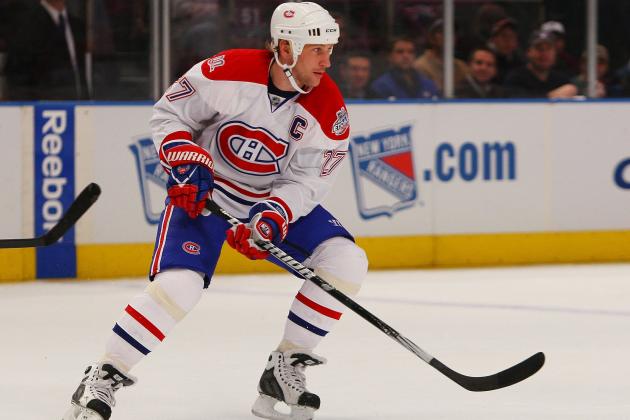 Whereas Shayne Corson wore the C at the start of Saku Koivu's reign as captain, Alex Kovalev had the honour during 2008-09, Koivu's last season in Montreal. Alex was an incredible offensive talent, but was plagued with questions of consistency and passion for the game.

When he was on, he was practically unstoppable, but more often than not he would be seen drifting on the ice waiting for the pass to hit his stick. But he loved Montreal, and Montreal loved him back. He was arguably the first offensive superstar to play in Montreal since Stephane Richer managed to score 50 goals in 1989-1990, so he was frequently on highlight reels and the fans were just eating him up.

Unfortunately by season's end both he and Koivu were let go to free agency and he never had the chance to assume the captaincy full-time.