A one-on-one inteview with Martin Reway

Martin Reway has had an eventful season to this point. EOTP sat down with him after a recent game with his new Swiss-league team to get the story in his own words.

Share All sharing options for: A one-on-one inteview with Martin Reway

Martin Réway doesn’t skate. He glides around with a pair of skates on his feet.

This has been my impression from the time I began paying attention to his exploits but even more so after having watched him play in person. For some, that can be interpreted as laziness, but to me he is almost always open for a pass, and by not skating he doesn’t draw attention to himself in the way a player in constant motion does, and his offensive awareness usually has him moving to the right place.

I got the chance to have a one-on-one chat with Réway after the Swiss NLA game between Zurich and Fribourg-Gottéron thanks to two great ambassadors for their clubs: Mr. Roger Gemperle of Zurich Lions and Mr. Pierre Reynaud of HC Fribourg-Gottéron. We were lucky though, as the Habs prospect had been to the doctors the day before, and it wasn’t assured that he would have played the game.

HC Fribourg-Gottéron had lost the game 4-1, but during the game Réway had a fabulous move where he split the defenders to create space out of nowhere. A shift later he had a chance that he probably should have scored on, but the pass came quickly and there was just a small opening for him to hit, and he hit it just off the post.

Réway held in the puck and started the play that resulted in the only goal for Fribourg-Gottéron, but didn’t get the assist.

He came out of the dressing room after the game carrying a huge trunk, visibly tired from his night's work. He was almost shy when he kindly asked if we could sit down on the stairs for the interview. Whereas others had described him as a "rebel" and "the guy that does what he wants," he was very soft-spoken, respectful, candid, and quite thoughtful.

Zeb: So I am here with Martin Réway (ruh-VIY) of Fribourg and Slovakia. Is that how you pronounce your name?

Zeb: You just had a tough game against Zurich, losing 4-1. How did you think it went or you?

MR: It was not good for us, I don’t think it was a tough game, for me out of the games I have played this was the easiest one because they like to play with the puck, they don’t play the north-south hockey, you know? It was really easy to play against them. I think we didn’t play the way we should have and that is the reason why we lost.

Zeb: You had a good stop at the blue line, thereby creating the goal, starting the play that resulted in your only goal. I was impressed with your play as it was the first time I have seen you live. In regards to this, how do you think your transition to the Swiss National Liga — A from the Czech Extraliga has gone?

MR: It's much different, it's tougher and faster here. It is teams — not this team [Zurich] — playing really hard against each other. It's like North American style of hockey, you know, they … it's up and down all game, they forecheck extremely well and they play really well in their own zone, so it's tough to play against them, but… it's not something you can do, you know, it's just to get used to it, and I think I am getting there.

We are missing a lot of guys, I think it's six or seven guys that are still injured so it’s not really the team we have here, but you have to play with what you have now and we have to play more as we did here to win these games. 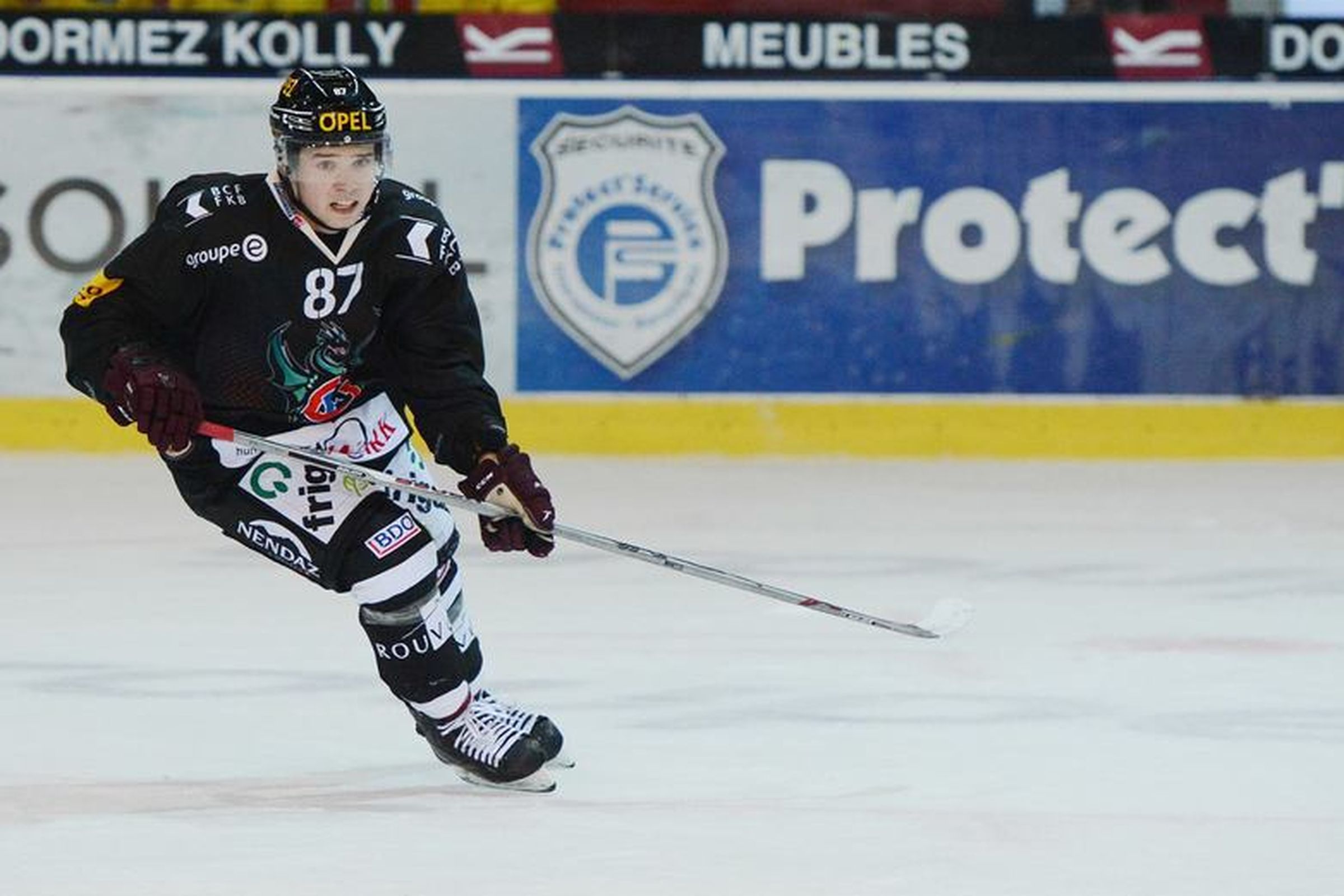 Zeb: You play centre sometimes and wing others. Do you feel that this has improved your role as an ice hockey player?

MR: Well, I like to play centre, that’s for sure. It's quicker; you can use your skills; you can read the play much, much more. As a winger in the defensive zone, you have to be in the middle and help out your defensemen. It is much easier than to play centre. But as a centre you get to be a better player, you have to learn something new, play much better defensively, but also have to be aware, I don’t really mind playing wing or centre, it's only good for me.

Zeb: Is that where you think you can improve your game the most? The defensive play that is, because that’s where there has been most talk about the negative aspect of your game?

MR: I don’t think it's so bad, my defensive play, you know, it’s always how you play with your team, we have to find a way to help each other, get a good read of the play so you know where to go, good timing, you have to be aware: "where is your man?" Yeah, of course I can get better in the defensive zone but I can also get better in the offensive zone. I want to be a good all-around player, not only to score goals or make an assist.

Zeb: So you really aim to enhance your whole game, not just the things you are good at.

Zeb: And how is your shoulder? You injured it in the last game.

MR: Yeah, I don’t really know what happened, we had a kind of fight — I wouldn’t call it a fight ... we held each other and then I fell on him or something, and I fell on my shoulder. I already had a problem with it, but this is different. It's nothing serious from what the MRI says. It will go away, the pain, in a few days, I think.

Zeb: One of the absolute best games I have seen you play was with the national team with Slovakia against Switzerland. You were the Man of the Match, and the whole tournament was spectacular, especially considering what was going on on the side, it must have been good to get back on the ice and just enjoy playing hockey.

MR: Yeah it was a really tough situation with me and Sparta, because I was not able to play in the first league, so I don’t really ... it's something about transfers, so the team I would go to — for me now Fribourg — I [wouldn't have been able to] play for a month, so I didn’t play there with Sparta, and they sent me away. If Sparta had said "play there," I would have played for sure. I still didn’t play, so to get selected for the national team was good for me.

It was really hard for me, I didn't play for three weeks and then I didn’t play for two weeks after. So when I got here it was maybe even tougher, for me.

Zeb: Do you feel like you are catching up with the game?

MR: Oh yeah, I think it will be [close] now, I am playing with new teammates, other lines ... and it's something new again, we got to find a way to play with each other.

Zeb: You seemed to have gelled well with the team, today you were really communicating with a lot of your teammates, pushing them on, something that is expected of you as a standout player. Do you feel that it has been easier in Fribourg-Gottéron than you thought it would be?

MR: Oh no, I don’t really think there are any teams that it's hard to get into, you know? I mean ... everyone wants to win wherever I play. Every team, every player, always where I have played it has been the same, and this team ... I really enjoy my time here. It is really not going well for us right now, but I am pretty sure with the hard work we have here it's going to break in a few games and we will start to win again.

Zeb: Getting the players back?

MR: I think Marc Pouliot and Greg Mauldin are really good players offensively and defensively, they also have so much experience so they are only going to help us. In the situation we are in, we have to be fighting with the situation [not against it]. We don’t have the players now. The players that are taking their spots now, it's something new for them as well. It’s a tough situation and we have to be able to handle it.

At this time Martin had started to look over for the food in the corner and even if I could have spoken for another hour, I felt it was best to let Martin go.

Zeb: You obviously have the playoffs here to look forward to, and the World Championships afterward, all of us at HabsEOTP wish you the best for both objectives, we thank you for the time you took here, and best of luck!

MR: Thanks, I appreciate it.

We at HabsEOTP sincerely appreciate the help from the Zurich Lions and HC Fribourg-Gottéron for their assistance is creating this interview opportunity, and we are grateful to Martin Réway for taking the time after a game to have a few words.