Canadiens vs Rangers recap:The Habs win five in a row, and it feels good to be home

It was a goaltending duel, but Carey Price and the Canadiens came up big in their fifth-straight win this season.

Share All sharing options for: Canadiens vs Rangers recap:The Habs win five in a row, and it feels good to be home

It doesn't get much better than a Montreal Canadiens' home opener, does it? 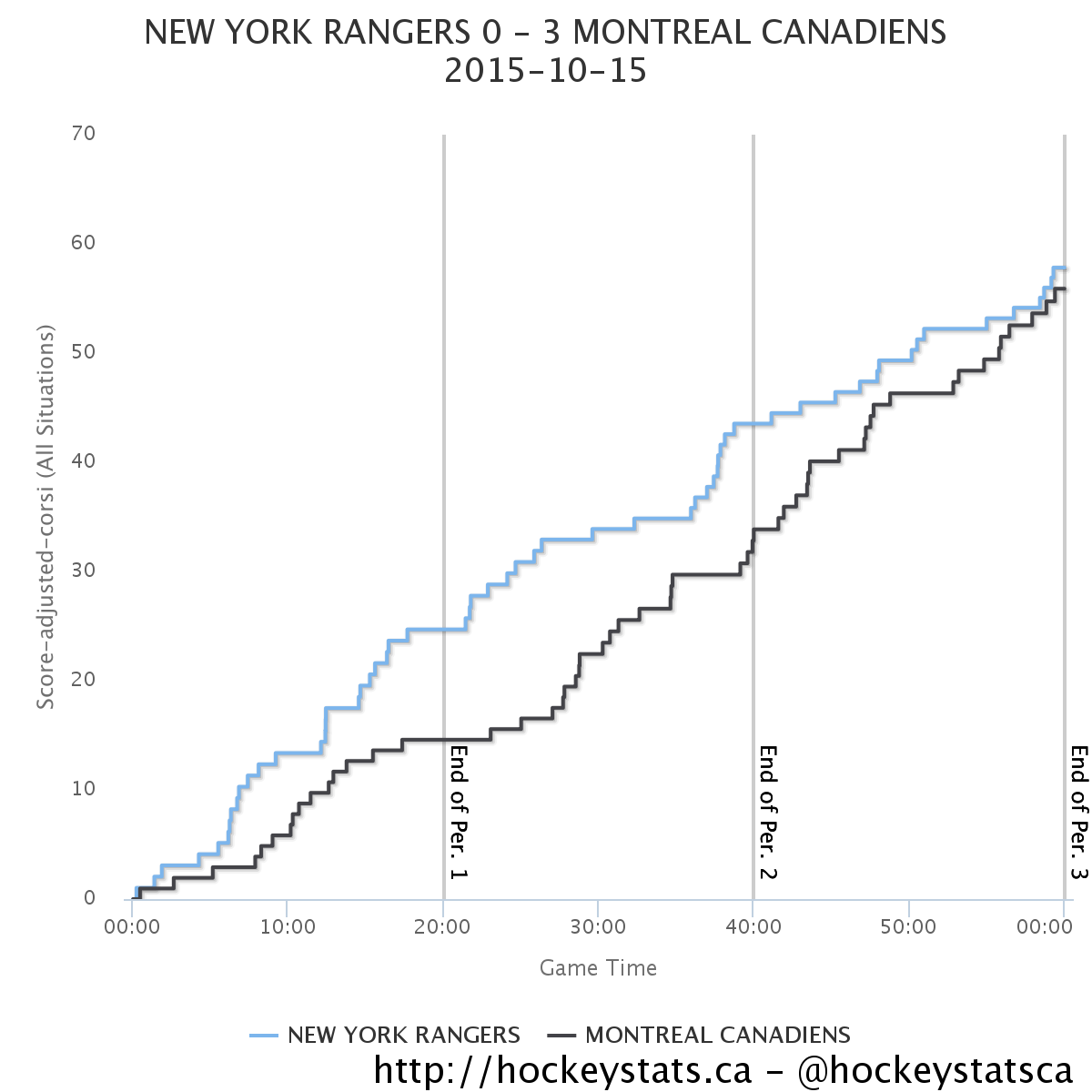 The atmosphere in and around the city of Montreal on Thursday was electric as the fans and players joined together in celebrating the club's history and looked towards another great season.

The opening ceremony itself was excellent, as always.

But the highlight had to be Andrei Markov trolling PK Subban during the torch ceremony.

These two may just have the strangest bromance on the team.

The new guys were all smiles as everyone took it all in.

There were no line changes, as Michel Therrien and the rest of the coaching staff kept together what has proven to be a solid line-up for the first four games of the year. Greg Pateryn, Jarred Tinordi, and Paul Byron will have to continue to bide their time, though with the success we have seen so far, it was hard to argue against this decision.

The first period was marked by penalty after penalty, and we even saw Montreal play a bit of 5-on-3 hockey for the first time this regular season. Neither team would capitalize as both goaltenders looked solid.

The Rangers had the advantage in shot attempts, though many were actually missing the net. Montreal often chose to go glove-side on Henrik Lundqvist, who had little trouble in keeping the score tied at 0. At the end of the first, the shots were 9-7 in favour of Montreal and both teams went 0/2 on the power play.

The second period saw a little more life in the Habs with Tomas Fleischmann scoring his second goal of the season at 8:46. David Desharnais let go a little slap shot and Fleischmann was right there to capitalize on the rebound on Lundqvist's blocker side.

I'll tell you one thing, Fleischmann certainly seems hungry - let's hope this level of play continues. This also marks the fifth-straight game where the Habs' have opened the scoring.

Apparently it wasn't all good for Therrien, as Alex Semin found himself demoted to the third line in way of Devante Smith-Pelly and we witnessed our first shuffle of the season. In addition, six penalties were handed out during the second and the Habs continued to fail to score on the power play.

The good news is that the Rangers also failed to capitalize on their man-advantages and Carey Price was, well, Carey Price; coming up huge during the second to ensure the Canadiens maintained a one goal lead heading into the final period.

The third period saw two goals by the Habs. The first by Dale Weise after a magnificent play by Desharnais to keep possession in the Rangers' zone. A few quick, crisp passes between Desharnais, Fleischmann, and what looked like a non-threatening release by Weise, led to a 2-0 game.

Lundqvist was pulled with just over a minute left and Tomas Plekanec scored an empty-netter, 3-0 final.

This is the first time in the club's history that the team has started the season 5-0. There are still a few things that need to be addressed, but there are plenty of positives to focus on as the Habs aim to continue their perfect season on Saturday, versus the Detroit Red Wings.