Over the last 10 games Habs fans have been finally, at long last, blessed with a well-constructed lineup. At long last, the Pacioretty-Desharnais duopoly has been broken, Galchenyuk finds his natural home at C, Tomas Plekanec and Lars Eller are finally given proper linemates, our D pairings make sense, and all is right in the world. The result? A pretty cool 9-1-0 record over those 10 games, and although the process hasn’t been perfect, it’s been a breath of fresh air. We’ve come a long way, after all- from the dark periods of top-pairing Emelin, Plekanec’s rotating cast of Blundens, and all of that "first line chemistry", which just about every NHL team had gotten wise to. It’s an incomplete journey, but progress is progress.

From our fortunate vantage point, I think it’s worth exploring why these poorly constructed lines seem to pop up everywhere and then stubbornly persist for months, if not seasons (I think our friends at PPP have a few things to say about that). Hockey stands out among professional sports in an interesting way: the four-line system leads to a dynamic whereby roster players inhabit a hierarchical structure, much like a company or other organization, and whereby good play can be rewarded by a promotion to a higher line or poor play a demotion. A hockey team, in other words, is somewhat of an organizational hierarchy.

With this in mind, I’d like to offer the following hypothesis:

The existence of so many persistently ineffective or inefficient lines in hockey can be explained by a well-known management principle, coined by Dr. Laurence J. Peter in 1968, called "The Peter Principle". It states:

It’s not hard to see how the Peter Principle applies when drawing up lines or promoting players from one to another. Should a player see a stretch of success, as most likely measured on the strength of point production, and subsequently get promoted to a different line with more challenging requirements (higher QoC or fewer offensive zone starts, for instance), they will either a) ‘level up’ and perform well, or b) have met their first level of incompetence. A promotion to incompetence will have two effects: to weaken the latter line (since one of its members will be sub-par), as well as to cripple the former line (where the player had been doing well, and which no longer has his services.) Correspondingly, as the Peter Principle goes on to state,

Work is therefore accomplished by those employees who have not yet reached their level of incompetence.

Just as an engineer who has not yet been promoted to a management position will likely be carrying out ‘the real work’, so too might one expect a 3rd line to thrive until some of its members are promoted upwards, and the remainder of the line becomes ineffectual due to the loss of that player’s competent contribution. (Remember the EGG line? Good times.)

This leads us to everyone’s favourite punching bag: David Desharnais. Of course.

DD’s tenure on the so-called "top line" illustrates the Peter Principle very well. Not only did he rise through the Habs lines due to good play and general merit (after a long, difficult road there as an undrafted player), he found himself on the Cole-Pacioretty line, a lone bright spot in a dismal year (despite- or really, because- the other three lines were hemorrhaging goals under RandyPuck).

But then, as the team emerged from that crappy season, the questions began- is he defensively capable enough to be a real 1C? How much of his success could be attributed not to his abilities, or chemistry, but really due to his linemates driving possession? Was it worth mortgaging the other lines’ production in order to feed the DD line offensive zone starts? What about those stretches when he just... stunk?

This conflict tends to lead to ‘work-around solutions’ whereby the rest of the team takes on a heavier load in order to accommodate one person’s promotion to incompetence. In this vein, Habs fans will surely acknowledge this important corollary of the Peter Principle, named (seriously) ‘The Dilbert Principle’, articulated by Dilbert creator Scott Adams:

Organizations tend to systematically promote their least competent employees to management in order to limit the amount of damage they are capable of doing.

As Dogbert put it, "Leadership is nature’s way of removing morons from the productive flow." Or as I might put it: "[Offensive Zone Starts and Max Pacioretty] are [Michel Therrien]’s way of removing [defensive liabilities] from [the neutral zone]."

Amazingly enough, the Peter Principle has been nicely predictive in the reverse situation: ever since DD got bounced from the top line, he’s been playing really well! How come? Because he’s returned to a level at which he is competent. Good on Michel Therrien for finally realizing this and embracing it- even going so far as to move his ‘1C’ down and over to wing.

So if the Peter Principle is real, and does in fact explain why incompetent lines can persist, what can be done about it? Well, we can look to academic research for a solution. A few years ago, Pluchino et al. modeled the Peter Principle in a computational study and found that, in fact, promotion based on performance was among the least efficient ways to promote employees from within a closed system. Why? Because it a) maximizes individual promotion towards incompetence, and b) guarantees the most efficient possible removal of competent employees from their posts.

As a matter of fact, they discovered that the two most efficient ways to promote employees were:

2) Shortlist the best and worst performers in each given group, and then promote one of those two people, selected randomly.

This study reached prominence when it was awarded a 2010 Ignobel Prize for the silliest research of the year. (Note: Ignobels don’t reward bad science! Just ridiculous topics.) Yet I’m convinced it has its merits, and even its fair share of devotees. Especially- wait for it- one Mr. Michel Therrien, head coach of the Montreal Canadiens.

After all, how else can you explain where Dale Weise has played this year? 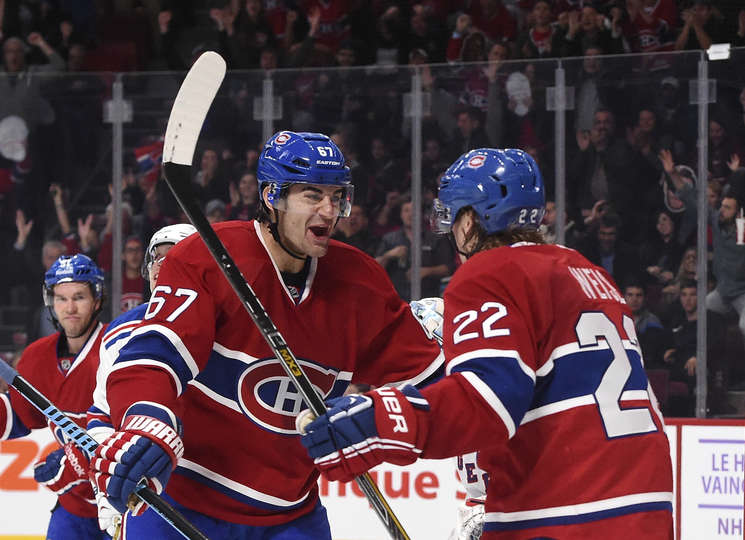