More than three years ago, Alexei Emelin joined the Canadiens as a hard-hitting, physical defenseman ideally suited for third-pairing duties. He filled this role well, earning a 4-year, $16.4 million contract extension at the beginning of last season. Since then, however, he has struggled mightily in many aspects of the game, including some of the team's worst possession numbers, and has fallen out of favor with many fans. While head coach Michel Therrien's patience with Emelin is seemingly endless, it is time to take a closer look at the development of Emelin's numbers. Is he still needed on the Canadiens' roster? 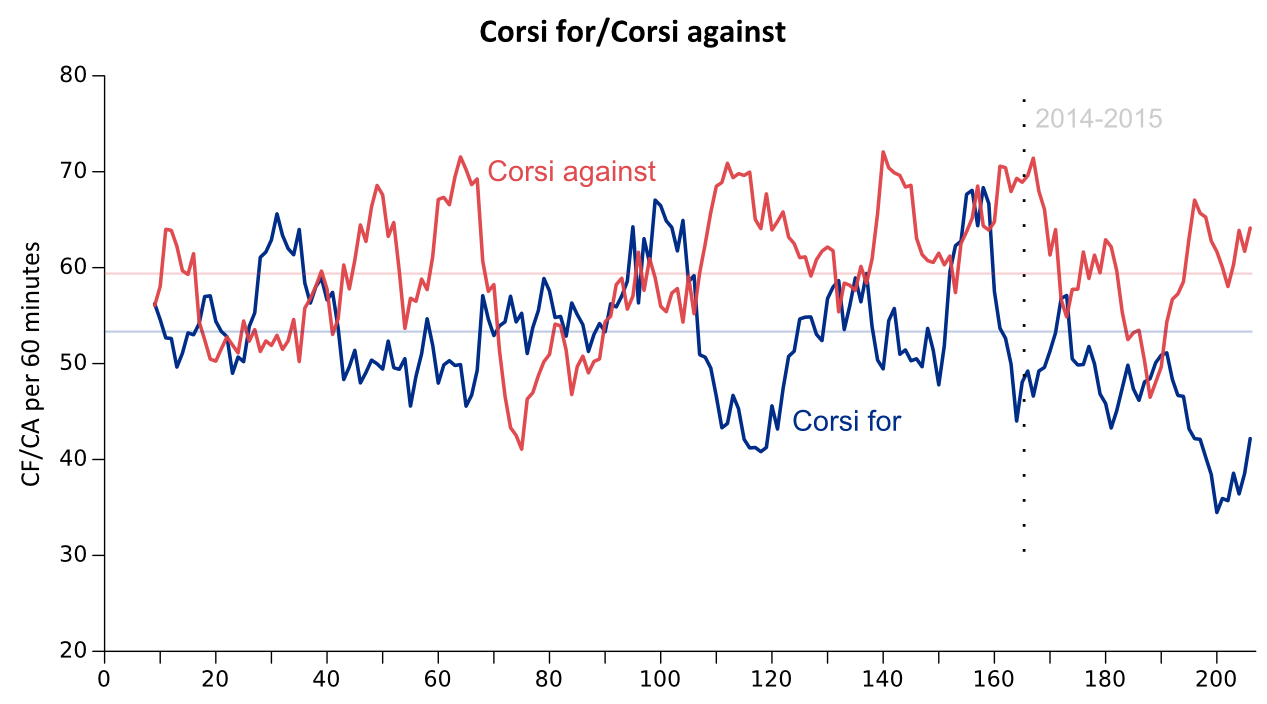 From the beginning, Emelin has not exactly been a fancy-stat darling, nor was he brought in to drive possession. While he has seen a fair amount of possession trouble in his career, this season Emelin has developed into a possession blackhole. For every minute he is on the ice, the Habs get one shot attempt against. This lack of defensive awareness has been an issue since Day 1, and actually his current Corsi against per 60 minutes even ranks a little bit better than his career average. What really stands out this season, however, is that Emelin does not only influence the number of shots allowed - he seriously limits the Canadiens' offensive strength while on the ice. The team only gets 46 shot attempts per 60 minutes with Emelin, compared to 53 without him. This number also marks a 12-percent drop from his career average.

But, how about the physical aspect of his game? 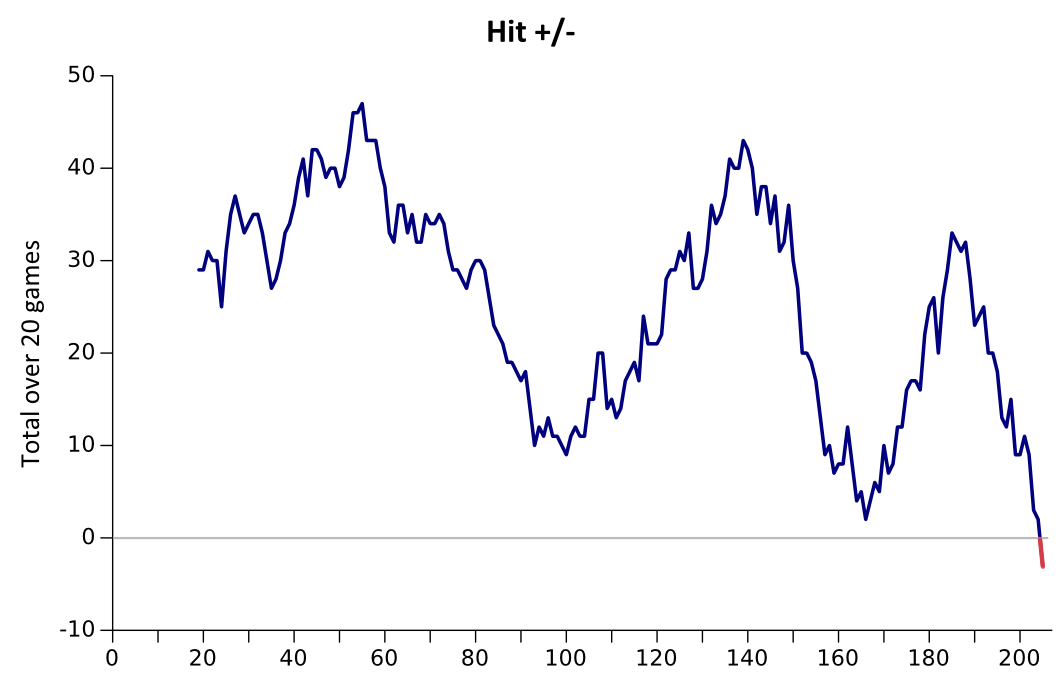 Emelin has often been credited for having a positive influence to the Habs' game by playing an above-average "physical game", mainly by delivering hard hits to regain the puck from opposing players. While this may have been true at one point, right now Emelin is being out-hit for the very first time in his career. This should be alarming to everyone and puts Michel Therrien's decision of playing Emelin over 20 minutes per game (and even using him in first-pairing minutes occasionally) even more in question. 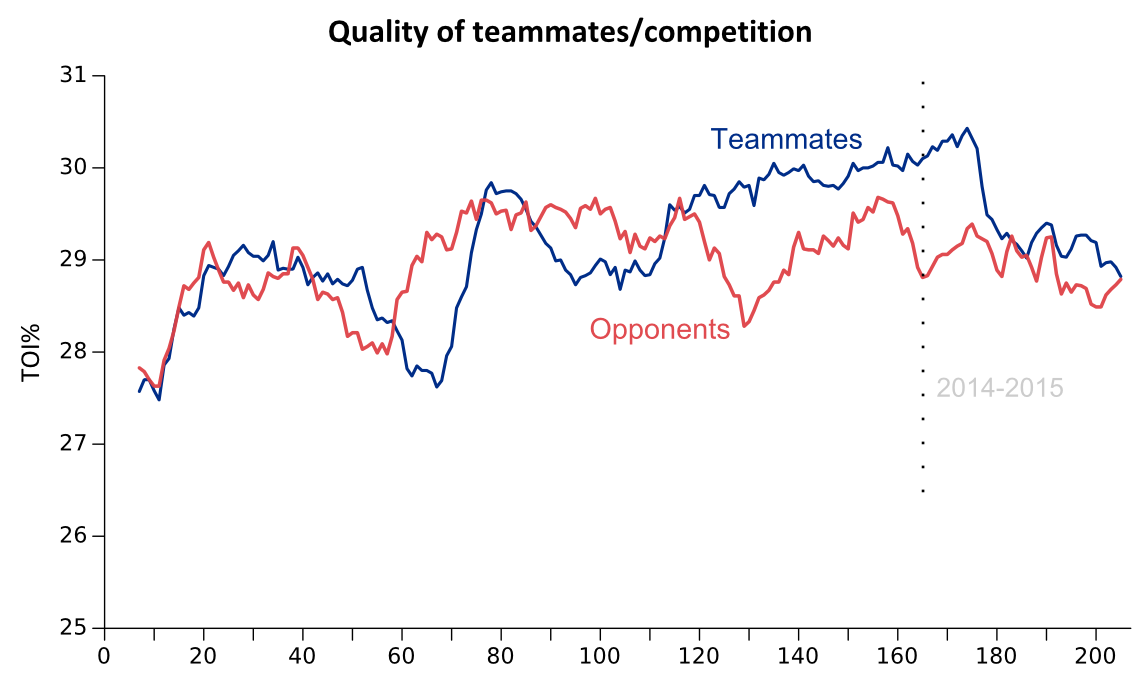 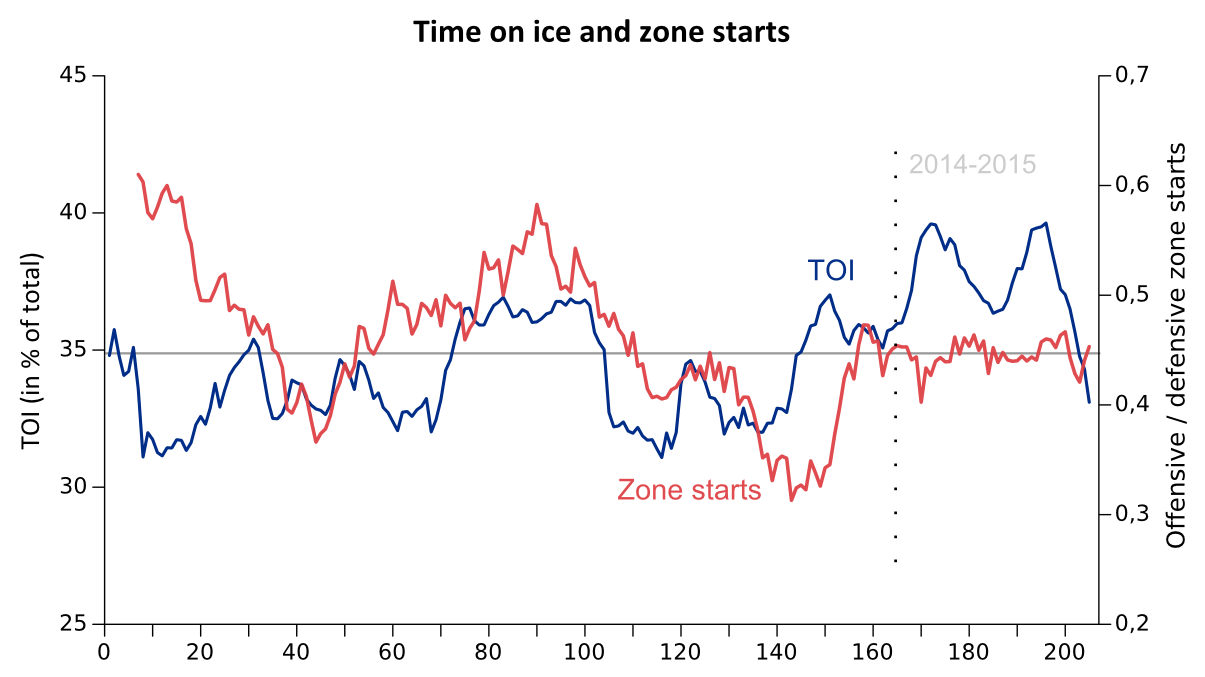 A logical explanation for the drop of both his possession numbers and hits could be a combination of tougher zone starts and better opponents while playing huge minutes. While he is definitely not among the most sheltered players on the Habs roster, Emelin's usage has consistently been very close to his career average this year. His opponents didn't get much stronger either. One point has to be made for Emelin, though. Oddly enough, while being used more often, he has also been on the ice with inferior teammates compared to last season. While this does certainly play a role in his dropping possession numbers, it doesn't explain the whole story.

Does Emelin have a future with the Habs?

One major reason for Emelin's struggles has been the large discrepancy between Michel Therrien's opinion and his actual capabilities. His reputation as a physical bottom-pairing defenseman is still not bad, but he is certainly not suited for playing big minutes on the second or even the first pairing. Once he gets shifted back to his old role, or maybe even serving as a 7th defenseman, there is a chance that his possession numbers and especially his hits may start picking up again.

Otherwise, there is no other option than shipping him out of Montreal.

Taking into account his horrible contract, even for a savvy GM like Bergevin it might be quite difficult to move Emelin via the trade route. Few teams are willing to burden themselves with over 4 million dollars per year in cap hit for a mediocre bottom-pairing defender. There might be only be a chance next year should some teams struggle with finding enough pieces to reach the salary floor. If none of these options pans out, however, Bergevin might just try what his fellow GM Lou Lamoriello did in New Jersey two years ago: Getting rid of a big contract by sending Emelin back to the KHL. It might actually work.

All data are based on player and team stats from War on Ice. Unless indicated, all numbers are rolling 10-game or 15-game percentages.