All young players start out struggling to get ice time. For most, they seemingly have to be better than their peers in order to get the same amount of ice time. Why? Because they are unproven. They are wild-card, high-risk, living-on-the-edge players who can make the coach cringe or make a whole crowd stand on their feet. Their peers though, the veterans these young players seek to replace, are more steady. There's little risk. The coaches know what these players can do and can't do, they're more steady. They're proven.

But more often than not, there is a transition period where the younger player is clearly superior, and yet doesn't get the ice time they deserve. And it's because there's no mystery or surprise with older players. When they go out and play, the coaches know exactly what they're going to get. They're proven, and proof means a lot for coaches. Unfortunately, proof is something that young players don't carry with them. Why does proof matter?

Proof is a powerful word. If something is proven, that means that it is absolutely irrefutable. There is no exception, there is no argument. It's 100% true 100% of the time. In many ways, it is what our society is based on, and they start it young. Teachers don't teach unproven science, constantly prove mathematical theories for students; proof is really the center for all education. The general attitude is that if something isn't proven to be true, we probably shouldn't teach it.

Surely this is a good thing. The cost of finding an innocent person guilty in court is enormous, so we make sure the burden of proof falls on the prosecutor. We do the same thing in politics. We wait for proof of atrocities or negative impacts of policies before going to war or changing the government. We're very careful because we're afraid of being wrong, which seems legitimate most of the time

But here's the catch: Proof is incredibly hard to attain. This idea is also ingrained and well known - I can't count the number of teachers I've had in my education, at all levels, who taught me the important difference between correlation and causation. One is easy to show; the other is difficult to prove. On the most fundamental level, that's the point. If proof were easy to attain, it wouldn't be as valuable. But there can be problems. Sometimes our fear of being wrong (which manifests itself as demanding proof) is so strong that it actually prevents us from being right.

Take, for example, asbestos. Inhaling it is terrible for you. That's well known and proven today, but how did it get there? It starts with (a rather dapper-looking) Frederick Hoffman, a German-born statistician who immigrated to the United States to work for the Prudential Insurance Company, which in the early 20th century was one of the most powerful institutions in the country. 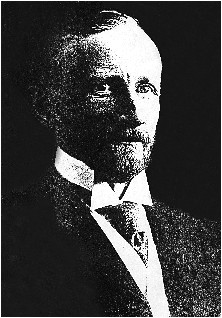 Frederick Hoffman conducted massive surveys all over the country to help inform Prudential what kinds of people we good investments to insure, and what their rates should be. He was also the first person to establish some kind of statistical link between asbestos and lung disease. He published a paper in 1918 on the subject, showing a significant statistical correlation between fatal lung disease and asbestos, among other things. However, it wasn't until several decades (the 1970s!) later that the correlation was accepted as causation and steps were taken to make mines safer. By all accounts, the information was not dealt with properly. Think about it. A statistical link between asbestos and lung disease, and nobody did anything substantial for 50 years! Why did nobody in power do anything, and how did they get away with it? Because there wasn't proof.

The massive amount of companies that used asbestos (including the medical community) did not want to change their practices, so they cited that correlation was not causation, and carried on doing absolutely nothing while workers continued to die young and suffer incredibly potent lung damage for decades. The unfortunate reality is that those companies were correct - Hoffman's statistics didn't prove anything. To get proof, they needed formal, time-consuming, and costly studies, and those weren't easy to come by. Yet we still condemn their behavior during that time, right? Knowingly or not, we accept that there are scenarios where proof is not necessary to indicate a need for action and change.

Does the plotline of Hoffman's story sound familiar? It should. Because we are watching it unfold right now. Every hockey fan knowingly or not, is complicit in demanding proof before change when we shouldn't. In some respects, this is understandable, like when dealing with young players or new statistics. But in other areas like player safety, it's unacceptable.

Think about the analytics movement in hockey. The correlation between puck possession metrics and success is undeniable. And yet, they aren't universally accepted. Why? The arguments made by old-school media and fans have pretty much amounted to this: "You can't prove it. I can come up with an example to the contrary of all your arguments, so you must be wrong." Those who haven't accepted analytics yet, whether they use the word proof or not, are waiting for irrefutable proof to change their position. 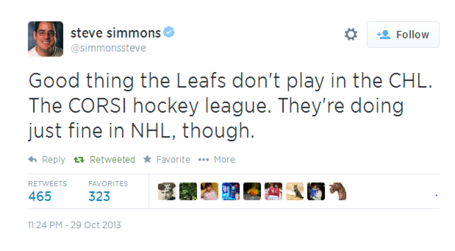 And like it or not, people like Steve Simmons are right. Statistics and analytics don't prove anything. But they're missing the point. Anyone trying to prove something with them is misguided. They show trends. Statistics is purely about correlation, so causation must be established by argument, not just raw numbers. That means undeniable proof in an unreasonable bar to set for their acceptance, and it's time for fans who haven't accepted analytics to stop demanding it.

The lack of proof brings out uncertainty, and people hate uncertainty. I'm convinced that random chance is the least fulfilling argument in all of human history. That's why narratives are built. They are invented to explain something that we perceive as unknown. Yes, they're flimsy and best, but they're a much more satisfying explanation than random chance. Until we get used to disorder, analytics will always be under fire. In order for them to continue to break ground and be accepted, proof cannot be part of the equation.

But Hoffman's story has a much deeper and more troubling parallel in hockey, doesn't it? In the summer of 2011, the hockey world was rattled by the death of 3 players: First was Derek Boogard, then Rick Rypien, followed by Wade Belak. All three had common characteristics. They were known as fighters, had problems with mental stability, and were diagnosed posthumously with Chronic Traumatic Encephalopathy. As this information came out, a serious debate over the role of fighting in hockey ensued. It was loud, passionate, and serious. 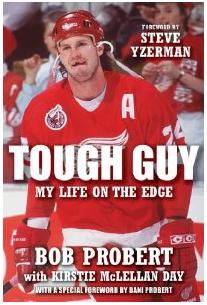 But yet, three years later, nothing meaningful has changed. Fans still love their tough guy and demand teams have enforcers. It doesn't matter that the rate of fighting is down. The reality is that the NHL has not addressed fighting in hockey in any serious manner, and players continue to fall left and right to concussions and head trauma, despite a known correlation between CTE, symptoms of dementia and Alzheimer's, and head trauma from sports.

But there's that word again. Correlation. Gary Bettman has insisted, numerous times, that there is no definitive proof to show that fighting or playing hockey leads to CTE. And he's right. There is not one piece of compelling evidence to suggest proof between repeated head trauma and CTE. If fighting caused damage in the brain that leads to emotional instability and impaired decision making, why aren't all fighters emotionally unstable and unable to make smart decisions? If concussions are so bad for you, why don't all concussed players have lingering symptoms? There aren't good answers to those questions yet, so the lack of proof becomes an excuse not to change.

Ken Dryden even wrote an article in 2011 on how the NHL was waiting for science (which in this context is the same thing as proof) before taking a powerful stance on head trauma. Read it. Every word is still true, three years later. And that's because science moves slow. Proof takes time. The hockey world may feel that there's time to wait, but there's not. History has shown that proof only comes when it's too late. The only way to get proof is to see massive suffering by NHL fighters and non-fighters alike, for a substantial amount of time in a formal study. Is that the kind of proof we want? By accepting Bettman's responses to head trauma and still cheering for fighting at hockey games, we answer that question with a resounding yes, knowingly or not. We are all complicit in the harming these players.

Are these players adults? Yes. Do they make their own choices? Yes. But they're misled. I guarantee NHL tells its players that there is no definitive proof that shows playing their sport leads directly to brain disorders like CTE, because they can say to fool the players and be right at the same time. But what they don't mention is the fact that those players are liable to become the proof. Players, particularly fighters, are currently taking part in a human brain experiment, and I think it's stop the data collection. We don't need proof. We have common sense.