Questions facing the Canadiens: Is this the year Alex Galchenyuk becomes a top line forward?

After an impressive rookie campaign, Galchenyuk's offensive production declined in 2013-14. Will this be the year he emerges as a top forward for the Habs?

Share All sharing options for: Questions facing the Canadiens: Is this the year Alex Galchenyuk becomes a top line forward?

From the time Alex Galchenyuk was drafted third overall by the Canadiens in the 2012 NHL entry draft, Canadiens fans have been hoping that they'd finally put their hands on an elite centre with world-class skills.  The following season Galchenyuk gave credence to his high draft position by earning a spot with the Habs during his first professional training camp. Unlike many 18-year-old rookies, Galchenyuk adapted to the speed and talent level in the NHL reasonably quickly, to the tune of 27 points in his 48-game rookie campaign.

Expectations heading into his sophomore campaign were raised accordingly, but Galchenyuk's point per game ratio went down, earning him only 31 points in 65 games.  It wasn't a bad season by any means, but the dip in production led some to question whether or not the hype surrounding the skilled forward was justified.

Which leads us to this question: Is this the year Alex Galchenyuk breaks out and becomes a consistent contributor to the Habs? This question clearly depends on his usage within the organization.

Where does Galchenyuk fit? 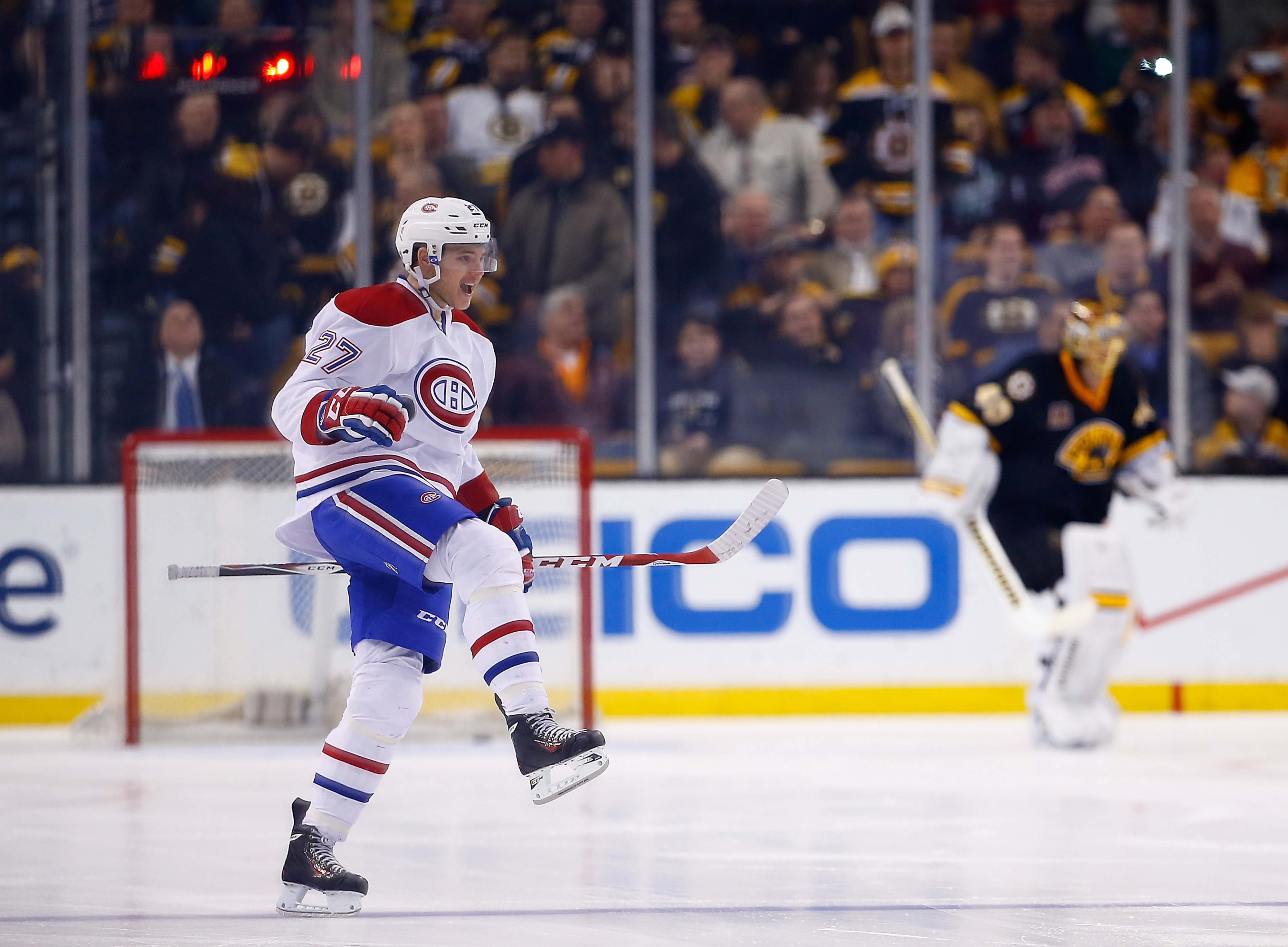 Despite the centre position being a weakness in years past for the Canadiens, as it stands Montreal possesses four very capable centermen that are keeping Galchenyuk on the left wing.

Tomas Plekanec's zone assignments and role on the team definitely aren't suited to Galchenyuk's strong points, as the defensive responsibility would probably be overwhelming for the Milwaukee native.

Manny Malhotra has the fourth line centre spot locked up, and given that he's the best faceoff man on the team, he's not likely to be moved any time soon.

David Desharnais has formed a partnership with Max Pacioretty, a position that he fills reasonably well, albeit not to the point that they should be considered inseparable.  Some see Desharnais as a placeholder for Galchenyuk, but I'm not sure the coach agrees with that sentiment. There's very little chance that Galchenyuk plays any significant amount of time as the team's best centre this year, however if he were to receive a top line bump, it's likely to come from a Desharnais fall from grace.

There's no telling how Alex Galchenyuk would perform in that role, but considering that line receives sheltered zone starts and relatively easy defensive assignments, he has the talent level and drive to make it work. With a player as talented as Max Pacioretty on his left hand side, Galchenyuk's top-notch playmaking ability could be used to terrorize opposing defenders.  With a healthy increase in powerplay ice time, Galchenyuk's offensive production would no doubt skyrocket.  To his credit, Galchenyuk did look good when handed the reigns to the first line on Sunday night. Unfortunately this rare glimpse of Galchenyuk down the middle only occurred due to Desharnais' absence in the lineup.

That leaves us Lars Eller, who currently occupies the third line centre position. This is Galchenyuk's best opportunity to cement himself as a centerman on the team, given that Lars Eller has shown he's quite capable of playing on the wing, even though his numbers indicate he's better down the middle. If Galchenyuk manages to avoid playing on the left wing, odds are he'll do it on the third line with the benefit of second powerplay duties.

With a third-line role, and a relatively small boost in powerplay time on ice, Galchenyuk is likely to produce a reasonably impressive offensive season, albeit it's not the optimal situation for him to break out as a top level NHL scoring threat.

Breaking down the questions facing the Canadiens, and what next season is going to look like.

As a left winger, Galchenyuk has spent his time bouncing around teammates. He started the 2013-14 season, he was placed on a line with Lars Eller and Brendan Gallagher, which seemed to produce instant chemistry, although it was quickly dismantled once they went a few games without scoring.

Following the dissolution of the aforementioned line, Galchenyuk spent a fair amount of time alongside Tomas Plekanec and Brian Gionta. Even though this was an important step into developing Galchenyuk's defensive prowess, something he clearly lacks, it did little to promote scoring.

What does that mean for 2014-15? Well, again it all depends on his line, and teammate usage.  It's quite difficult for any NHL player to produce top forward numbers on the third line, and given that this is where Galchenyuk is likely to be playing, either on the wing or down the middle, this year will likely be another stepping stone for him, one that probably won't see him sneak into the NHL's elite forward lists.

Galchenyuk could also be helped out with some more consistency in his line mates. It takes him to develop chemistry in the NHL, and so far Galchenyuk has not been afforded the luxury of a solid line for more than 20 or so games.

All and all, his slow progress shouldn't necessarily be seen as a negative, since Galchenyuk is still several years away from entering his prime. He has the tool-set to become one of the NHL's best forwards, but it won't happen over night. Patience is key when managing expectations in his case.