Questions facing the Canadiens: Will Beaulieu and Tinordi be given the chance to be NHL regulars?

After playing several games last year, Nathan Beaulieu and Jarred Tinordi will be looking to earn roster spots to begin the NHL season.

Share All sharing options for: Questions facing the Canadiens: Will Beaulieu and Tinordi be given the chance to be NHL regulars?

Nathan Beaulieu and Jarred Tinordi both got an opportunity to play with the Montreal Canadiens last season, with Beaulieu playing 17 games during the season and appearing in seven more in the playoffs, while Tinordi saw action in 22 regular-season games.  This season they will be looking to build upon the previous year and secure full-time positions in the NHL.  Will the Canadiens show the patience required for these prospects to establish themselves as regular NHL defencemen?

The answer to that question depends on whether it is directed toward the management or coaching staff.

Canadiens' general manager Marc Bergevin has consistently told the media that a player's performance relative to his competitors is the most important factor in determining who gets into the lineup.  He called Beaulieu and Tinordi up from the AHL to the big club several times last season after they showed they were capable of competing at a higher level. If a prospect is to earn a roster spot on the team, however, Bergevin wants to be confident that that performance can be maintained for the entire season.

". . . [Y]ou don't want a young kid playing once every two weeks," Bergevin replied to a reporter at the end-of-season press conference, in reponse to a question about the chances of Beaulieu and/or Tinordi making the 2014-'15 team (1:21 into second video). "If we don't feel [he's] ready to play every day—or close to it—so he can get better, then he's better suited to go back [to the AHL] and learn."

Head coach Michel Therrien showed little patience for allowing young defencemen to get better by learning from mistakes and adapting to the NHL game last season, often sitting out Beaulieu and Tinordi during their frequent call-up stints in favour of the veterans Francis Bouillon and Douglas Murray. His reaction to negative plays by his young defencemen (with the Norris Trophy-winning P.K. Subban included in that category) was to bench them for a significant portion of the game rather than putting them back out to let them overcome their errors.

The opportunity to be a fixture on the Canadiens' roster may come down to a competition between the prospect defencemen for the third-pairing spot on the team. There aren't many roster spots open in the lineup for the two left-handed defencemen with Andrei Markov and Alexei Emelin penned into the top six. Based on Bergevin's previous comments, it doesn't seem likely that he will designate a rookie to sit in the pressbox as the depth defenceman on the 23-man roster, therefore it may be that only one of these prospects can make the team. 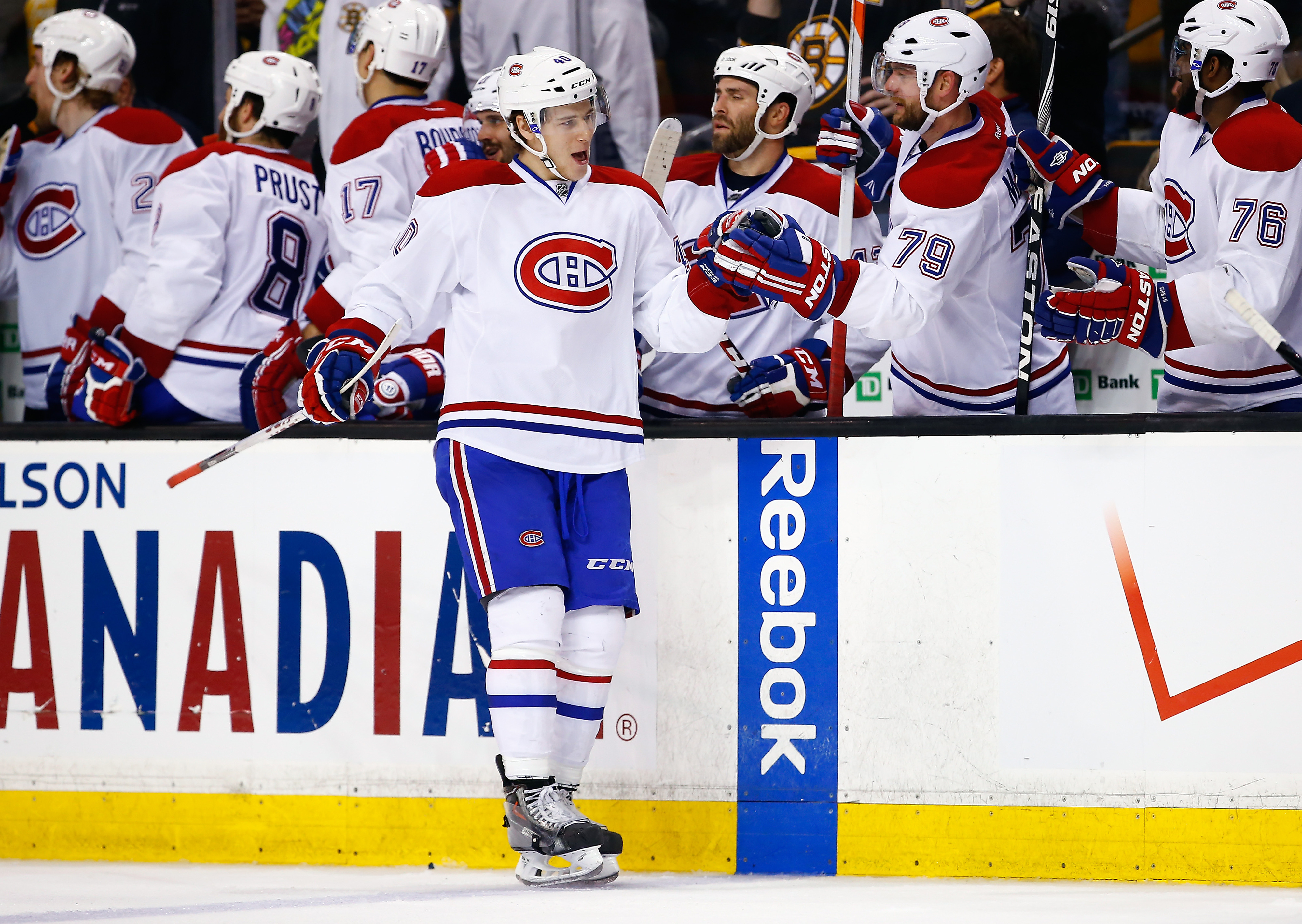 Beaulieu has virtually locked up the vacant spot in the Canadiens' defence corps. He has played well enough through the rookie and training camps and the pre-season to show that he is at least a better player than his peers and very likely better than a few of the established veterans. He also has the benefit of NHL playoff experience after playing in seven of the Canadiens' final eight playoff games last season, including two elimination games against the Boston Bruins and five games in the Eastern Conference Finals against the New York Rangers.

His smooth skating and puck-moving make him a versatile asset who can slot into any pairing, and going by the defensive duos we've seen throughout training camp and the pre-season, he will complement the defensively-minded Mike Weaver on the third pairing to begin the season for Montreal. 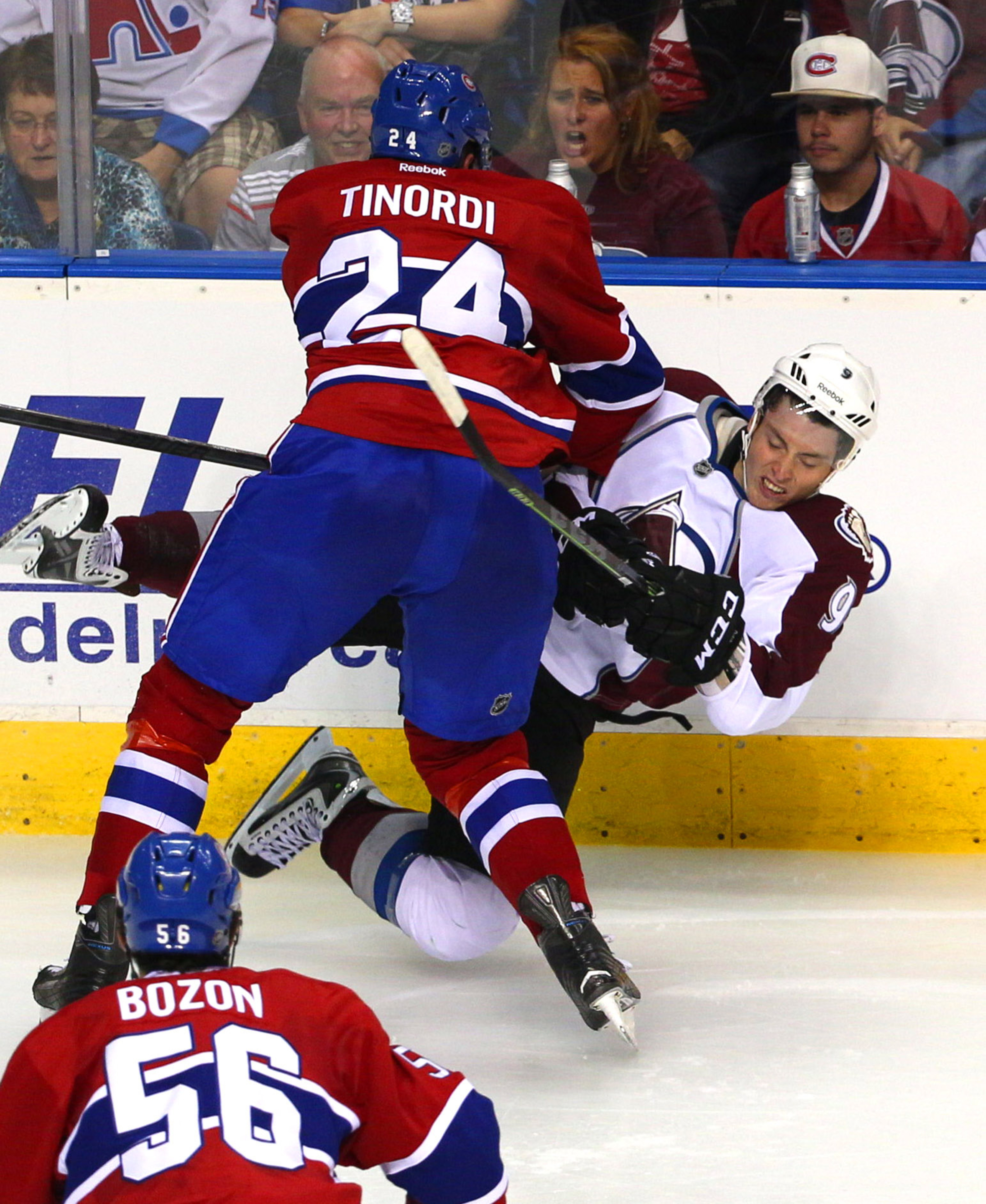 Tinordi's position with the club is less assured. Last year's limited playtime is highlighted (perhaps unfairly) by two turnovers that directly led to goals against, which won't help with Therrien's apprehension when it comes to playing unestablished rookies.

It's also up for debate whether he is even the second-best defensive prospect in the Canadiens organization. He has probably separated himself from Greg Pateryn—his partner throughout training camp and the pre-season and a player Marc Bergevin included in the conversation about the rookies with potential to make the team. However, after the good pre-season showing that Magnus Nygren has had, Tinordi may find that he is now number three on the prospective defencemen depth chart.

Tinordi is a good player with lots of size and physicality along with decent movement and puck-handling ability, but he may be better served by the alternate option that Bergevin suggested, playing top-pairing minutes for another season with the Hamilton Bulldogs in the American Hockey League.