Koivu's time in with the Habs touched many; this is Bruce Peter's story.

How I Became a Canadiens Fan, Again

During the last NHL lockout, we at Eyes On the Prize did a series about us, the writers of the site, and how we became fans of the Canadiens. I left my story in 1993, just after the Canadiens won the Stanley Cup with my hometown's hero Lyle Odelein playing a part. By then, my Canadiens' fandom was well established and handsomely rewarded, even if it was somewhat mysterious to me how I became such a massive fan. My best explanation for it was simply that the team chose me in some manner. 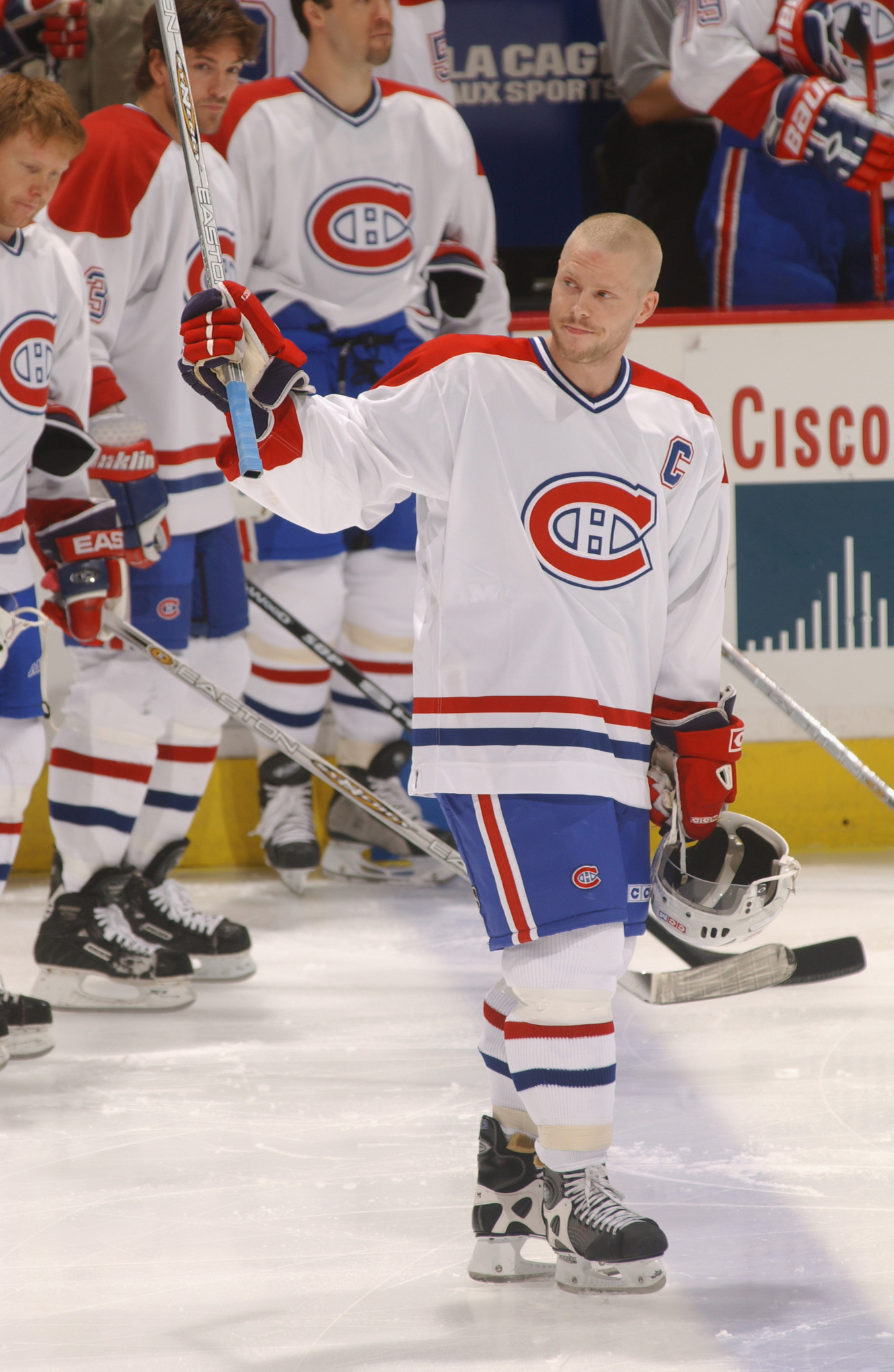 Of course, we all know what happened to the Canadiens after 1993. Very quickly, the championship lustre wore off as the team went about trading away key members of the club for reasons either financial or image related. Guy Carbonneau was traded a year later after flipping the bird to a photographer at a golf course. Kirk Muller became captain and lasted all of a one lockout-shortened season in the job in which they missed the playoffs. Mike Keane took over and lasted 18 games before being part of the Patrick Roy trade, gutting the remaining leadership core from the 1993 Cup. Pierre Turgeon, who wasn't on the Cup team, took the reigns and led the team out of the Montreal Forum, just to rub it in that the  team wasn't anywhere near their last championship anymore. Then he was traded. Vincent Damphousse, who was on that Cup team, lasted nearly three years as captain, but his reign ended with the team even further from their glory then ever before.

The Canadiens were Les Glorieux in mythology only by then. This all happened during my teenage years, my adolescence, my high school years. As I was figuring out who/what exactly I was (after another move, no longer in Odelein's hometown of Quill Lake, which we moved out of in the summer of 1993), I pretty much abandoned the Canadiens. I watched hockey in the playoffs, and if some friends were watching Hockey Night in Canada, but with every year I was less and less a fan. My rabid Canadiens' fandom remained firmly back in my childhood, and I really had no intention of ever changing that. The team was terrible and played in a weird, new, way too large building. They were lost, and had lost me along the way.

"I mention all this as a thank you to Saku for fighting for your life out of the spotlight, and giving us one of the truly special moments in Canadiens history."

By 2001, my main interests revolved around being a music geek, as well as working out my political beliefs in university. Professional sports were a sideshow, I really didn't take to them very much. I knew the things a casual fan knew ... I watched Gretzky's retirement game, I knew Lemieux had come back to play, I knew Bourque got traded and that the game was all about Lindros, Stevens, Hasek, Sakic, Roy (still), Forsberg, Yzerman and Fedorov now. I knew who Chris Pronger was but had no real idea of how good he was. And yeah, I knew that all Hockey Night in Canada ever showed now was the Maple Leafs, who were a pretty good team with a lot of money.

I also knew the Canadiens sucked and were still broke, but had a good young goalie coming up in Jose Theodore. I knew that Brian Savage always started off scoring in October and then disappeared. I knew that Patrice Brisebois had the misfortune of being nicknamed 'Breeze-by'. And I knew the young Canadiens captain, Saku Koivu, got hurt all the time. When people would ask, I'd say I was a Canadiens fan, but no one really took me as someone that knew a lot about hockey or the league. I was just a guy that liked to watch the playoffs.

In that time just after September 11, I heard the news of his cancer. I can't say it really affected me personally, it was obviously terrible news and I felt sad for him and the team, but I was pretty disconnected from the situation that I really didn't think about it too much. I never saw the applause he got when introduced in the home opener, when he appeared very sick. But that year, I did start to follow the Canadiens a bit more closely. I had played enough EA Sports games to get familiar with who exactly was on this team now, enough to have moments like: "wait, Oleg Petrov ... why do I know this name?" I followed enough to remember that time in late October when both Jeff Hackett and Jose Theodore were injured and the Canadiens had to call up Mathieu Garon as their starter and 18-year-old Olivier Michaud to back him up. I remember seeing the first games after Donald Audette was acquired, how he was excellent and scoring and things looked up ... and then he got his arm sliced up.

I didn't know exactly why I was watching a bit more (not obsessively, but enough to follow the ebbs and flow of the season), but it seemed a relief from the endless War on Terrorism coverage that you were bombarded with for most of the rest of the time. I even watched the World Series that year for the first time since they cancelled it to prevent the Expos from winning. The Canadiens crept back into my consciousness that winter, and the team's drive for the playoffs backed by an amazing performance by Jose Theodore came at the right time.

In the background, was the fact that the Canadiens captain was battling for his life. Again, my connection to Saku Koivu at that point was pretty minimal. Because he was so often injured, and the Canadiens rarely made the playoffs, I really hadn't seen him play all that much. All of these players, save for Brisebois and Brian Savage (traded mid-season), were either new to the Canadiens or new to me. But it felt like they were playing for something beyond just getting respect. That was a benefit to the results, but the season was really an inspired performance by a pretty rag-tag group of way over the hill veterans spliced with a couple of new guys waiting for their captain to return.

And then he did, in the very game they clinched their first playoff berth in three years. And they got to face the Bruins. I was overjoyed with how it all seemed to turn out. Then they gave us a full month of extra hockey. Beating the Bruins was excellent, Saku's game winner in Game 3 was magic, and they even looked like they might just beat the Hurricanes before it all came to a real brutal end to which I still hold Therrien accountable for.

I mention all this as a thank you to Saku for fighting for your life out of the spotlight, and giving us one of the truly special moments in Canadiens history. Obviously the credit goes to the medical staff led by Dr. Mulder, but you, Saku, gave the Canadiens and the city of Montreal a desperately needed gift with your courageous battle. And the fact that you've given so much back to Montreal since your successful battle was completed only deepens our affection to you. You were a truly great player who was an even better human being, one that us Canadiens fans will never forget. 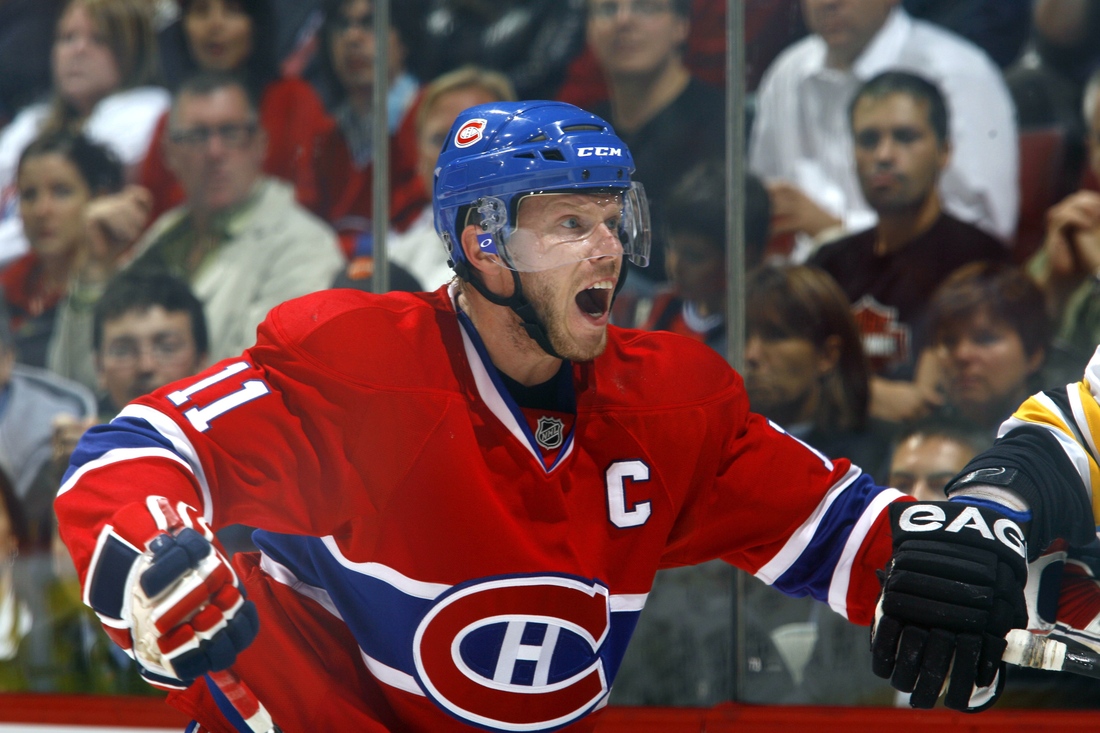 I've lost a few people dear to me in my life due to complications from cancer and the disease itself. Three people in the past four years who helped raised me are gone, and only one of them was I able to have a real goodbye moment with. This past fall, when my mom was diagnosed with a form of colon cancer, we put up a brave front as a family and after surgery and twelve rounds of chemo, I'm happy to say that things look very promising for her. As you know, you don't get the 'all-clear' until years after but we're feeling quite fortunate right now. Thank you for everything you do to help people detect and fight cancer in all its forms, especially for the people of Montreal and Quebec. I have no doubt that you, and people like you around the world, have helped to advance the cause to the point of saving many people's lives.

Even though I wasn't enough of a fan to recognize it before your battle, you truly were the embodiment of what we all wish captains of the Montreal Canadiens can and should be with how you played, and how you carried yourself before your teammates. But you meant much more than that to so many of us because of what you went through, and how you responded to it, and how you continue to respond to it.

We've been missing you for five years already, Saku, so I can't simply say 'we'll miss you'. So instead, I just have to say, thank you. You're the best.